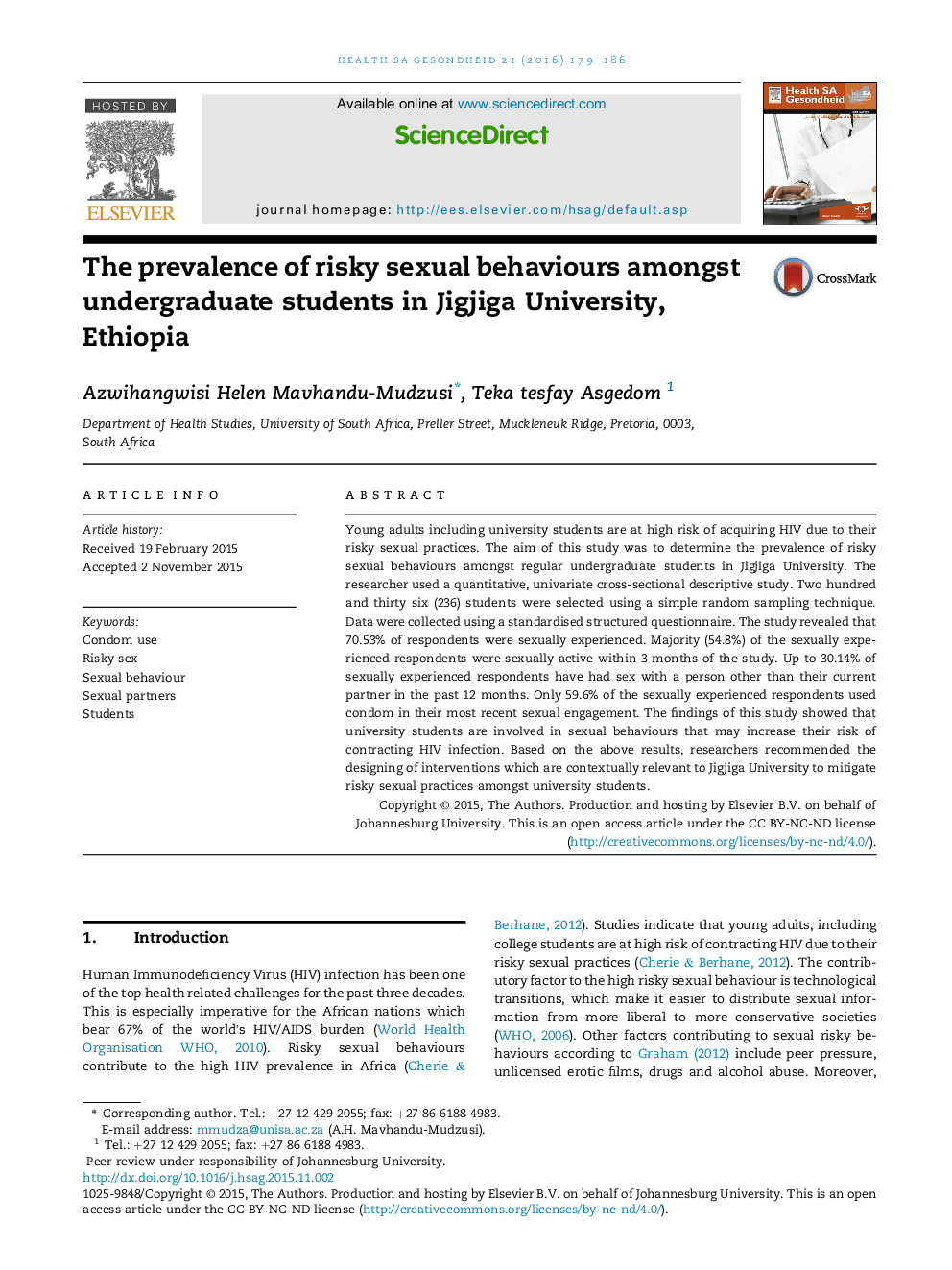 Young adults including university students are at high risk of acquiring HIV due to their risky sexual practices. The aim of this study was to determine the prevalence of risky sexual behaviours amongst regular undergraduate students in Jigjiga University. The researcher used a quantitative, univariate cross-sectional descriptive study. Two hundred and thirty six (236) students were selected using a simple random sampling technique. Data were collected using a standardised structured questionnaire. The study revealed that 70.53% of respondents were sexually experienced. Majority (54.8%) of the sexually experienced respondents were sexually active within 3 months of the study. Up to 30.14% of sexually experienced respondents have had sex with a person other than their current partner in the past 12 months. Only 59.6% of the sexually experienced respondents used condom in their most recent sexual engagement. The findings of this study showed that university students are involved in sexual behaviours that may increase their risk of contracting HIV infection. Based on the above results, researchers recommended the designing of interventions which are contextually relevant to Jigjiga University to mitigate risky sexual practices amongst university students.