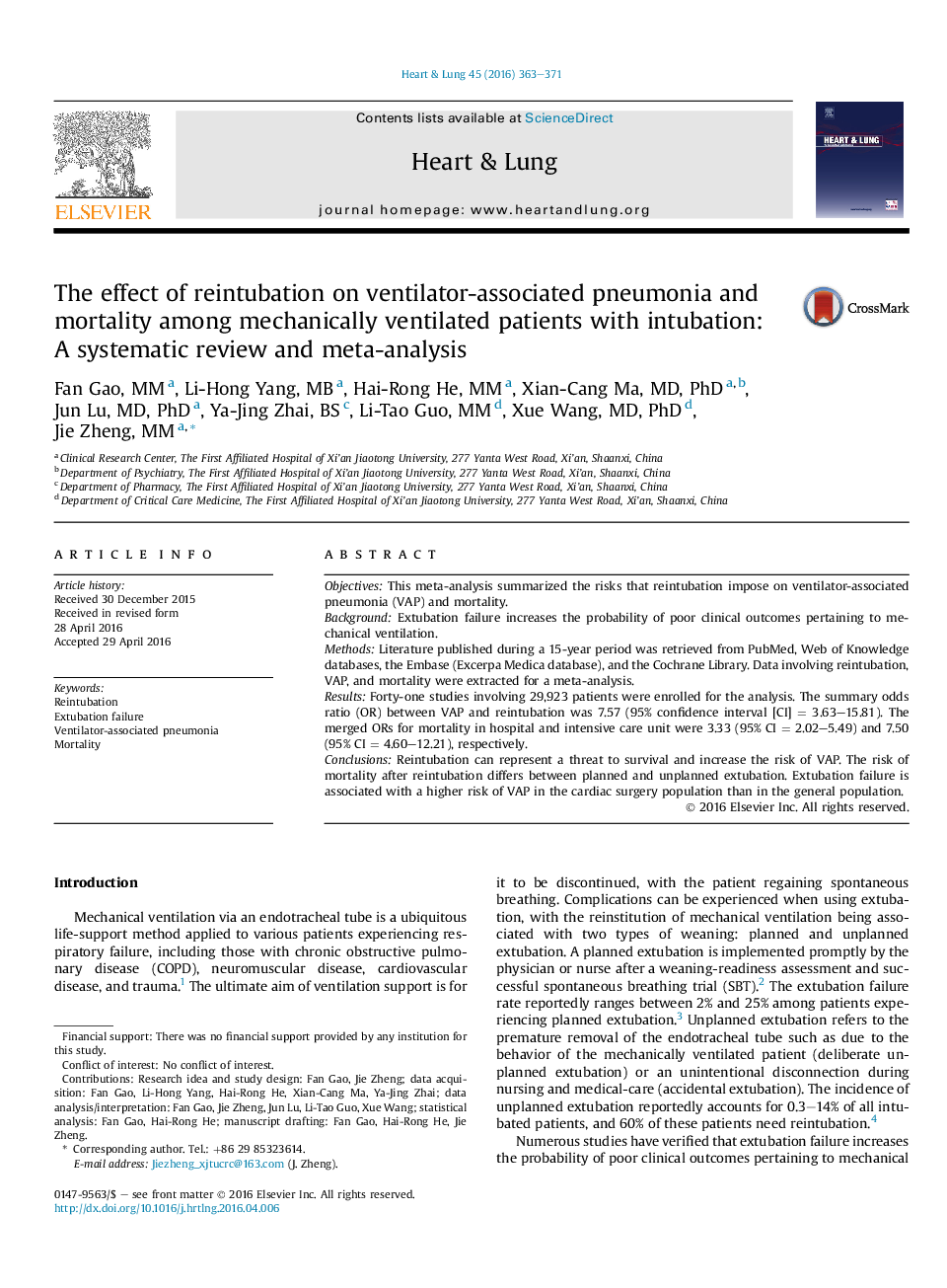 ObjectivesThis meta-analysis summarized the risks that reintubation impose on ventilator-associated pneumonia (VAP) and mortality.BackgroundExtubation failure increases the probability of poor clinical outcomes pertaining to mechanical ventilation.MethodsLiterature published during a 15-year period was retrieved from PubMed, Web of Knowledge databases, the Embase (Excerpa Medica database), and the Cochrane Library. Data involving reintubation, VAP, and mortality were extracted for a meta-analysis.ResultsForty-one studies involving 29,923 patients were enrolled for the analysis. The summary odds ratio (OR) between VAP and reintubation was 7.57 (95% confidence interval [CI] = 3.63–15.81). The merged ORs for mortality in hospital and intensive care unit were 3.33 (95% CI = 2.02–5.49) and 7.50 (95% CI = 4.60–12.21), respectively.ConclusionsReintubation can represent a threat to survival and increase the risk of VAP. The risk of mortality after reintubation differs between planned and unplanned extubation. Extubation failure is associated with a higher risk of VAP in the cardiac surgery population than in the general population.