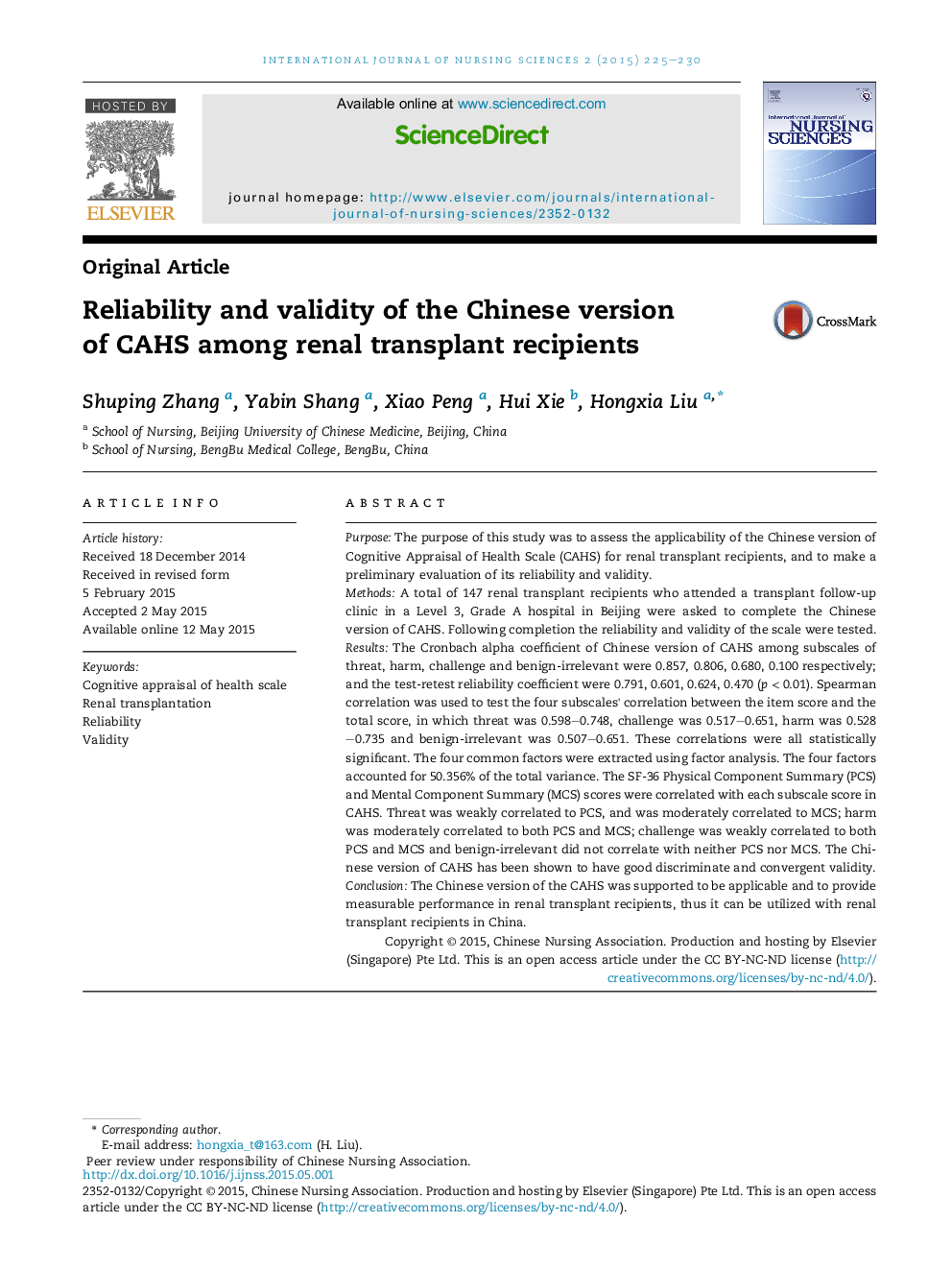 PurposeThe purpose of this study was to assess the applicability of the Chinese version of Cognitive Appraisal of Health Scale (CAHS) for renal transplant recipients, and to make a preliminary evaluation of its reliability and validity.MethodsA total of 147 renal transplant recipients who attended a transplant follow-up clinic in a Level 3, Grade A hospital in Beijing were asked to complete the Chinese version of CAHS. Following completion the reliability and validity of the scale were tested.ResultsThe Cronbach alpha coefficient of Chinese version of CAHS among subscales of threat, harm, challenge and benign-irrelevant were 0.857, 0.806, 0.680, 0.100 respectively; and the test-retest reliability coefficient were 0.791, 0.601, 0.624, 0.470 (p < 0.01). Spearman correlation was used to test the four subscales' correlation between the item score and the total score, in which threat was 0.598–0.748, challenge was 0.517–0.651, harm was 0.528–0.735 and benign-irrelevant was 0.507–0.651. These correlations were all statistically significant. The four common factors were extracted using factor analysis. The four factors accounted for 50.356% of the total variance. The SF-36 Physical Component Summary (PCS) and Mental Component Summary (MCS) scores were correlated with each subscale score in CAHS. Threat was weakly correlated to PCS, and was moderately correlated to MCS; harm was moderately correlated to both PCS and MCS; challenge was weakly correlated to both PCS and MCS and benign-irrelevant did not correlate with neither PCS nor MCS. The Chinese version of CAHS has been shown to have good discriminate and convergent validity.ConclusionThe Chinese version of the CAHS was supported to be applicable and to provide measurable performance in renal transplant recipients, thus it can be utilized with renal transplant recipients in China.