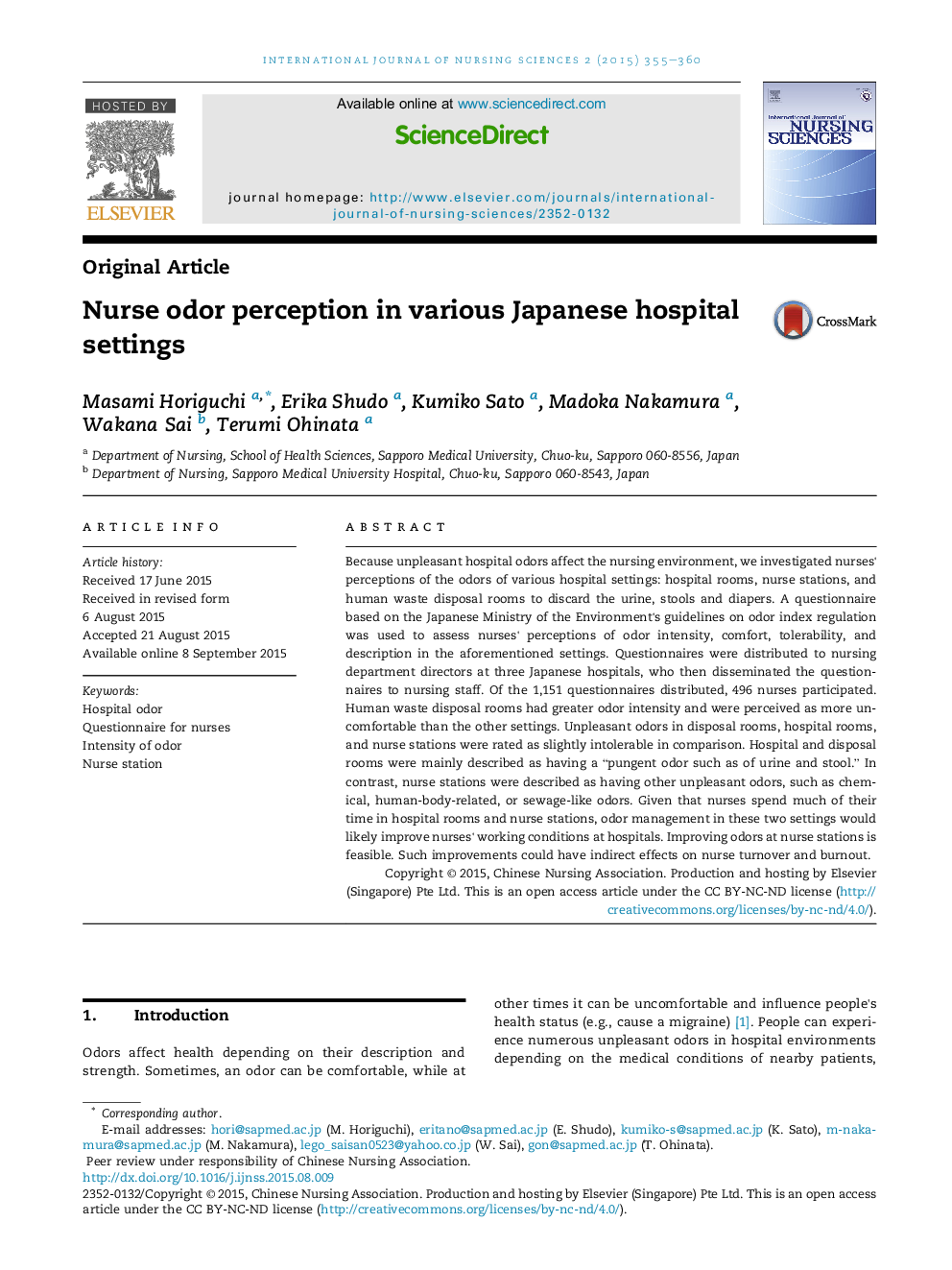 Because unpleasant hospital odors affect the nursing environment, we investigated nurses' perceptions of the odors of various hospital settings: hospital rooms, nurse stations, and human waste disposal rooms to discard the urine, stools and diapers. A questionnaire based on the Japanese Ministry of the Environment's guidelines on odor index regulation was used to assess nurses' perceptions of odor intensity, comfort, tolerability, and description in the aforementioned settings. Questionnaires were distributed to nursing department directors at three Japanese hospitals, who then disseminated the questionnaires to nursing staff. Of the 1,151 questionnaires distributed, 496 nurses participated. Human waste disposal rooms had greater odor intensity and were perceived as more uncomfortable than the other settings. Unpleasant odors in disposal rooms, hospital rooms, and nurse stations were rated as slightly intolerable in comparison. Hospital and disposal rooms were mainly described as having a “pungent odor such as of urine and stool.” In contrast, nurse stations were described as having other unpleasant odors, such as chemical, human-body-related, or sewage-like odors. Given that nurses spend much of their time in hospital rooms and nurse stations, odor management in these two settings would likely improve nurses' working conditions at hospitals. Improving odors at nurse stations is feasible. Such improvements could have indirect effects on nurse turnover and burnout.