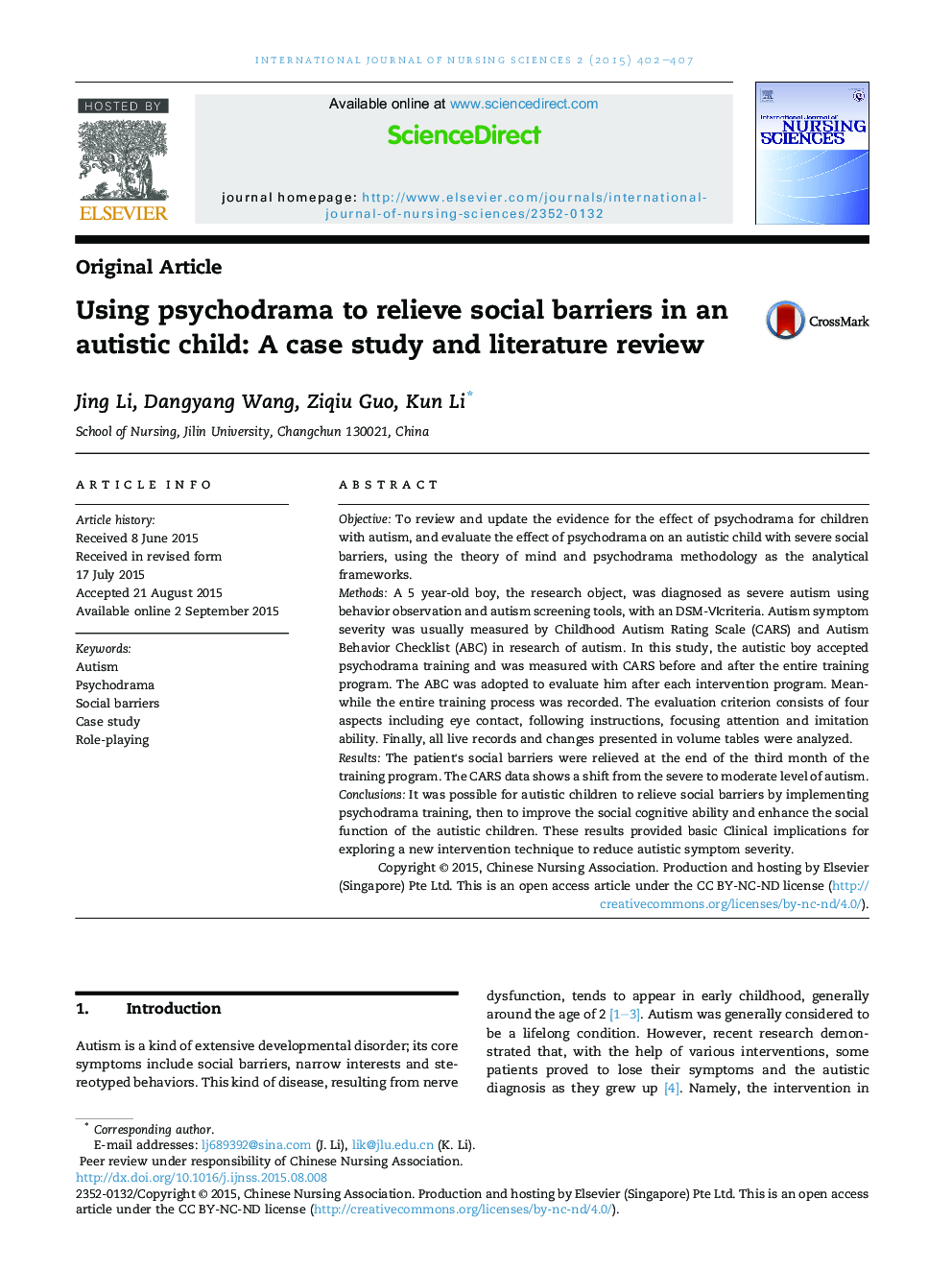 ObjectiveTo review and update the evidence for the effect of psychodrama for children with autism, and evaluate the effect of psychodrama on an autistic child with severe social barriers, using the theory of mind and psychodrama methodology as the analytical frameworks.MethodsA 5 year-old boy, the research object, was diagnosed as severe autism using behavior observation and autism screening tools, with an DSM-Ⅵcriteria. Autism symptom severity was usually measured by Childhood Autism Rating Scale (CARS) and Autism Behavior Checklist (ABC) in research of autism. In this study, the autistic boy accepted psychodrama training and was measured with CARS before and after the entire training program. The ABC was adopted to evaluate him after each intervention program. Meanwhile the entire training process was recorded. The evaluation criterion consists of four aspects including eye contact, following instructions, focusing attention and imitation ability. Finally, all live records and changes presented in volume tables were analyzed.ResultsThe patient's social barriers were relieved at the end of the third month of the training program. The CARS data shows a shift from the severe to moderate level of autism.ConclusionsIt was possible for autistic children to relieve social barriers by implementing psychodrama training, then to improve the social cognitive ability and enhance the social function of the autistic children. These results provided basic Clinical implications for exploring a new intervention technique to reduce autistic symptom severity.