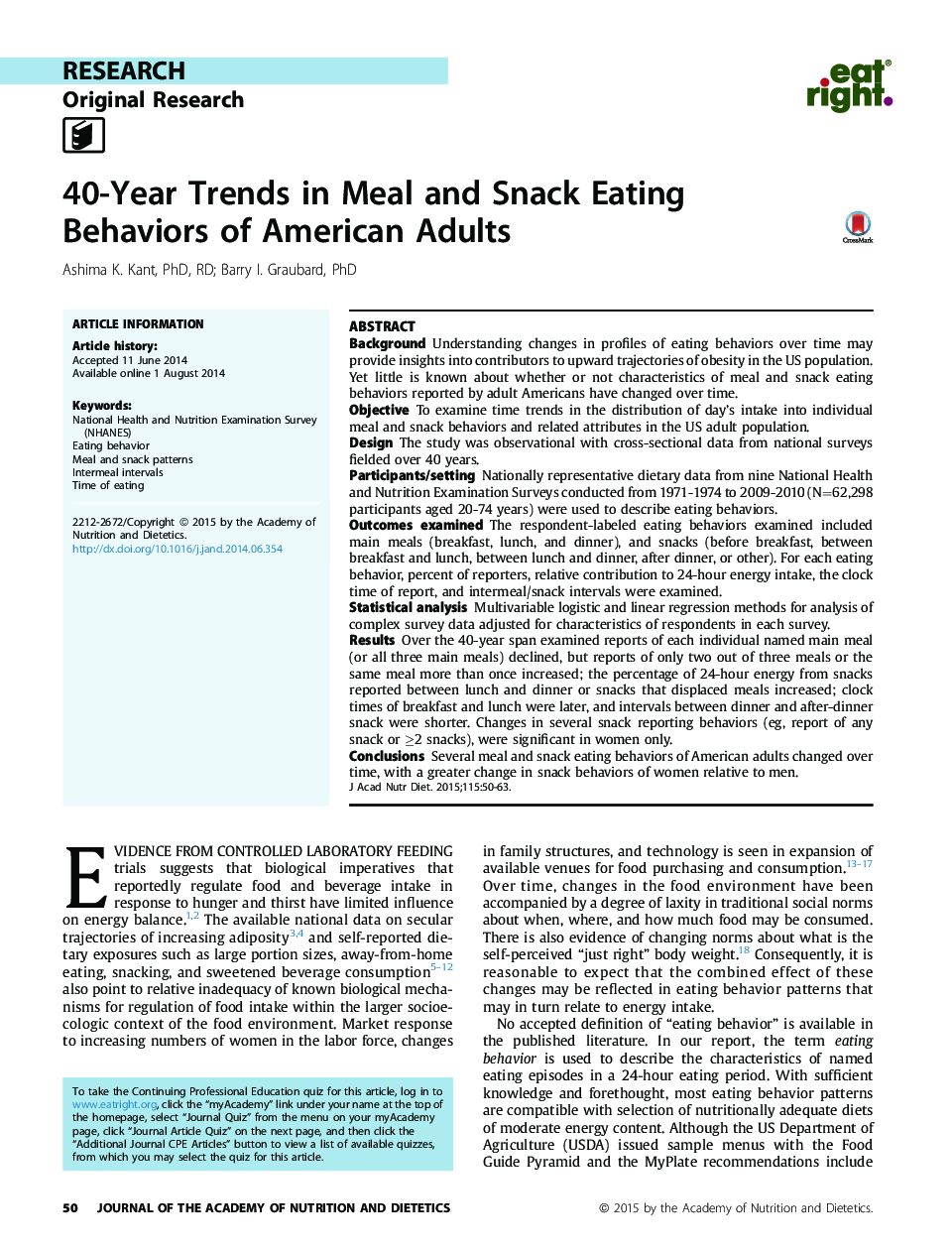 BackgroundUnderstanding changes in profiles of eating behaviors over time may provide insights into contributors to upward trajectories of obesity in the US population. Yet little is known about whether or not characteristics of meal and snack eating behaviors reported by adult Americans have changed over time.ObjectiveTo examine time trends in the distribution of day’s intake into individual meal and snack behaviors and related attributes in the US adult population.DesignThe study was observational with cross-sectional data from national surveys fielded over 40 years.Participants/settingNationally representative dietary data from nine National Health and Nutrition Examination Surveys conducted from 1971-1974 to 2009-2010 (N=62,298 participants aged 20-74 years) were used to describe eating behaviors.Outcomes examinedThe respondent-labeled eating behaviors examined included main meals (breakfast, lunch, and dinner), and snacks (before breakfast, between breakfast and lunch, between lunch and dinner, after dinner, or other). For each eating behavior, percent of reporters, relative contribution to 24-hour energy intake, the clock time of report, and intermeal/snack intervals were examined.Statistical analysisMultivariable logistic and linear regression methods for analysis of complex survey data adjusted for characteristics of respondents in each survey.ResultsOver the 40-year span examined reports of each individual named main meal (or all three main meals) declined, but reports of only two out of three meals or the same meal more than once increased; the percentage of 24-hour energy from snacks reported between lunch and dinner or snacks that displaced meals increased; clock times of breakfast and lunch were later, and intervals between dinner and after-dinner snack were shorter. Changes in several snack reporting behaviors (eg, report of any snack or ≥2 snacks), were significant in women only.ConclusionsSeveral meal and snack eating behaviors of American adults changed over time, with a greater change in snack behaviors of women relative to men.