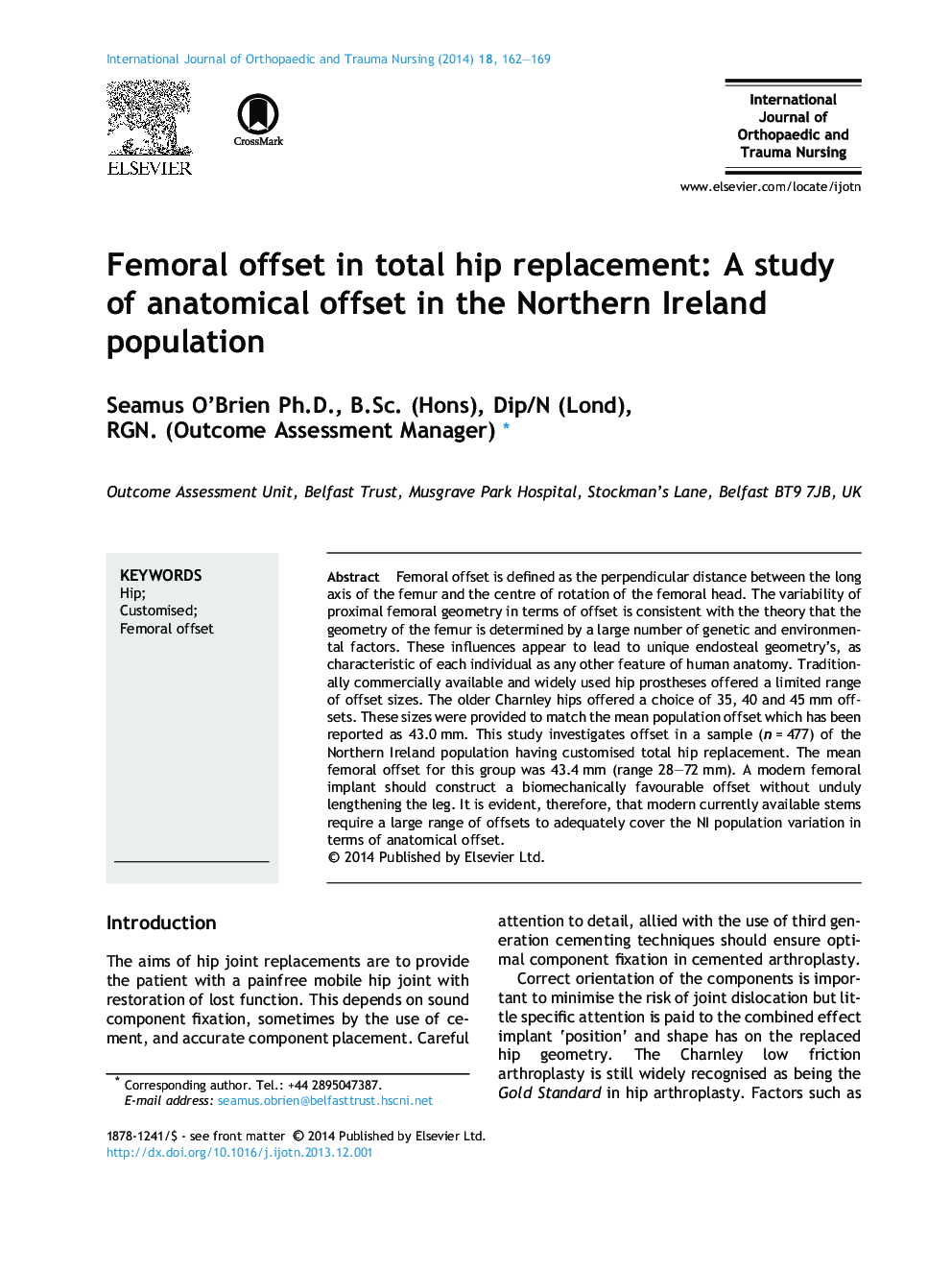 Femoral offset is defined as the perpendicular distance between the long axis of the femur and the centre of rotation of the femoral head. The variability of proximal femoral geometry in terms of offset is consistent with the theory that the geometry of the femur is determined by a large number of genetic and environmental factors. These influences appear to lead to unique endosteal geometry’s, as characteristic of each individual as any other feature of human anatomy. Traditionally commercially available and widely used hip prostheses offered a limited range of offset sizes. The older Charnley hips offered a choice of 35, 40 and 45 mm offsets. These sizes were provided to match the mean population offset which has been reported as 43.0 mm. This study investigates offset in a sample (n = 477) of the Northern Ireland population having customised total hip replacement. The mean femoral offset for this group was 43.4 mm (range 28–72 mm). A modern femoral implant should construct a biomechanically favourable offset without unduly lengthening the leg. It is evident, therefore, that modern currently available stems require a large range of offsets to adequately cover the NI population variation in terms of anatomical offset.