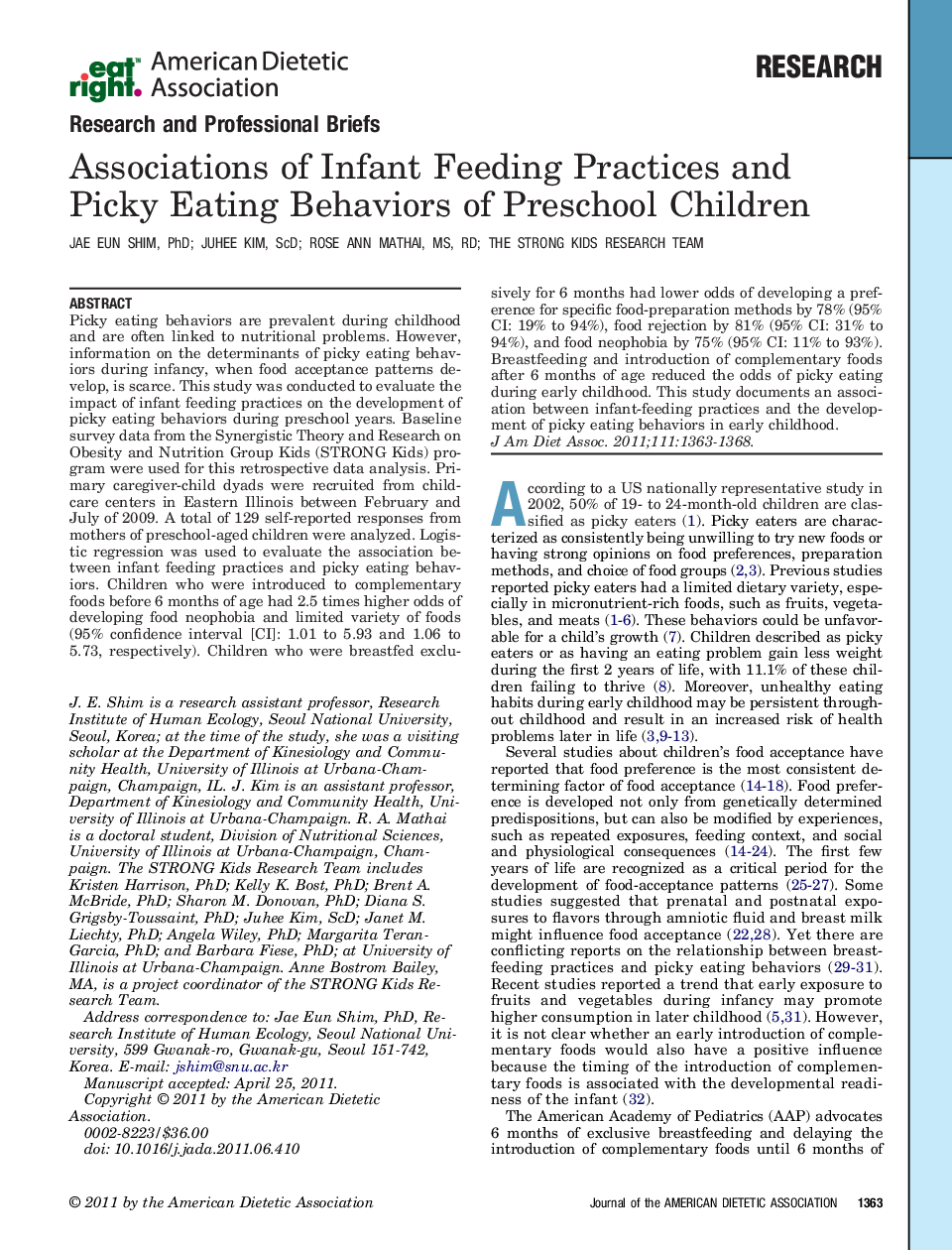 Picky eating behaviors are prevalent during childhood and are often linked to nutritional problems. However, information on the determinants of picky eating behaviors during infancy, when food acceptance patterns develop, is scarce. This study was conducted to evaluate the impact of infant feeding practices on the development of picky eating behaviors during preschool years. Baseline survey data from the Synergistic Theory and Research on Obesity and Nutrition Group Kids (STRONG Kids) program were used for this retrospective data analysis. Primary caregiver-child dyads were recruited from child-care centers in Eastern Illinois between February and July of 2009. A total of 129 self-reported responses from mothers of preschool-aged children were analyzed. Logistic regression was used to evaluate the association between infant feeding practices and picky eating behaviors. Children who were introduced to complementary foods before 6 months of age had 2.5 times higher odds of developing food neophobia and limited variety of foods (95% confidence interval [CI]: 1.01 to 5.93 and 1.06 to 5.73, respectively). Children who were breastfed exclusively for 6 months had lower odds of developing a preference for specific food-preparation methods by 78% (95% CI: 19% to 94%), food rejection by 81% (95% CI: 31% to 94%), and food neophobia by 75% (95% CI: 11% to 93%). Breastfeeding and introduction of complementary foods after 6 months of age reduced the odds of picky eating during early childhood. This study documents an association between infant-feeding practices and the development of picky eating behaviors in early childhood.