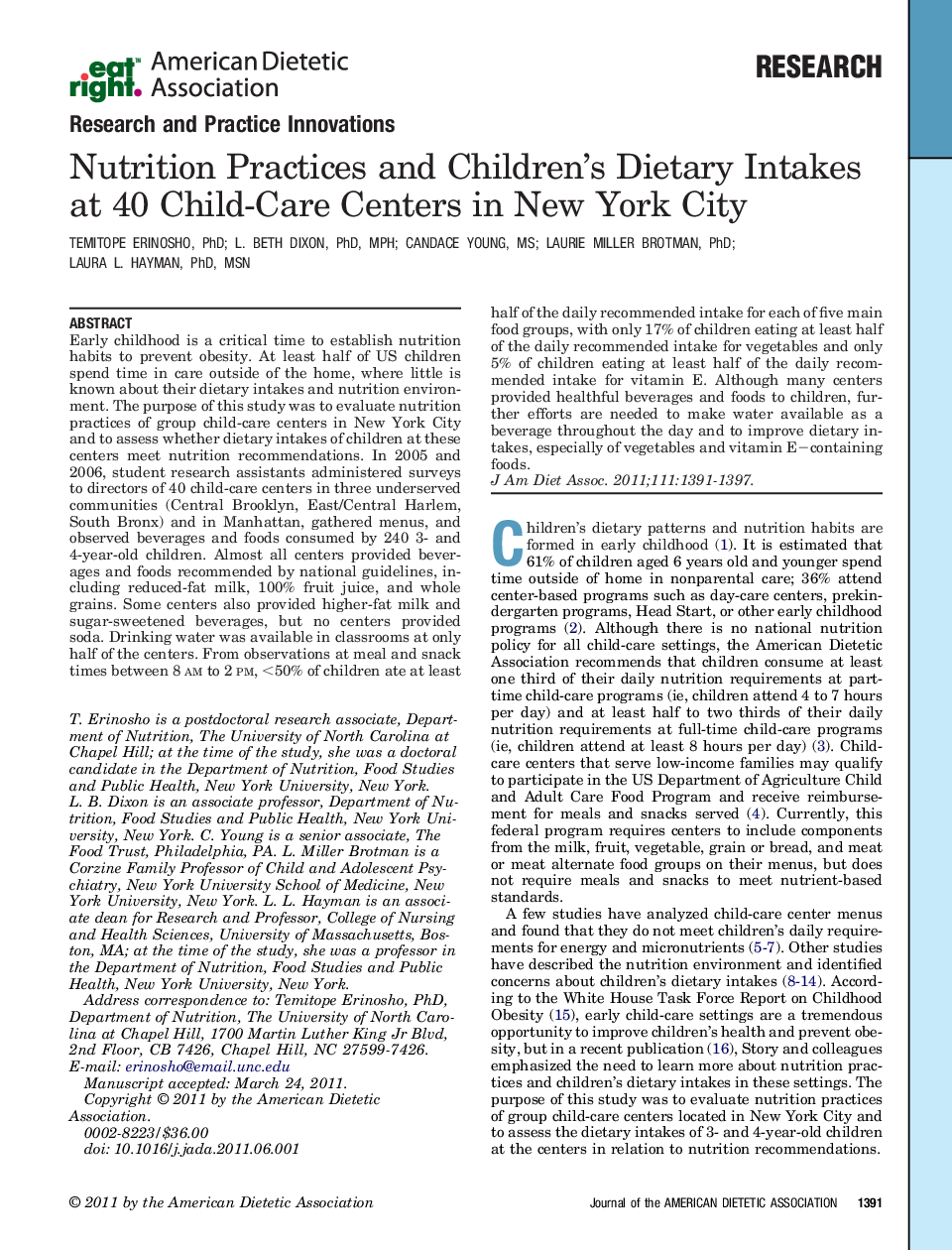 Early childhood is a critical time to establish nutrition habits to prevent obesity. At least half of US children spend time in care outside of the home, where little is known about their dietary intakes and nutrition environment. The purpose of this study was to evaluate nutrition practices of group child-care centers in New York City and to assess whether dietary intakes of children at these centers meet nutrition recommendations. In 2005 and 2006, student research assistants administered surveys to directors of 40 child-care centers in three underserved communities (Central Brooklyn, East/Central Harlem, South Bronx) and in Manhattan, gathered menus, and observed beverages and foods consumed by 240 3- and 4-year-old children. Almost all centers provided beverages and foods recommended by national guidelines, including reduced-fat milk, 100% fruit juice, and whole grains. Some centers also provided higher-fat milk and sugar-sweetened beverages, but no centers provided soda. Drinking water was available in classrooms at only half of the centers. From observations at meal and snack times between 8 am to 2 pm, <50% of children ate at least half of the daily recommended intake for each of five main food groups, with only 17% of children eating at least half of the daily recommended intake for vegetables and only 5% of children eating at least half of the daily recommended intake for vitamin E. Although many centers provided healthful beverages and foods to children, further efforts are needed to make water available as a beverage throughout the day and to improve dietary intakes, especially of vegetables and vitamin E−containing foods.