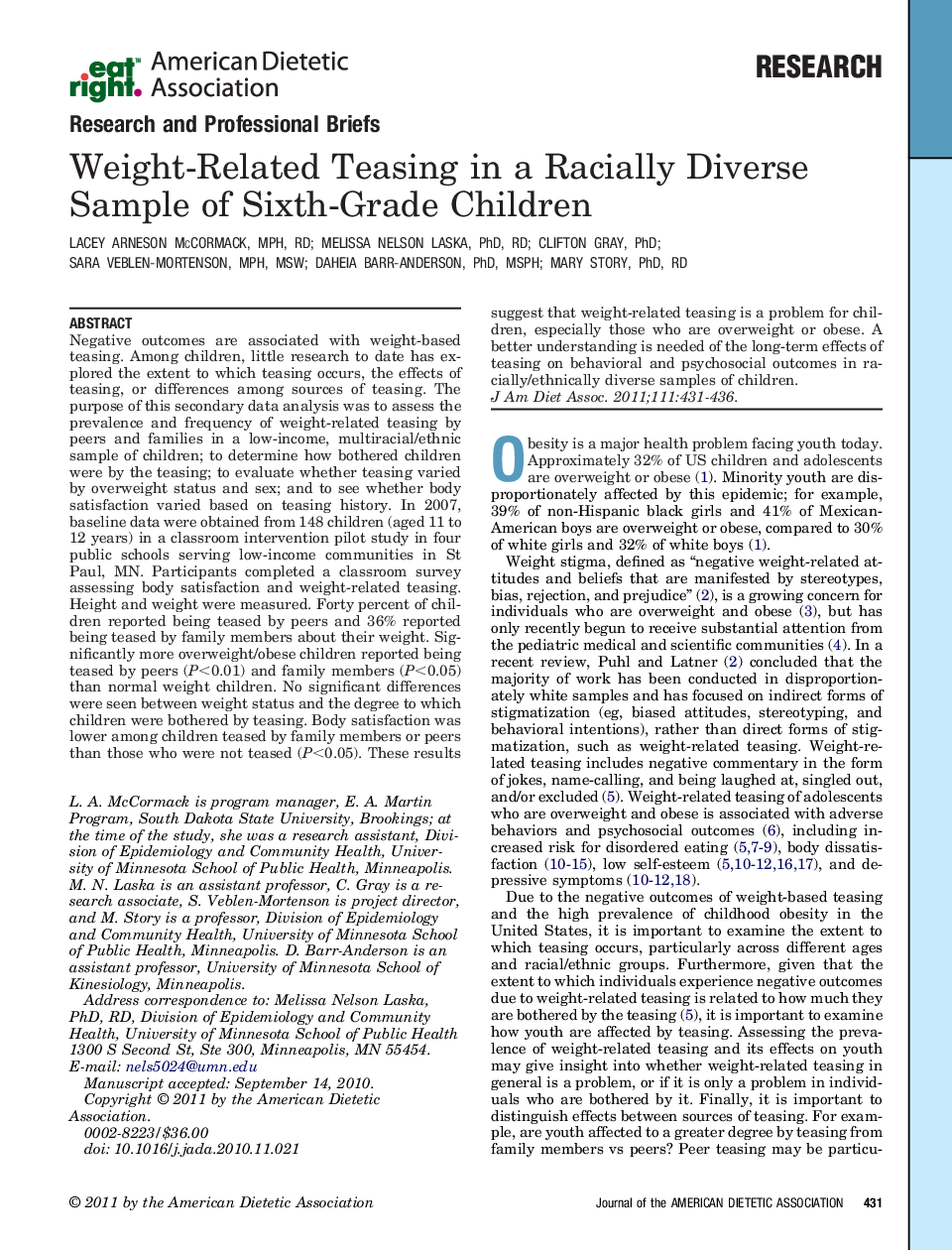 Negative outcomes are associated with weight-based teasing. Among children, little research to date has explored the extent to which teasing occurs, the effects of teasing, or differences among sources of teasing. The purpose of this secondary data analysis was to assess the prevalence and frequency of weight-related teasing by peers and families in a low-income, multiracial/ethnic sample of children; to determine how bothered children were by the teasing; to evaluate whether teasing varied by overweight status and sex; and to see whether body satisfaction varied based on teasing history. In 2007, baseline data were obtained from 148 children (aged 11 to 12 years) in a classroom intervention pilot study in four public schools serving low-income communities in St Paul, MN. Participants completed a classroom survey assessing body satisfaction and weight-related teasing. Height and weight were measured. Forty percent of children reported being teased by peers and 36% reported being teased by family members about their weight. Significantly more overweight/obese children reported being teased by peers (P<0.01) and family members (P<0.05) than normal weight children. No significant differences were seen between weight status and the degree to which children were bothered by teasing. Body satisfaction was lower among children teased by family members or peers than those who were not teased (P<0.05). These results suggest that weight-related teasing is a problem for children, especially those who are overweight or obese. A better understanding is needed of the long-term effects of teasing on behavioral and psychosocial outcomes in racially/ethnically diverse samples of children.