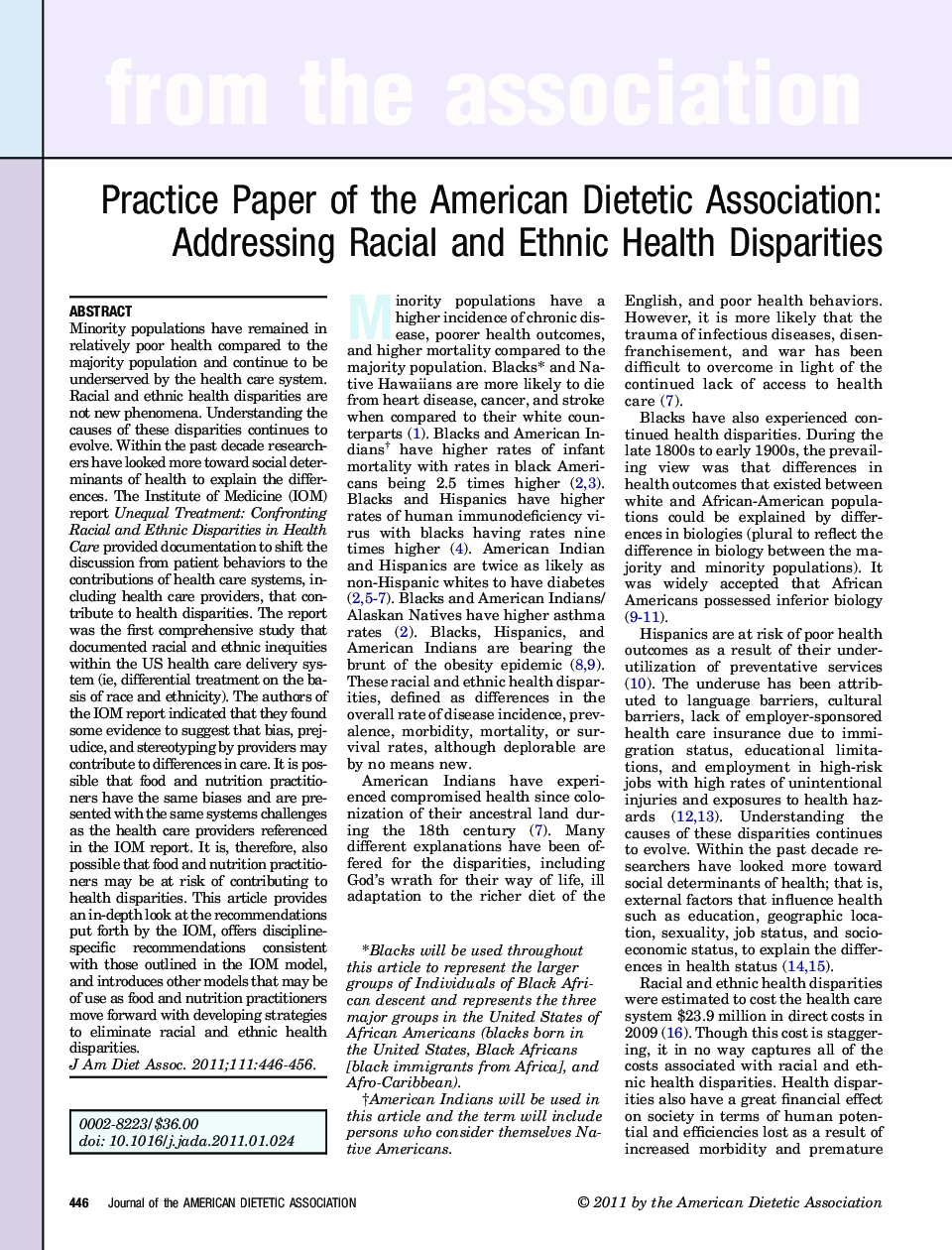 Minority populations have remained in relatively poor health compared to the majority population and continue to be underserved by the health care system. Racial and ethnic health disparities are not new phenomena. Understanding the causes of these disparities continues to evolve. Within the past decade researchers have looked more toward social determinants of health to explain the differences. The Institute of Medicine (IOM) report Unequal Treatment: Confronting Racial and Ethnic Disparities in Health Care provided documentation to shift the discussion from patient behaviors to the contributions of health care systems, including health care providers, that contribute to health disparities. The report was the first comprehensive study that documented racial and ethnic inequities within the US health care delivery system (ie, differential treatment on the basis of race and ethnicity). The authors of the IOM report indicated that they found some evidence to suggest that bias, prejudice, and stereotyping by providers may contribute to differences in care. It is possible that food and nutrition practitioners have the same biases and are presented with the same systems challenges as the health care providers referenced in the IOM report. It is, therefore, also possible that food and nutrition practitioners may be at risk of contributing to health disparities. This article provides an in-depth look at the recommendations put forth by the IOM, offers discipline-specific recommendations consistent with those outlined in the IOM model, and introduces other models that may be of use as food and nutrition practitioners move forward with developing strategies to eliminate racial and ethnic health disparities.