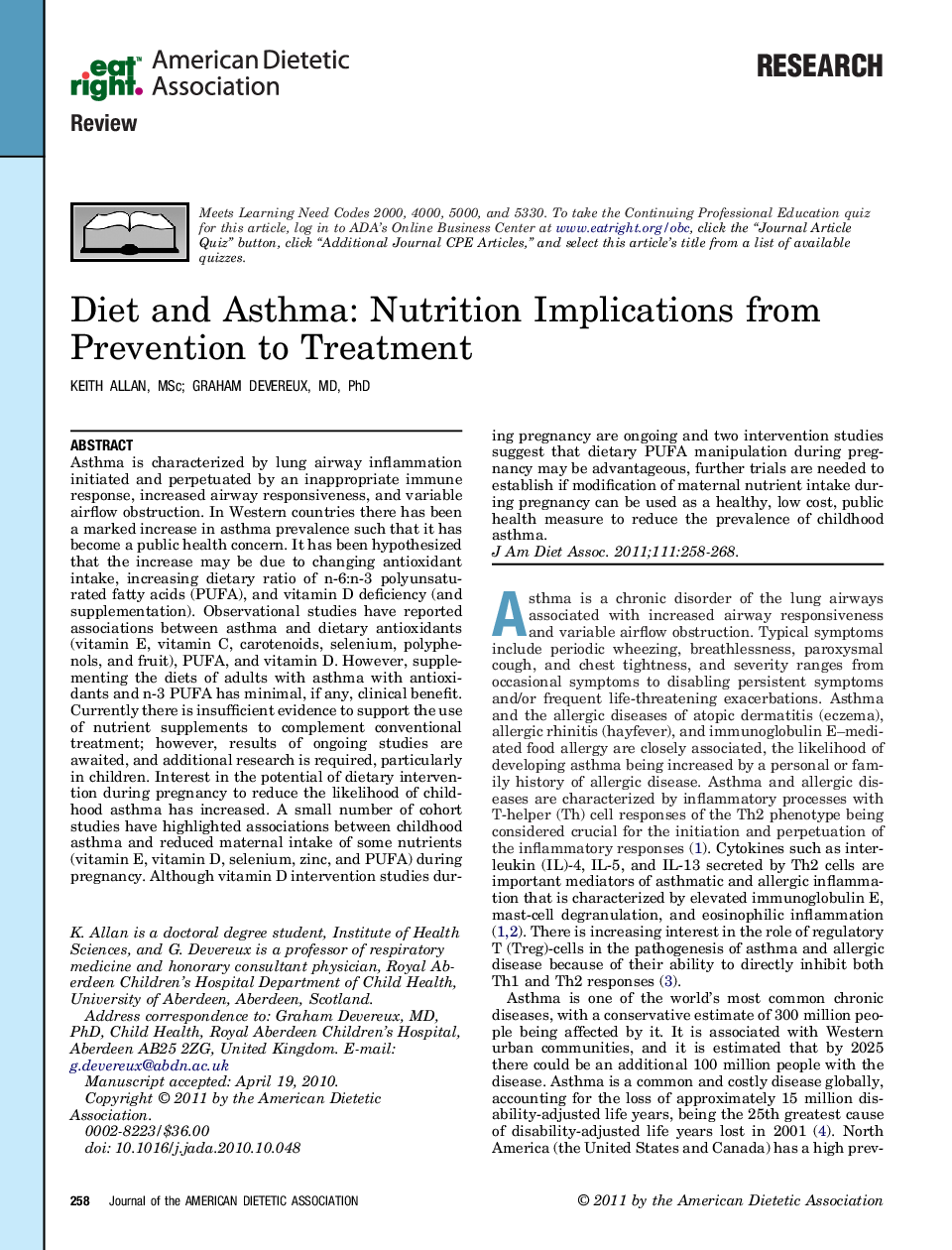 Asthma is characterized by lung airway inflammation initiated and perpetuated by an inappropriate immune response, increased airway responsiveness, and variable airflow obstruction. In Western countries there has been a marked increase in asthma prevalence such that it has become a public health concern. It has been hypothesized that the increase may be due to changing antioxidant intake, increasing dietary ratio of n-6:n-3 polyunsaturated fatty acids (PUFA), and vitamin D deficiency (and supplementation). Observational studies have reported associations between asthma and dietary antioxidants (vitamin E, vitamin C, carotenoids, selenium, polyphenols, and fruit), PUFA, and vitamin D. However, supplementing the diets of adults with asthma with antioxidants and n-3 PUFA has minimal, if any, clinical benefit. Currently there is insufficient evidence to support the use of nutrient supplements to complement conventional treatment; however, results of ongoing studies are awaited, and additional research is required, particularly in children. Interest in the potential of dietary intervention during pregnancy to reduce the likelihood of childhood asthma has increased. A small number of cohort studies have highlighted associations between childhood asthma and reduced maternal intake of some nutrients (vitamin E, vitamin D, selenium, zinc, and PUFA) during pregnancy. Although vitamin D intervention studies during pregnancy are ongoing and two intervention studies suggest that dietary PUFA manipulation during pregnancy may be advantageous, further trials are needed to establish if modification of maternal nutrient intake during pregnancy can be used as a healthy, low cost, public health measure to reduce the prevalence of childhood asthma.