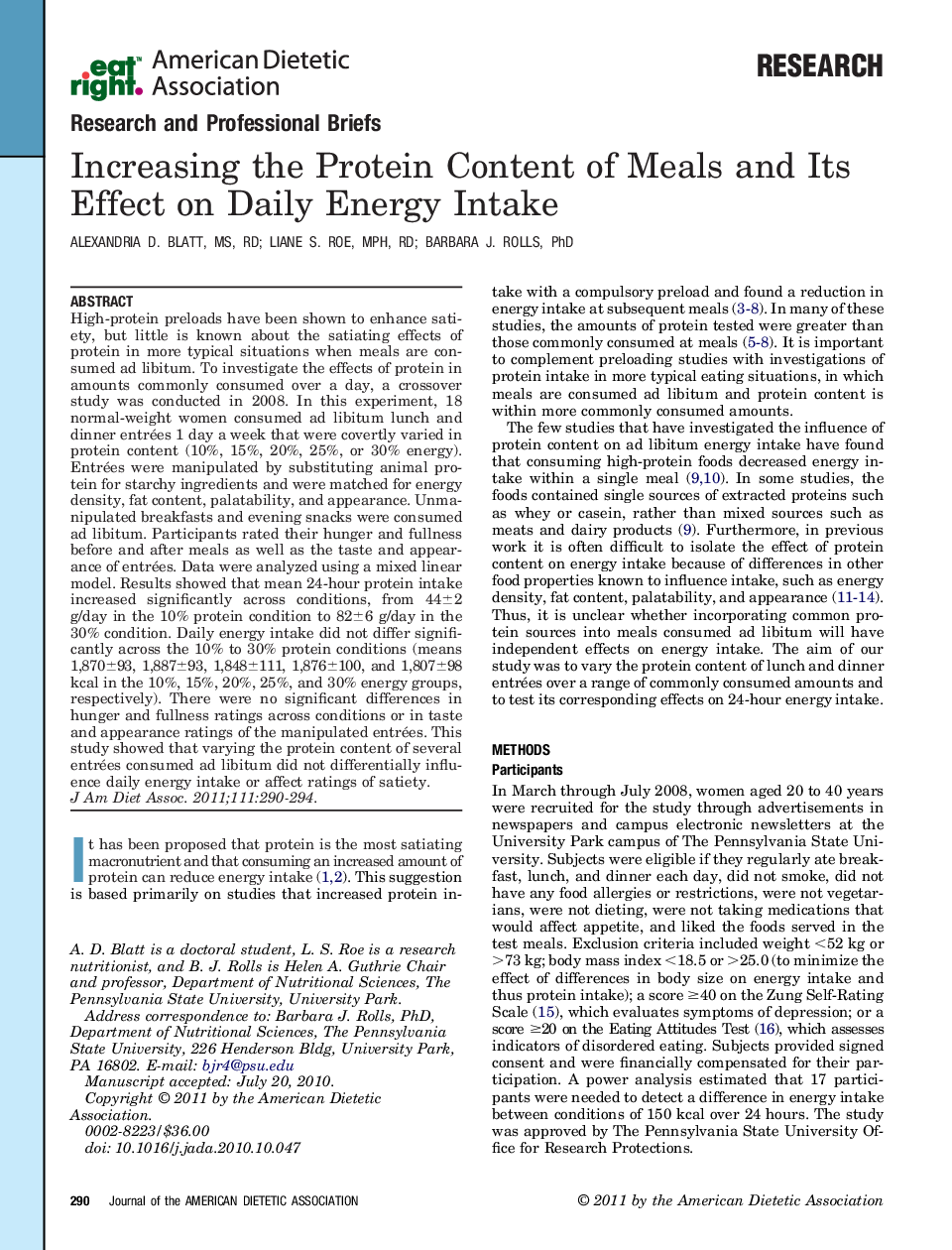 High-protein preloads have been shown to enhance satiety, but little is known about the satiating effects of protein in more typical situations when meals are consumed ad libitum. To investigate the effects of protein in amounts commonly consumed over a day, a crossover study was conducted in 2008. In this experiment, 18 normal-weight women consumed ad libitum lunch and dinner entrées 1 day a week that were covertly varied in protein content (10%, 15%, 20%, 25%, or 30% energy). Entrées were manipulated by substituting animal protein for starchy ingredients and were matched for energy density, fat content, palatability, and appearance. Unmanipulated breakfasts and evening snacks were consumed ad libitum. Participants rated their hunger and fullness before and after meals as well as the taste and appearance of entrées. Data were analyzed using a mixed linear model. Results showed that mean 24-hour protein intake increased significantly across conditions, from 44±2 g/day in the 10% protein condition to 82±6 g/day in the 30% condition. Daily energy intake did not differ significantly across the 10% to 30% protein conditions (means 1,870±93, 1,887±93, 1,848±111, 1,876±100, and 1,807±98 kcal in the 10%, 15%, 20%, 25%, and 30% energy groups, respectively). There were no significant differences in hunger and fullness ratings across conditions or in taste and appearance ratings of the manipulated entrées. This study showed that varying the protein content of several entrées consumed ad libitum did not differentially influence daily energy intake or affect ratings of satiety.