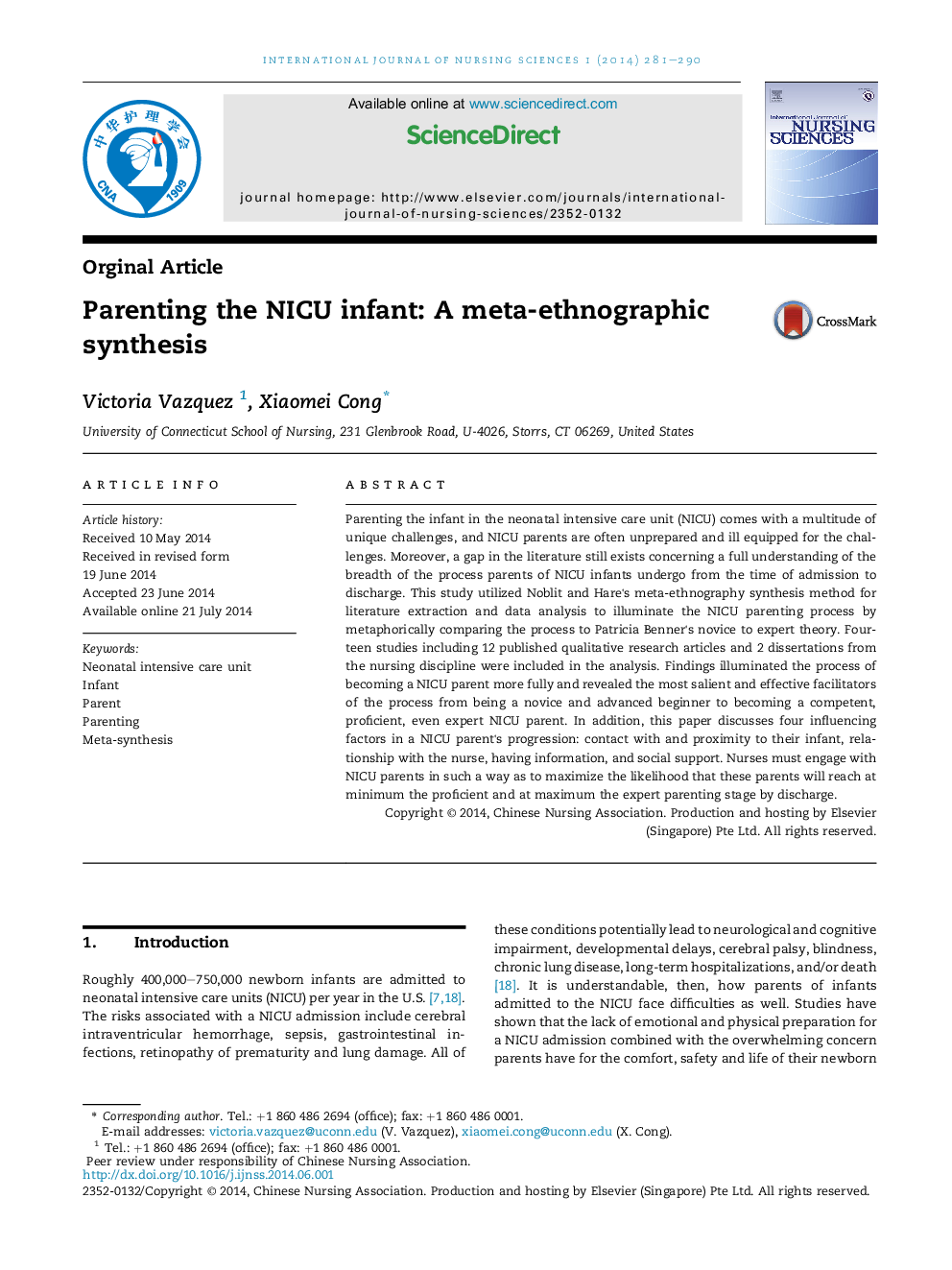 Parenting the infant in the neonatal intensive care unit (NICU) comes with a multitude of unique challenges, and NICU parents are often unprepared and ill equipped for the challenges. Moreover, a gap in the literature still exists concerning a full understanding of the breadth of the process parents of NICU infants undergo from the time of admission to discharge. This study utilized Noblit and Hare's meta-ethnography synthesis method for literature extraction and data analysis to illuminate the NICU parenting process by metaphorically comparing the process to Patricia Benner's novice to expert theory. Fourteen studies including 12 published qualitative research articles and 2 dissertations from the nursing discipline were included in the analysis. Findings illuminated the process of becoming a NICU parent more fully and revealed the most salient and effective facilitators of the process from being a novice and advanced beginner to becoming a competent, proficient, even expert NICU parent. In addition, this paper discusses four influencing factors in a NICU parent's progression: contact with and proximity to their infant, relationship with the nurse, having information, and social support. Nurses must engage with NICU parents in such a way as to maximize the likelihood that these parents will reach at minimum the proficient and at maximum the expert parenting stage by discharge.