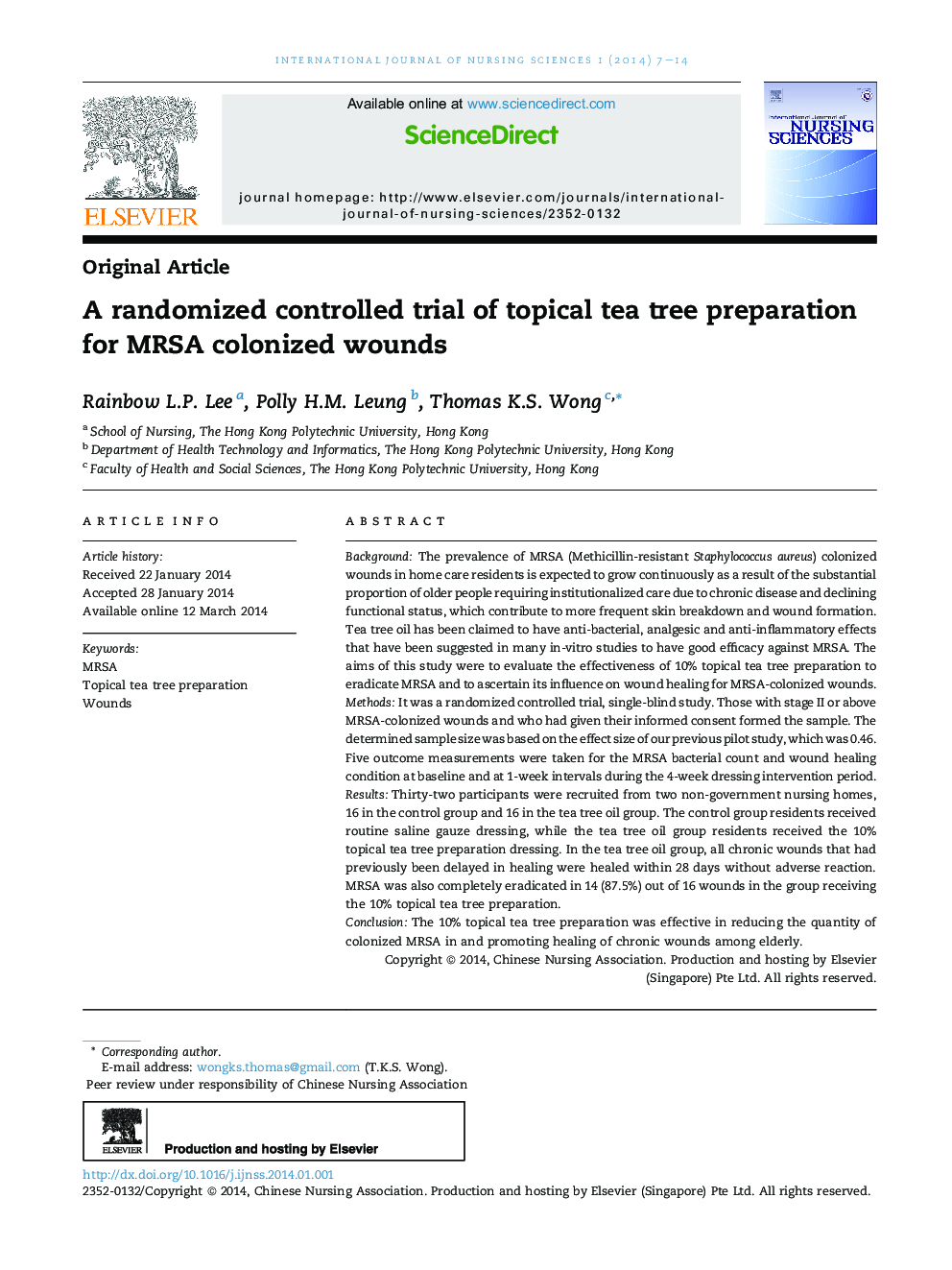 BackgroundThe prevalence of MRSA (Methicillin-resistant Staphylococcus aureus) colonized wounds in home care residents is expected to grow continuously as a result of the substantial proportion of older people requiring institutionalized care due to chronic disease and declining functional status, which contribute to more frequent skin breakdown and wound formation. Tea tree oil has been claimed to have anti-bacterial, analgesic and anti-inflammatory effects that have been suggested in many in-vitro studies to have good efficacy against MRSA. The aims of this study were to evaluate the effectiveness of 10% topical tea tree preparation to eradicate MRSA and to ascertain its influence on wound healing for MRSA-colonized wounds.MethodsIt was a randomized controlled trial, single-blind study. Those with stage II or above MRSA-colonized wounds and who had given their informed consent formed the sample. The determined sample size was based on the effect size of our previous pilot study, which was 0.46. Five outcome measurements were taken for the MRSA bacterial count and wound healing condition at baseline and at 1-week intervals during the 4-week dressing intervention period.ResultsThirty-two participants were recruited from two non-government nursing homes, 16 in the control group and 16 in the tea tree oil group. The control group residents received routine saline gauze dressing, while the tea tree oil group residents received the 10% topical tea tree preparation dressing. In the tea tree oil group, all chronic wounds that had previously been delayed in healing were healed within 28 days without adverse reaction. MRSA was also completely eradicated in 14 (87.5%) out of 16 wounds in the group receiving the 10% topical tea tree preparation.ConclusionThe 10% topical tea tree preparation was effective in reducing the quantity of colonized MRSA in and promoting healing of chronic wounds among elderly.