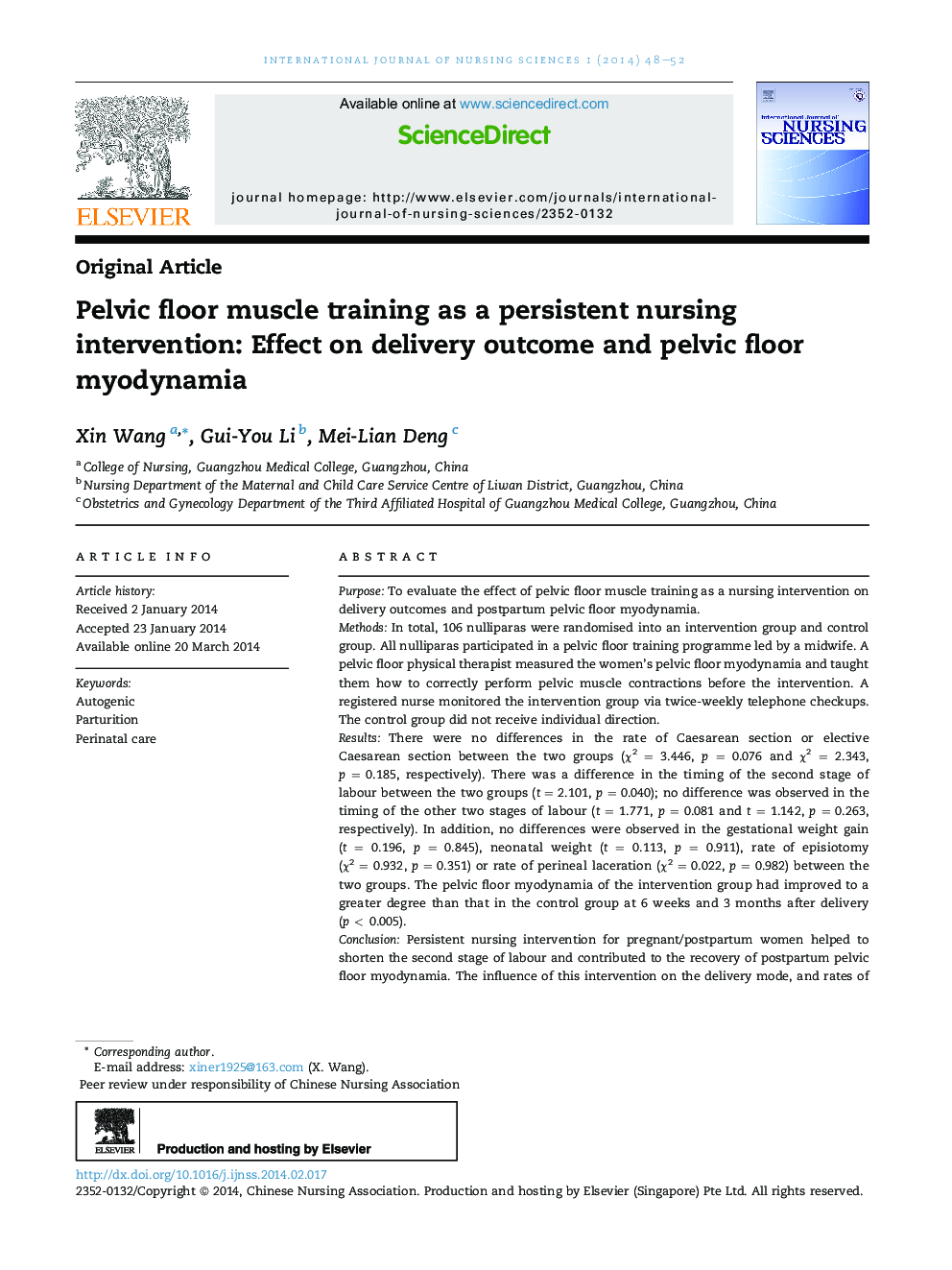 PurposeTo evaluate the effect of pelvic floor muscle training as a nursing intervention on delivery outcomes and postpartum pelvic floor myodynamia.MethodsIn total, 106 nulliparas were randomised into an intervention group and control group. All nulliparas participated in a pelvic floor training programme led by a midwife. A pelvic floor physical therapist measured the women's pelvic floor myodynamia and taught them how to correctly perform pelvic muscle contractions before the intervention. A registered nurse monitored the intervention group via twice-weekly telephone checkups. The control group did not receive individual direction.ResultsThere were no differences in the rate of Caesarean section or elective Caesarean section between the two groups (χ2 = 3.446, p = 0.076 and χ2 = 2.343, p = 0.185, respectively). There was a difference in the timing of the second stage of labour between the two groups (t = 2.101, p = 0.040); no difference was observed in the timing of the other two stages of labour (t = 1.771, p = 0.081 and t = 1.142, p = 0.263, respectively). In addition, no differences were observed in the gestational weight gain (t = 0.196, p = 0.845), neonatal weight (t = 0.113, p = 0.911), rate of episiotomy (χ2 = 0.932, p = 0.351) or rate of perineal laceration (χ2 = 0.022, p = 0.982) between the two groups. The pelvic floor myodynamia of the intervention group had improved to a greater degree than that in the control group at 6 weeks and 3 months after delivery (p < 0.005).ConclusionPersistent nursing intervention for pregnant/postpartum women helped to shorten the second stage of labour and contributed to the recovery of postpartum pelvic floor myodynamia. The influence of this intervention on the delivery mode, and rates of episiotomy and perineal laceration remains unknown. Medical staff should strengthen health education programmes that involve pelvic floor functional rehabilitation.