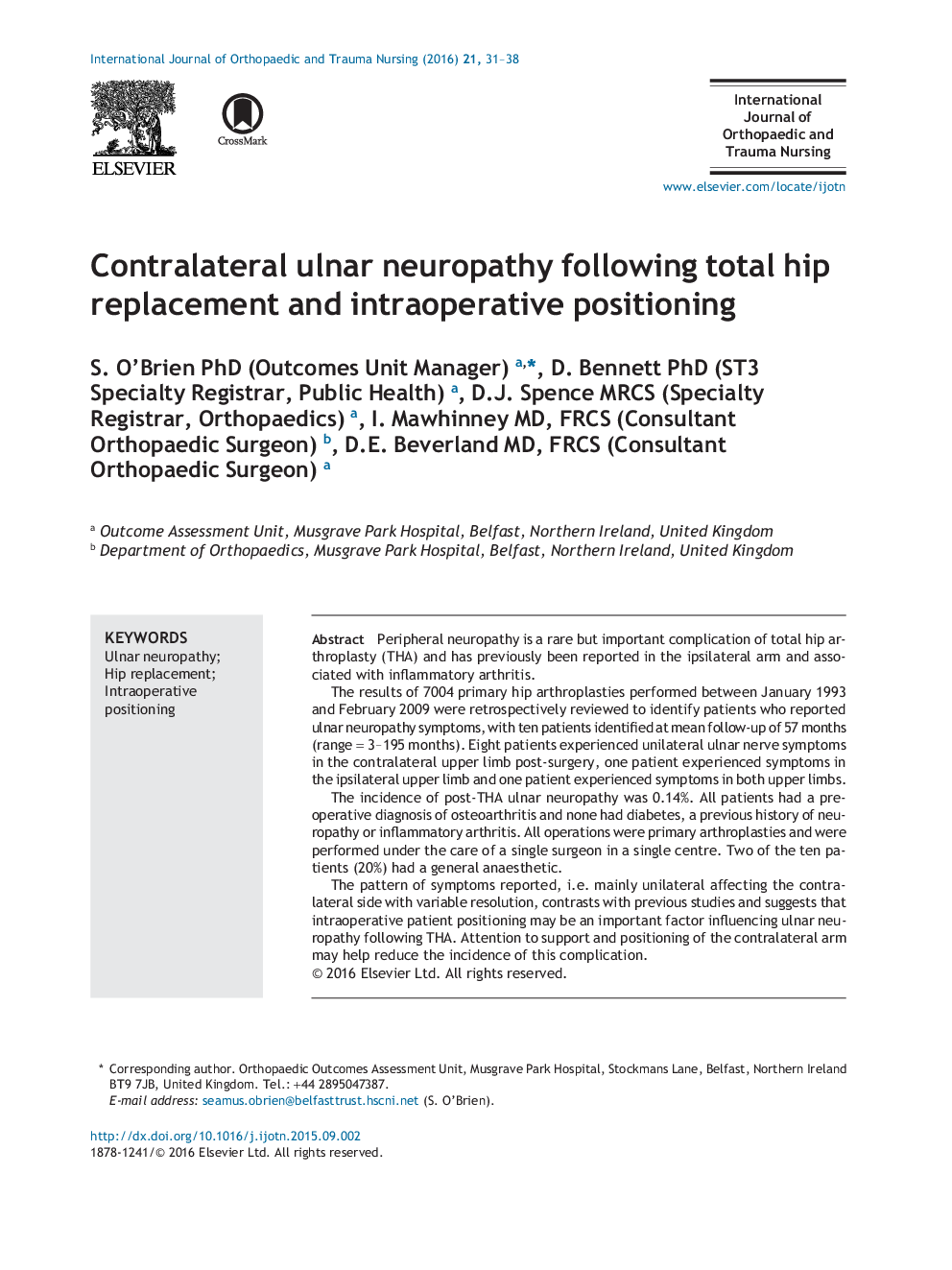 Peripheral neuropathy is a rare but important complication of total hip arthroplasty (THA) and has previously been reported in the ipsilateral arm and associated with inflammatory arthritis.The results of 7004 primary hip arthroplasties performed between January 1993 and February 2009 were retrospectively reviewed to identify patients who reported ulnar neuropathy symptoms, with ten patients identified at mean follow-up of 57 months (range = 3–195 months). Eight patients experienced unilateral ulnar nerve symptoms in the contralateral upper limb post-surgery, one patient experienced symptoms in the ipsilateral upper limb and one patient experienced symptoms in both upper limbs.The incidence of post-THA ulnar neuropathy was 0.14%. All patients had a pre-operative diagnosis of osteoarthritis and none had diabetes, a previous history of neuropathy or inflammatory arthritis. All operations were primary arthroplasties and were performed under the care of a single surgeon in a single centre. Two of the ten patients (20%) had a general anaesthetic.The pattern of symptoms reported, i.e. mainly unilateral affecting the contralateral side with variable resolution, contrasts with previous studies and suggests that intraoperative patient positioning may be an important factor influencing ulnar neuropathy following THA. Attention to support and positioning of the contralateral arm may help reduce the incidence of this complication.