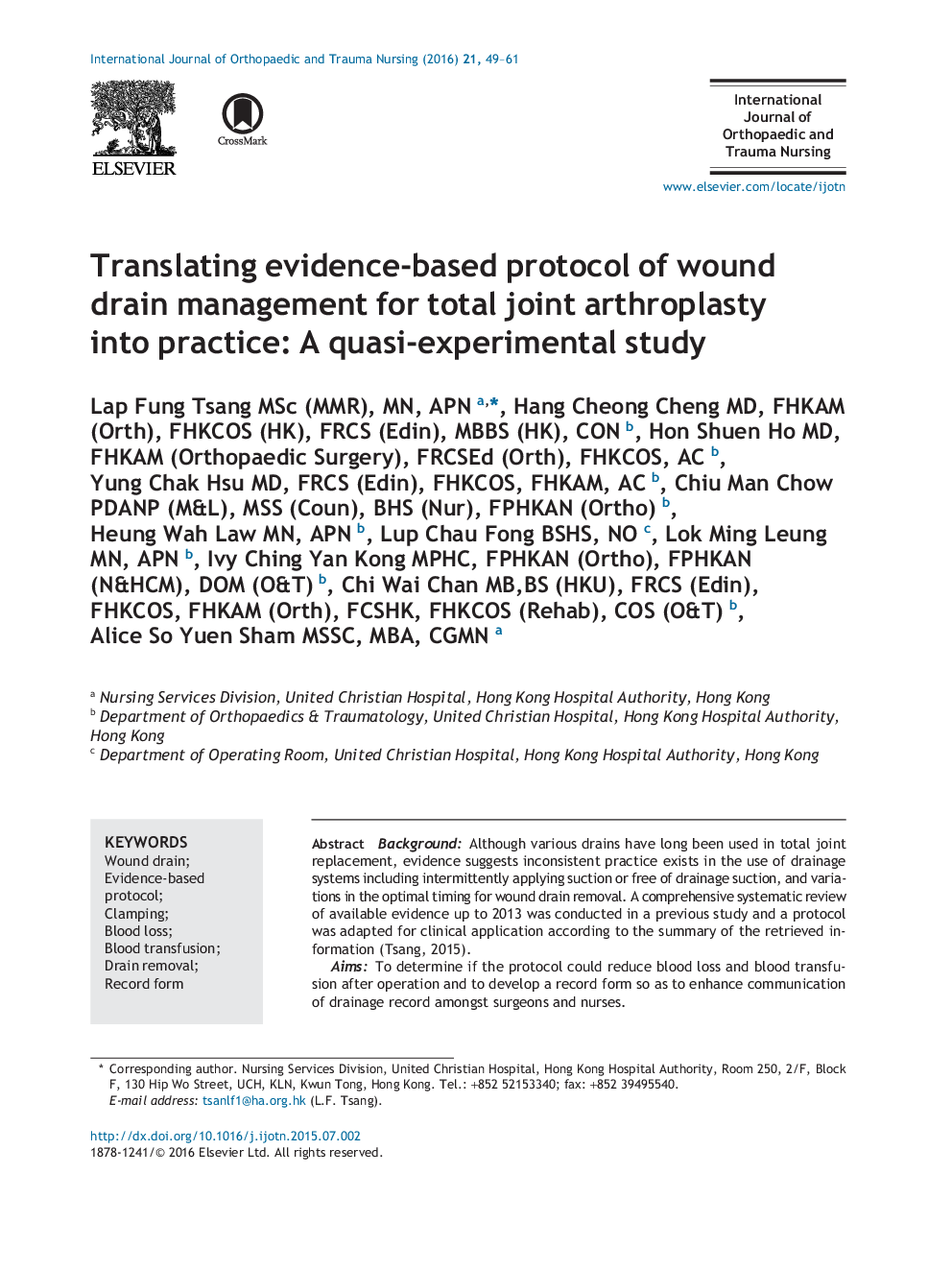 BackgroundAlthough various drains have long been used in total joint replacement, evidence suggests inconsistent practice exists in the use of drainage systems including intermittently applying suction or free of drainage suction, and variations in the optimal timing for wound drain removal. A comprehensive systematic review of available evidence up to 2013 was conducted in a previous study and a protocol was adapted for clinical application according to the summary of the retrieved information (Tsang, 2015).AimsTo determine if the protocol could reduce blood loss and blood transfusion after operation and to develop a record form so as to enhance communication of drainage record amongst surgeons and nurses.MethodsA quasi-experimental time-series design was undertaken. In the conventional group, surgeons ordered free drainage if the drain output was more than 300 ml. The time of removal of the drain was based on their professional judgement. In the protocol group the method of drainage was dependant of the drainage output as was the timing of the removal of the drain. A standardized record form was developed to guide operating room and orthopaedic ward nurses to manage the drainage system.ResultsThe drain was removed significantly earlier in the protocol group. Blood loss rate at the first hour of post-operation was extremely low in the protocol group due to clamping effect. Blood loss in volume during the first three hours in the protocol group was significantly lower than that in the conventional group. Only in 11.1% and 4% of cases was it necessary to clamp at the three and four hour post-operative hours. No clamping was required at the two and eight hour postoperative period. There was no significant difference in blood loss during the removal of the drain and during blood transfusion, which was required for patients upon removal of the drain in the two groups.ConclusionThis is the first clinical study to develop an evidence-based protocol to manage wound drain effectively in Hong Kong. Total blood loss and blood transfusions were not significantly different between the conventional and protocol groups. A standard documentation document is beneficial to enhance communication between doctors and nurses as well as to monitor and observe drainage effectively.