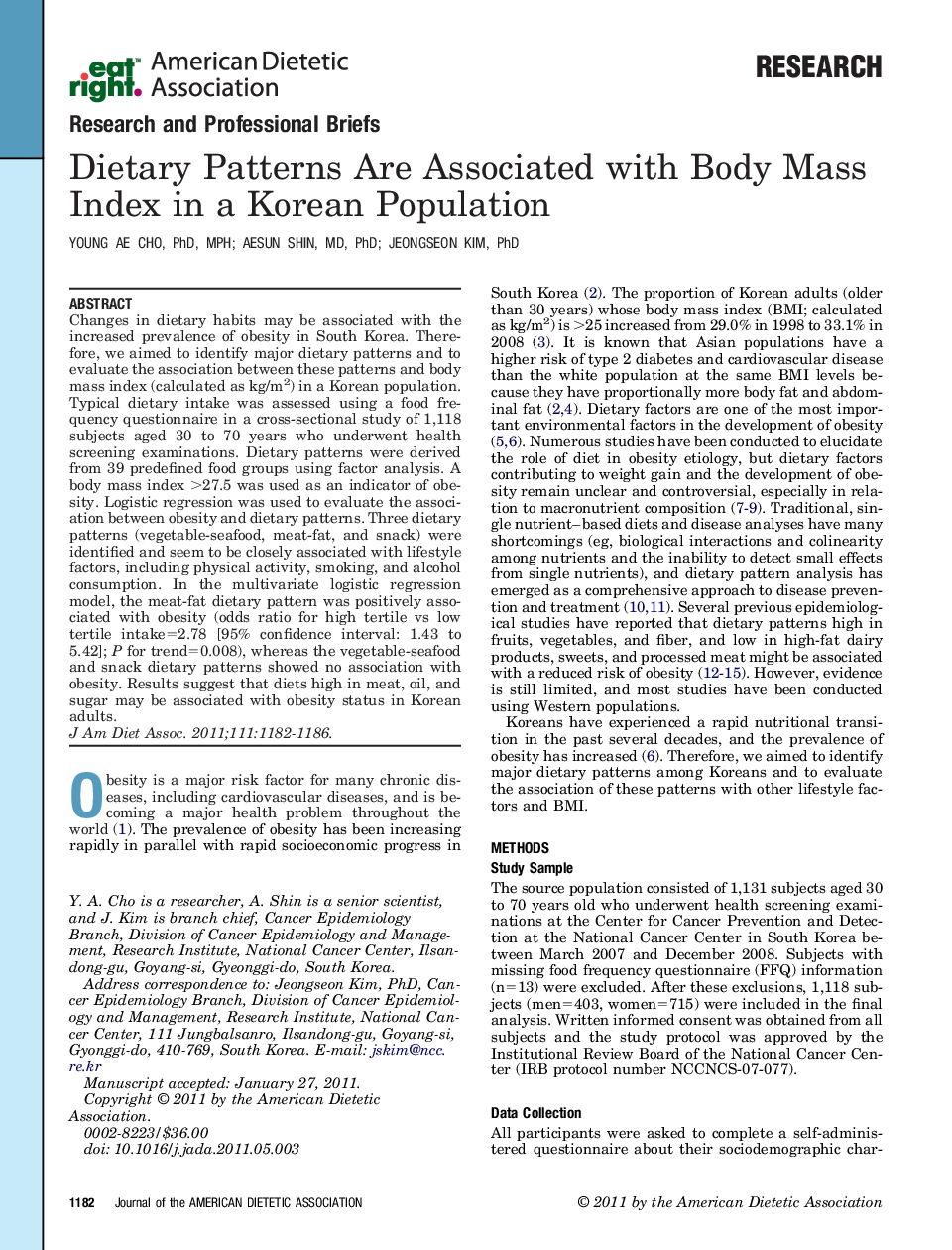 Changes in dietary habits may be associated with the increased prevalence of obesity in South Korea. Therefore, we aimed to identify major dietary patterns and to evaluate the association between these patterns and body mass index (calculated as kg/m2) in a Korean population. Typical dietary intake was assessed using a food frequency questionnaire in a cross-sectional study of 1,118 subjects aged 30 to 70 years who underwent health screening examinations. Dietary patterns were derived from 39 predefined food groups using factor analysis. A body mass index >27.5 was used as an indicator of obesity. Logistic regression was used to evaluate the association between obesity and dietary patterns. Three dietary patterns (vegetable-seafood, meat-fat, and snack) were identified and seem to be closely associated with lifestyle factors, including physical activity, smoking, and alcohol consumption. In the multivariate logistic regression model, the meat-fat dietary pattern was positively associated with obesity (odds ratio for high tertile vs low tertile intake=2.78 [95% confidence interval: 1.43 to 5.42]; P for trend=0.008), whereas the vegetable-seafood and snack dietary patterns showed no association with obesity. Results suggest that diets high in meat, oil, and sugar may be associated with obesity status in Korean adults.