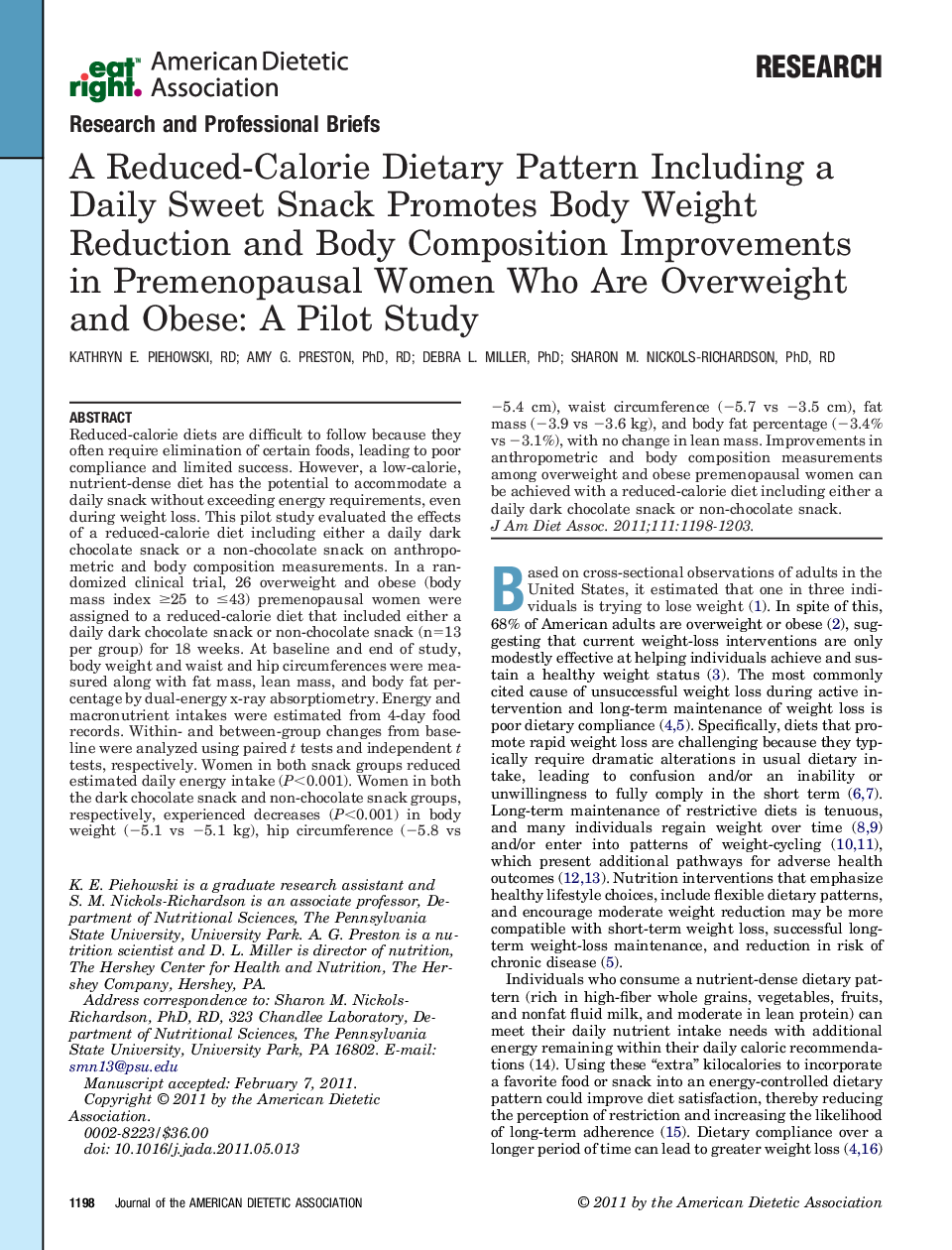 Reduced-calorie diets are difficult to follow because they often require elimination of certain foods, leading to poor compliance and limited success. However, a low-calorie, nutrient-dense diet has the potential to accommodate a daily snack without exceeding energy requirements, even during weight loss. This pilot study evaluated the effects of a reduced-calorie diet including either a daily dark chocolate snack or a non-chocolate snack on anthropometric and body composition measurements. In a randomized clinical trial, 26 overweight and obese (body mass index ≥25 to ≤43) premenopausal women were assigned to a reduced-calorie diet that included either a daily dark chocolate snack or non-chocolate snack (n=13 per group) for 18 weeks. At baseline and end of study, body weight and waist and hip circumferences were measured along with fat mass, lean mass, and body fat percentage by dual-energy x-ray absorptiometry. Energy and macronutrient intakes were estimated from 4-day food records. Within- and between-group changes from baseline were analyzed using paired t tests and independent t tests, respectively. Women in both snack groups reduced estimated daily energy intake (P<0.001). Women in both the dark chocolate snack and non-chocolate snack groups, respectively, experienced decreases (P<0.001) in body weight (−5.1 vs −5.1 kg), hip circumference (−5.8 vs −5.4 cm), waist circumference (−5.7 vs −3.5 cm), fat mass (−3.9 vs −3.6 kg), and body fat percentage (−3.4% vs −3.1%), with no change in lean mass. Improvements in anthropometric and body composition measurements among overweight and obese premenopausal women can be achieved with a reduced-calorie diet including either a daily dark chocolate snack or non-chocolate snack.