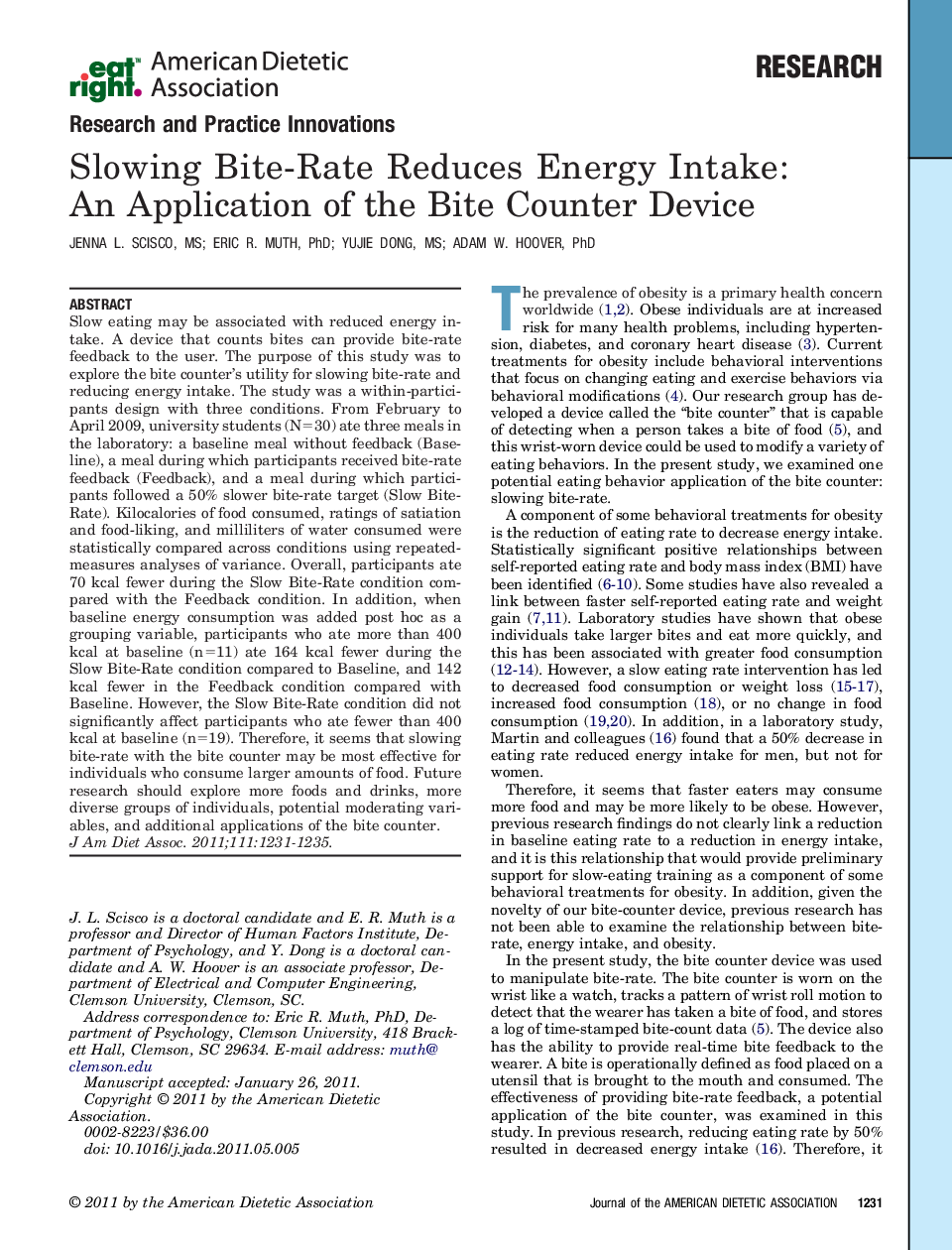 Slow eating may be associated with reduced energy intake. A device that counts bites can provide bite-rate feedback to the user. The purpose of this study was to explore the bite counter's utility for slowing bite-rate and reducing energy intake. The study was a within-participants design with three conditions. From February to April 2009, university students (N=30) ate three meals in the laboratory: a baseline meal without feedback (Baseline), a meal during which participants received bite-rate feedback (Feedback), and a meal during which participants followed a 50% slower bite-rate target (Slow Bite-Rate). Kilocalories of food consumed, ratings of satiation and food-liking, and milliliters of water consumed were statistically compared across conditions using repeated-measures analyses of variance. Overall, participants ate 70 kcal fewer during the Slow Bite-Rate condition compared with the Feedback condition. In addition, when baseline energy consumption was added post hoc as a grouping variable, participants who ate more than 400 kcal at baseline (n=11) ate 164 kcal fewer during the Slow Bite-Rate condition compared to Baseline, and 142 kcal fewer in the Feedback condition compared with Baseline. However, the Slow Bite-Rate condition did not significantly affect participants who ate fewer than 400 kcal at baseline (n=19). Therefore, it seems that slowing bite-rate with the bite counter may be most effective for individuals who consume larger amounts of food. Future research should explore more foods and drinks, more diverse groups of individuals, potential moderating variables, and additional applications of the bite counter.