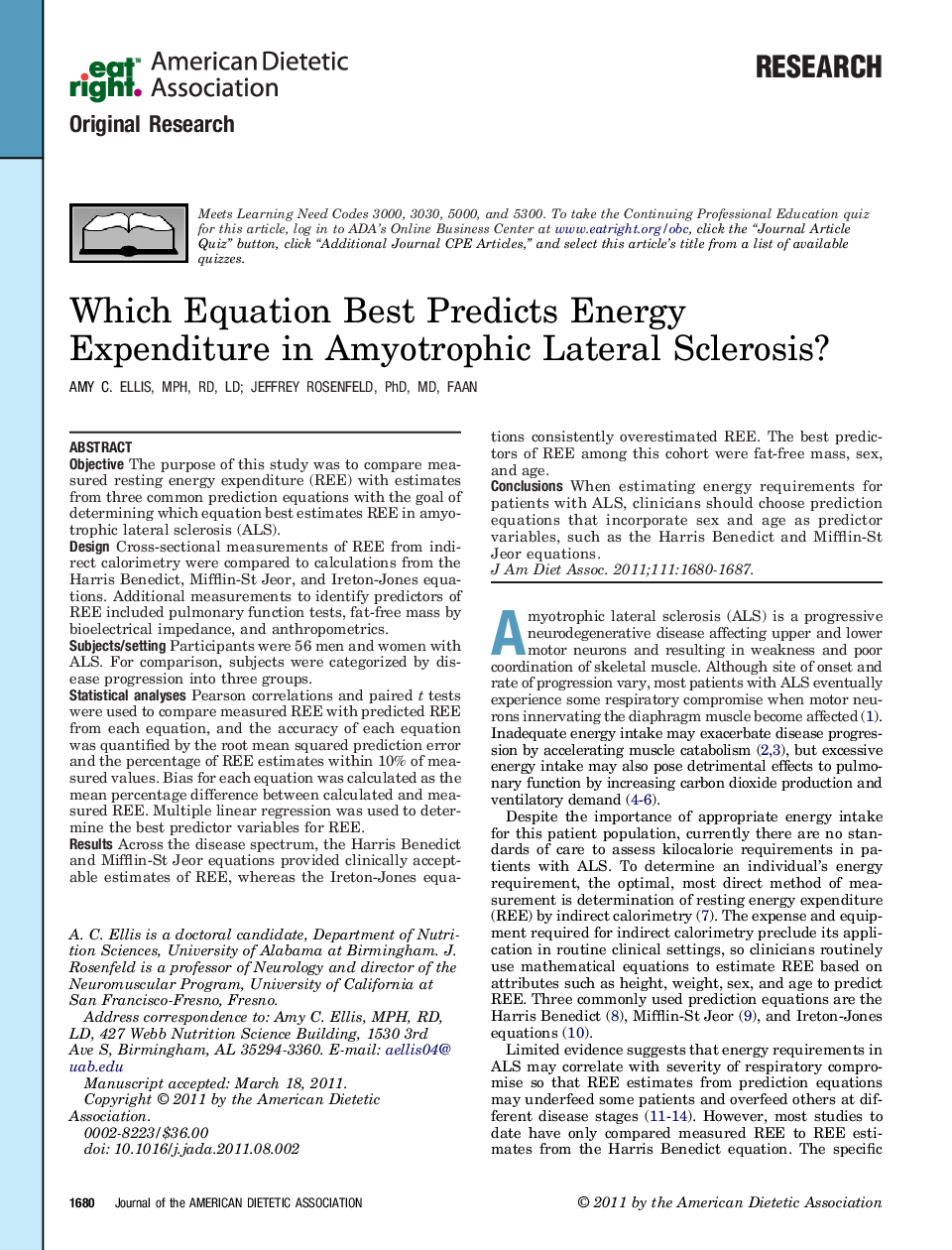 ObjectiveThe purpose of this study was to compare measured resting energy expenditure (REE) with estimates from three common prediction equations with the goal of determining which equation best estimates REE in amyotrophic lateral sclerosis (ALS).DesignCross-sectional measurements of REE from indirect calorimetry were compared to calculations from the Harris Benedict, Mifflin-St Jeor, and Ireton-Jones equations. Additional measurements to identify predictors of REE included pulmonary function tests, fat-free mass by bioelectrical impedance, and anthropometrics.Subjects/settingParticipants were 56 men and women with ALS. For comparison, subjects were categorized by disease progression into three groups.Statistical analysesPearson correlations and paired t tests were used to compare measured REE with predicted REE from each equation, and the accuracy of each equation was quantified by the root mean squared prediction error and the percentage of REE estimates within 10% of measured values. Bias for each equation was calculated as the mean percentage difference between calculated and measured REE. Multiple linear regression was used to determine the best predictor variables for REE.ResultsAcross the disease spectrum, the Harris Benedict and Mifflin-St Jeor equations provided clinically acceptable estimates of REE, whereas the Ireton-Jones equations consistently overestimated REE. The best predictors of REE among this cohort were fat-free mass, sex, and age.ConclusionsWhen estimating energy requirements for patients with ALS, clinicians should choose prediction equations that incorporate sex and age as predictor variables, such as the Harris Benedict and Mifflin-St Jeor equations.