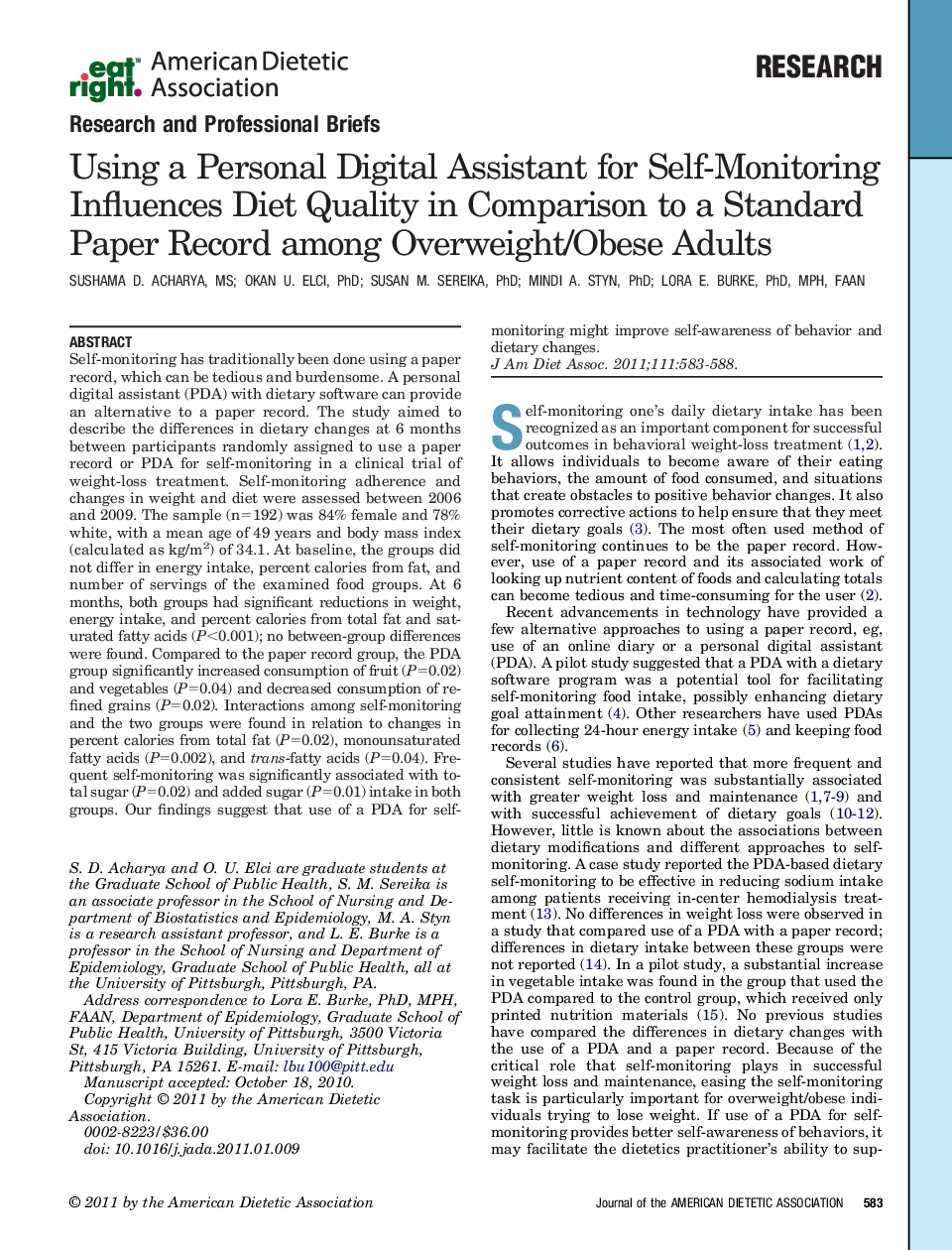 Self-monitoring has traditionally been done using a paper record, which can be tedious and burdensome. A personal digital assistant (PDA) with dietary software can provide an alternative to a paper record. The study aimed to describe the differences in dietary changes at 6 months between participants randomly assigned to use a paper record or PDA for self-monitoring in a clinical trial of weight-loss treatment. Self-monitoring adherence and changes in weight and diet were assessed between 2006 and 2009. The sample (n=192) was 84% female and 78% white, with a mean age of 49 years and body mass index (calculated as kg/m2) of 34.1. At baseline, the groups did not differ in energy intake, percent calories from fat, and number of servings of the examined food groups. At 6 months, both groups had significant reductions in weight, energy intake, and percent calories from total fat and saturated fatty acids (P<0.001); no between-group differences were found. Compared to the paper record group, the PDA group significantly increased consumption of fruit (P=0.02) and vegetables (P=0.04) and decreased consumption of refined grains (P=0.02). Interactions among self-monitoring and the two groups were found in relation to changes in percent calories from total fat (P=0.02), monounsaturated fatty acids (P=0.002), and trans-fatty acids (P=0.04). Frequent self-monitoring was significantly associated with total sugar (P=0.02) and added sugar (P=0.01) intake in both groups. Our findings suggest that use of a PDA for self-monitoring might improve self-awareness of behavior and dietary changes.