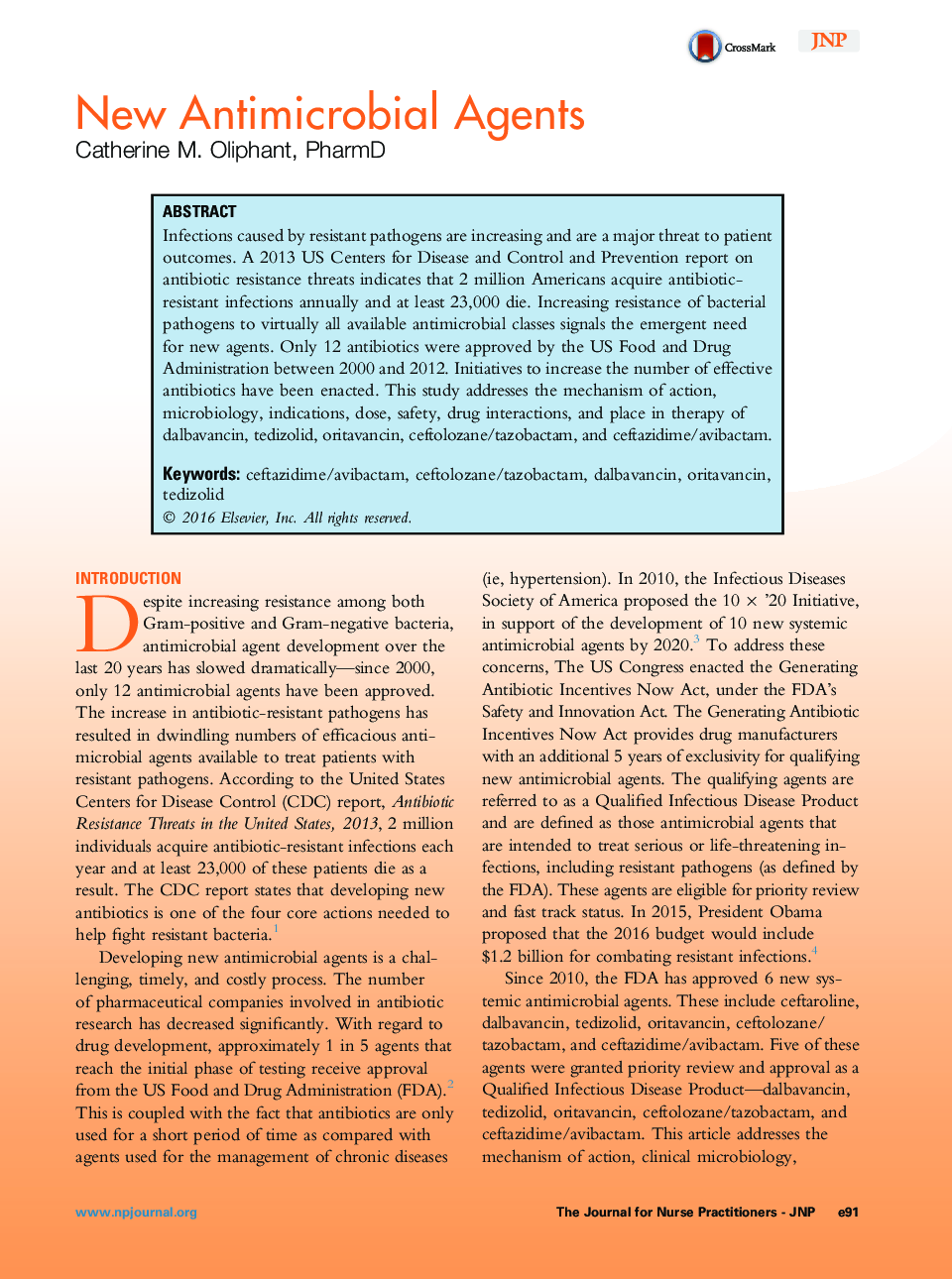 • Ceftolozane/tazobactam is a potent anti-pseudomonal cephalosporin in combination with a beta-lactamase inhibitor, which enhances its activity against some extended spectrum beta-lactamase producing Gram-negative bacilli.
• Ceftazidime/avibactam is a cephalosporin in combination with a potent beta-lactamase inhibitor, which is active against extended spectrum beta-lactamases as well as some carbapenemases.
• Dalbavancin and oritavancin are lipoglycopeptides with potent Gram-positive coverage and novel dosing.
• Tedizolid is an oxazolidinone with a broader spectrum of activity as well as a potentially safer adverse effect and drug interaction profile than linezolid.

Infections caused by resistant pathogens are increasing and are a major threat to patient outcomes. A 2013 US Centers for Disease and Control and Prevention report on antibiotic resistance threats indicates that 2 million Americans acquire antibiotic-resistant infections annually and at least 23,000 die. Increasing resistance of bacterial pathogens to virtually all available antimicrobial classes signals the emergent need for new agents. Only 12 antibiotics were approved by the US Food and Drug Administration between 2000 and 2012. Initiatives to increase the number of effective antibiotics have been enacted. This study addresses the mechanism of action, microbiology, indications, dose, safety, drug interactions, and place in therapy of dalbavancin, tedizolid, oritavancin, ceftolozane/tazobactam, and ceftazidime/avibactam.