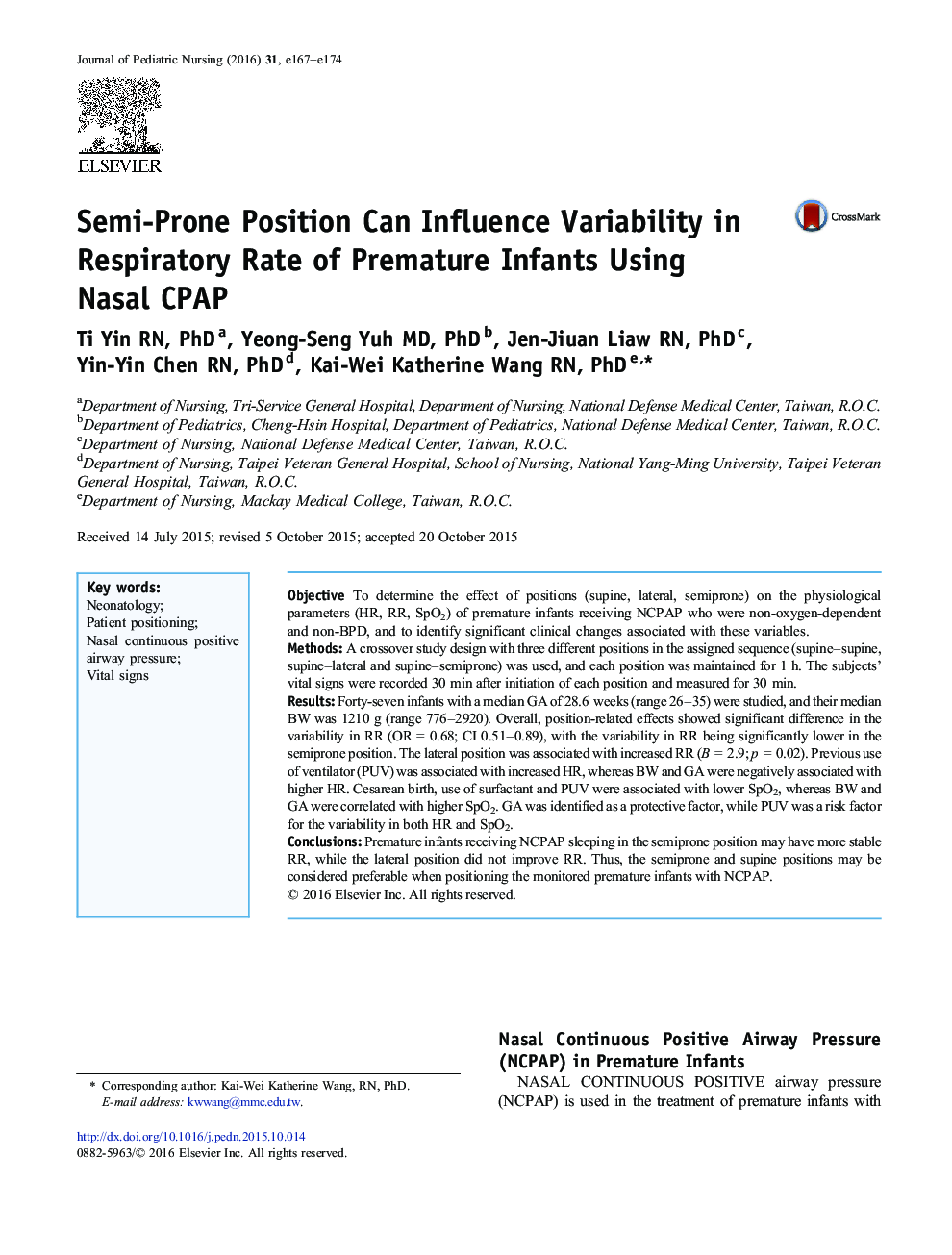 ObjectiveTo determine the effect of positions (supine, lateral, semiprone) on the physiological parameters (HR, RR, SpO2) of premature infants receiving NCPAP who were non-oxygen-dependent and non-BPD, and to identify significant clinical changes associated with these variables.MethodsA crossover study design with three different positions in the assigned sequence (supine–supine, supine–lateral and supine–semiprone) was used, and each position was maintained for 1 h. The subjects’ vital signs were recorded 30 min after initiation of each position and measured for 30 min.ResultsForty-seven infants with a median GA of 28.6 weeks (range 26–35) were studied, and their median BW was 1210 g (range 776–2920). Overall, position-related effects showed significant difference in the variability in RR (OR = 0.68; CI 0.51–0.89), with the variability in RR being significantly lower in the semiprone position. The lateral position was associated with increased RR (B = 2.9; p = 0.02). Previous use of ventilator (PUV) was associated with increased HR, whereas BW and GA were negatively associated with higher HR. Cesarean birth, use of surfactant and PUV were associated with lower SpO2, whereas BW and GA were correlated with higher SpO2. GA was identified as a protective factor, while PUV was a risk factor for the variability in both HR and SpO2.ConclusionsPremature infants receiving NCPAP sleeping in the semiprone position may have more stable RR, while the lateral position did not improve RR. Thus, the semiprone and supine positions may be considered preferable when positioning the monitored premature infants with NCPAP.