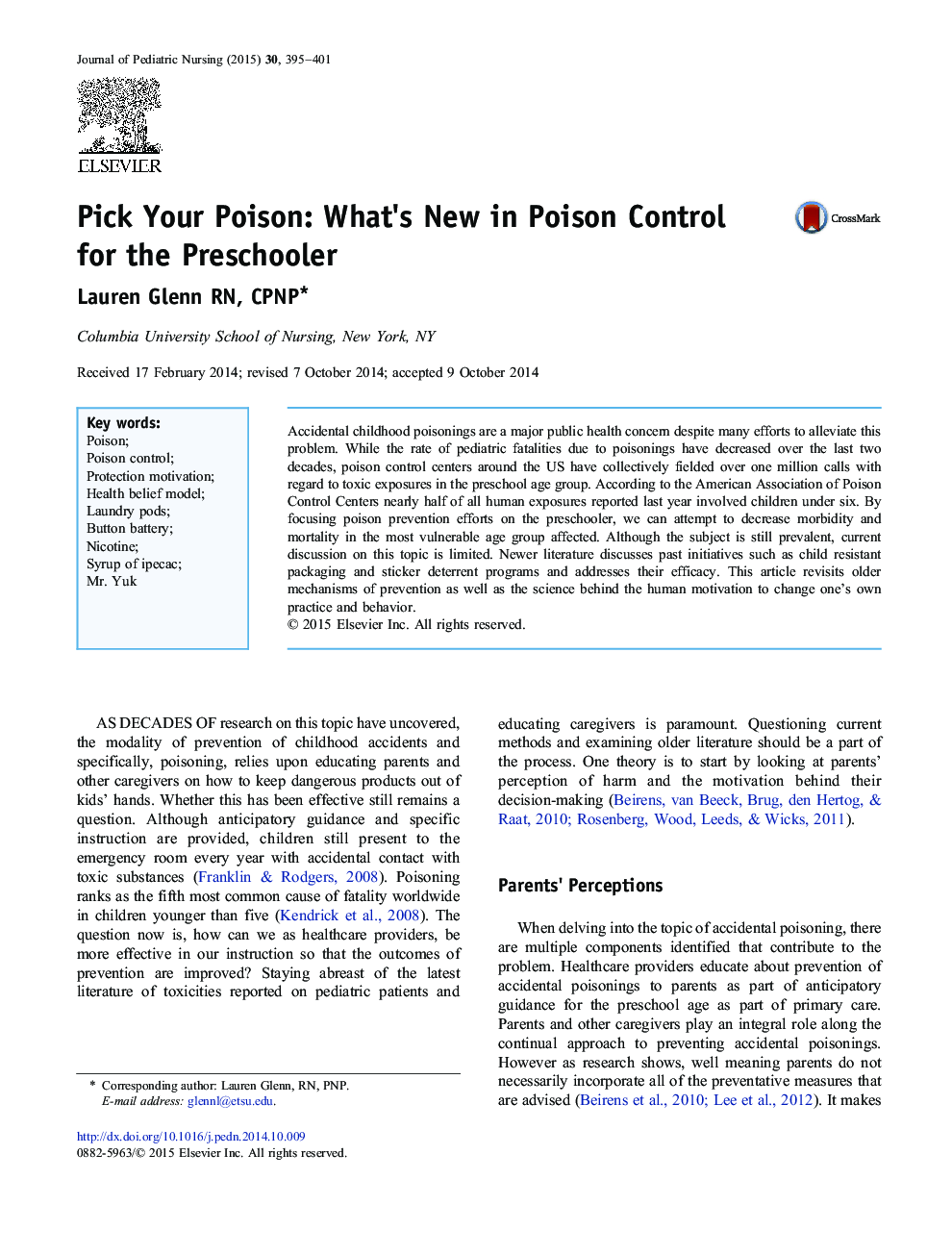 • Poisonings are major health concern in pediatrics despite years of prevention
• New agents causing injury include lithium ion batteries, detergent pods, and nicotine candy
• Two behavioral theories are used to attempt to explain parental behavior
• Ipecac is no longer advised as a home remedy for accidental poisoning
• Mr. Yuk, a campaign started in the 1970s, is now considered controversial

Accidental childhood poisonings are a major public health concern despite many efforts to alleviate this problem. While the rate of pediatric fatalities due to poisonings have decreased over the last two decades, poison control centers around the US have collectively fielded over one million calls with regard to toxic exposures in the preschool age group. According to the American Association of Poison Control Centers nearly half of all human exposures reported last year involved children under six. By focusing poison prevention efforts on the preschooler, we can attempt to decrease morbidity and mortality in the most vulnerable age group affected. Although the subject is still prevalent, current discussion on this topic is limited. Newer literature discusses past initiatives such as child resistant packaging and sticker deterrent programs and addresses their efficacy. This article revisits older mechanisms of prevention as well as the science behind the human motivation to change one's own practice and behavior.