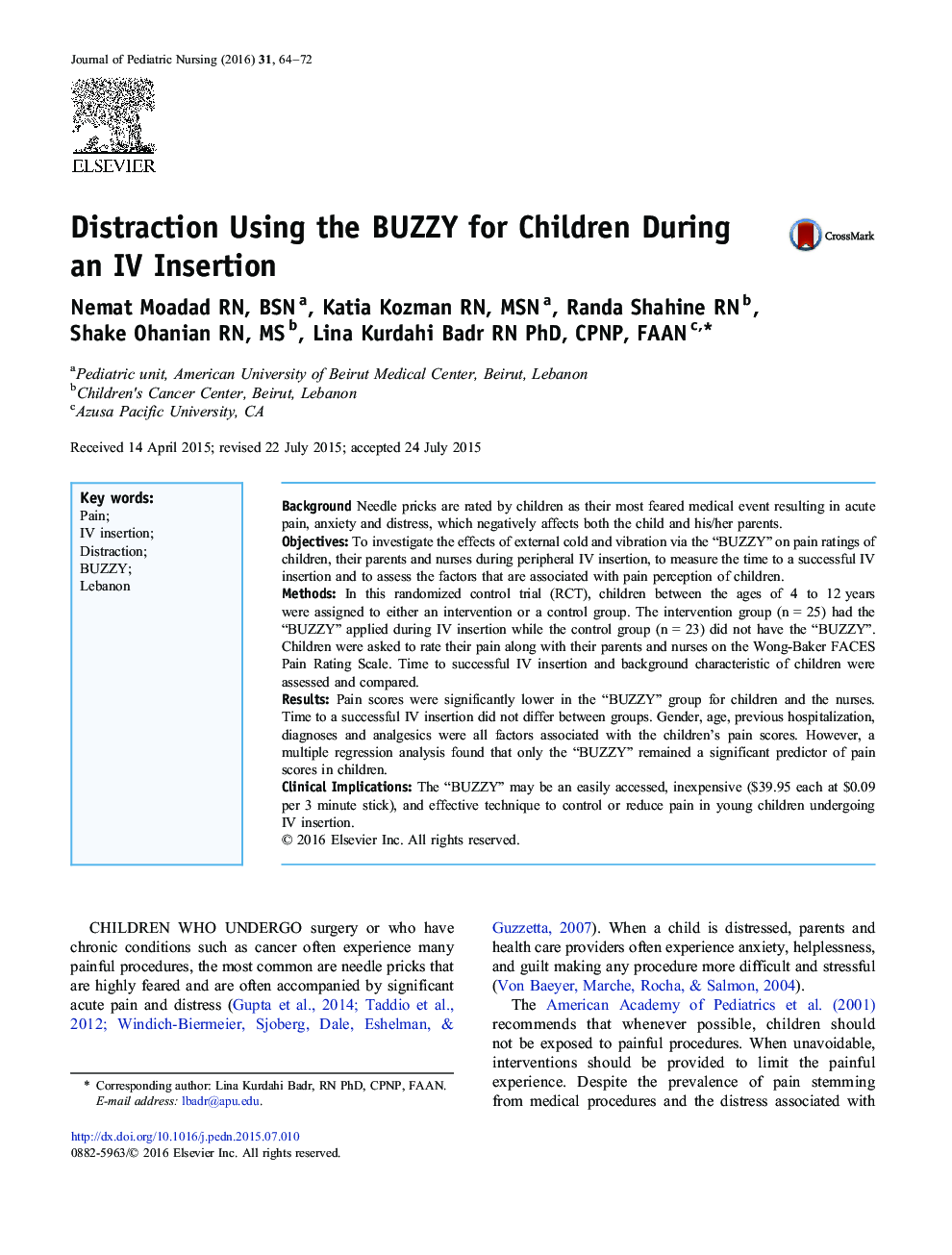 • The BUZZY, a relatively new and inexpensive device, may be used to distract children during IV insertion and lessen their pain perception.
• Gender, age, previous hospitalization, diagnoses and analgesics affect children's pain scores.

BackgroundNeedle pricks are rated by children as their most feared medical event resulting in acute pain, anxiety and distress, which negatively affects both the child and his/her parents.ObjectivesTo investigate the effects of external cold and vibration via the “BUZZY” on pain ratings of children, their parents and nurses during peripheral IV insertion, to measure the time to a successful IV insertion and to assess the factors that are associated with pain perception of children.MethodsIn this randomized control trial (RCT), children between the ages of 4 to 12 years were assigned to either an intervention or a control group. The intervention group (n = 25) had the “BUZZY” applied during IV insertion while the control group (n = 23) did not have the “BUZZY”. Children were asked to rate their pain along with their parents and nurses on the Wong-Baker FACES Pain Rating Scale. Time to successful IV insertion and background characteristic of children were assessed and compared.ResultsPain scores were significantly lower in the “BUZZY” group for children and the nurses. Time to a successful IV insertion did not differ between groups. Gender, age, previous hospitalization, diagnoses and analgesics were all factors associated with the children's pain scores. However, a multiple regression analysis found that only the “BUZZY” remained a significant predictor of pain scores in children.Clinical ImplicationsThe “BUZZY” may be an easily accessed, inexpensive ($39.95 each at $0.09 per 3 minute stick), and effective technique to control or reduce pain in young children undergoing IV insertion.