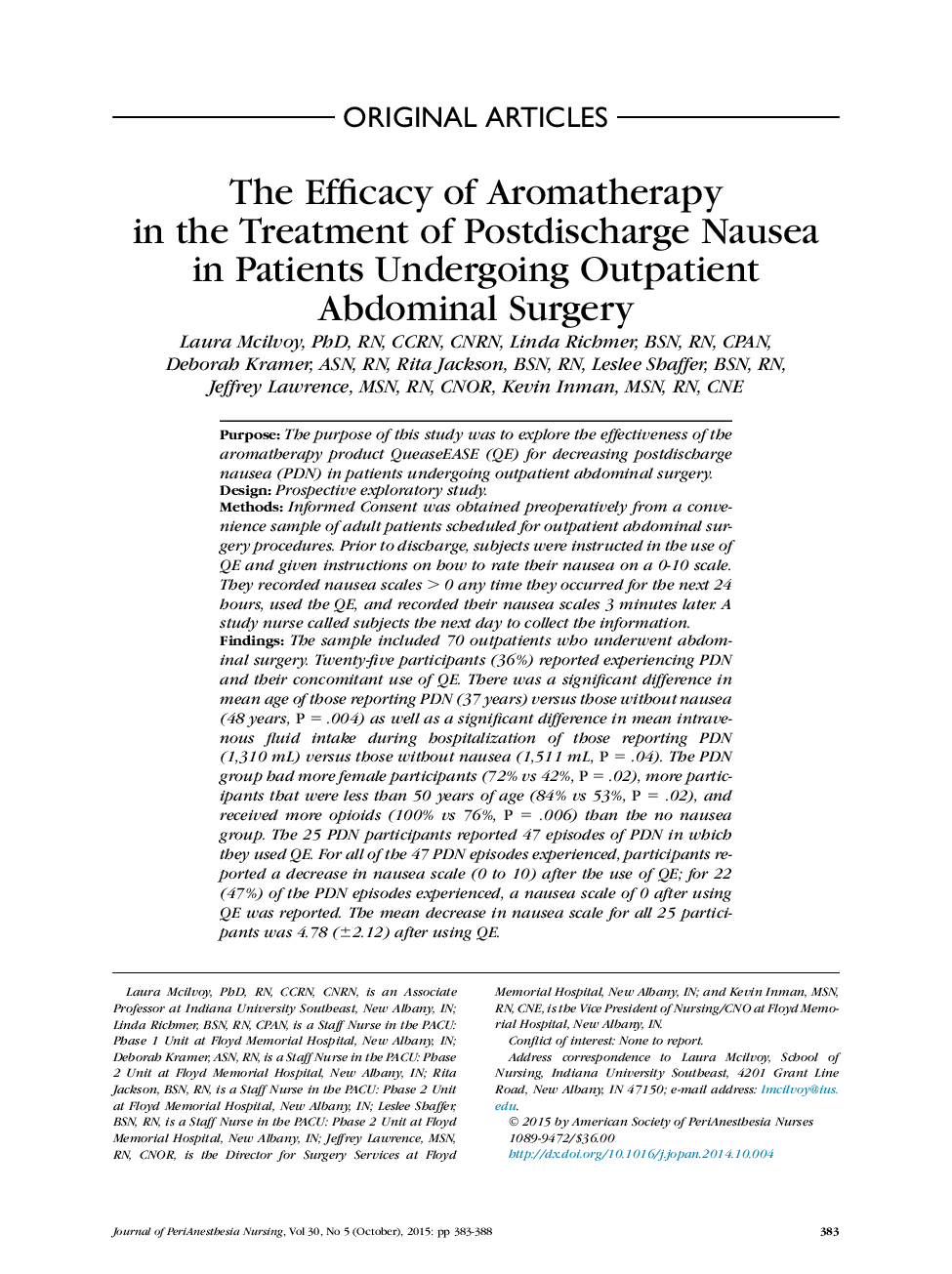 PurposeThe purpose of this study was to explore the effectiveness of the aromatherapy product QueaseEASE (QE) for decreasing postdischarge nausea (PDN) in patients undergoing outpatient abdominal surgery.DesignProspective exploratory study.MethodsInformed Consent was obtained preoperatively from a convenience sample of adult patients scheduled for outpatient abdominal surgery procedures. Prior to discharge, subjects were instructed in the use of QE and given instructions on how to rate their nausea on a 0-10 scale. They recorded nausea scales > 0 any time they occurred for the next 24 hours, used the QE, and recorded their nausea scales 3 minutes later. A study nurse called subjects the next day to collect the information.FindingsThe sample included 70 outpatients who underwent abdominal surgery. Twenty-five participants (36%) reported experiencing PDN and their concomitant use of QE. There was a significant difference in mean age of those reporting PDN (37 years) versus those without nausea (48 years, P = .004) as well as a significant difference in mean intravenous fluid intake during hospitalization of those reporting PDN (1,310 mL) versus those without nausea (1,511 mL, P = .04). The PDN group had more female participants (72% vs 42%, P = .02), more participants that were less than 50 years of age (84% vs 53%, P = .02), and received more opioids (100% vs 76%, P = .006) than the no nausea group. The 25 PDN participants reported 47 episodes of PDN in which they used QE. For all of the 47 PDN episodes experienced, participants reported a decrease in nausea scale (0 to 10) after the use of QE; for 22 (47%) of the PDN episodes experienced, a nausea scale of 0 after using QE was reported. The mean decrease in nausea scale for all 25 participants was 4.78 (±2.12) after using QE.ConclusionThis study found that the aromatherapy QE was an effective treatment of PDN in select same-day abdominal surgery patients.