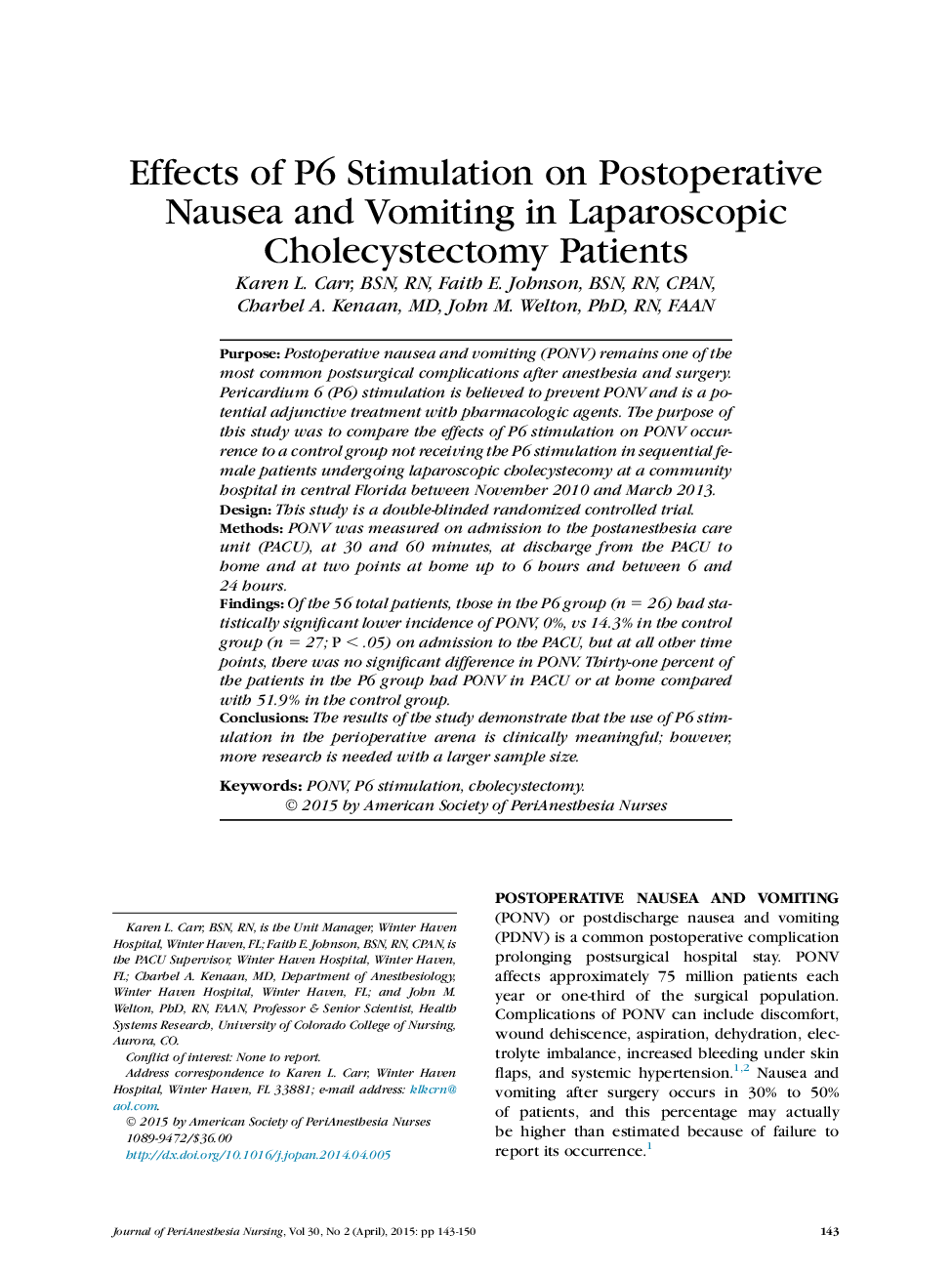 PurposePostoperative nausea and vomiting (PONV) remains one of the most common postsurgical complications after anesthesia and surgery. Pericardium 6 (P6) stimulation is believed to prevent PONV and is a potential adjunctive treatment with pharmacologic agents. The purpose of this study was to compare the effects of P6 stimulation on PONV occurrence to a control group not receiving the P6 stimulation in sequential female patients undergoing laparoscopic cholecystecomy at a community hospital in central Florida between November 2010 and March 2013.DesignThis study is a double-blinded randomized controlled trial.MethodsPONV was measured on admission to the postanesthesia care unit (PACU), at 30 and 60 minutes, at discharge from the PACU to home and at two points at home up to 6 hours and between 6 and 24 hours.FindingsOf the 56 total patients, those in the P6 group (n = 26) had statistically significant lower incidence of PONV, 0%, vs 14.3% in the control group (n = 27; P < .05) on admission to the PACU, but at all other time points, there was no significant difference in PONV. Thirty-one percent of the patients in the P6 group had PONV in PACU or at home compared with 51.9% in the control group.ConclusionsThe results of the study demonstrate that the use of P6 stimulation in the perioperative arena is clinically meaningful; however, more research is needed with a larger sample size.