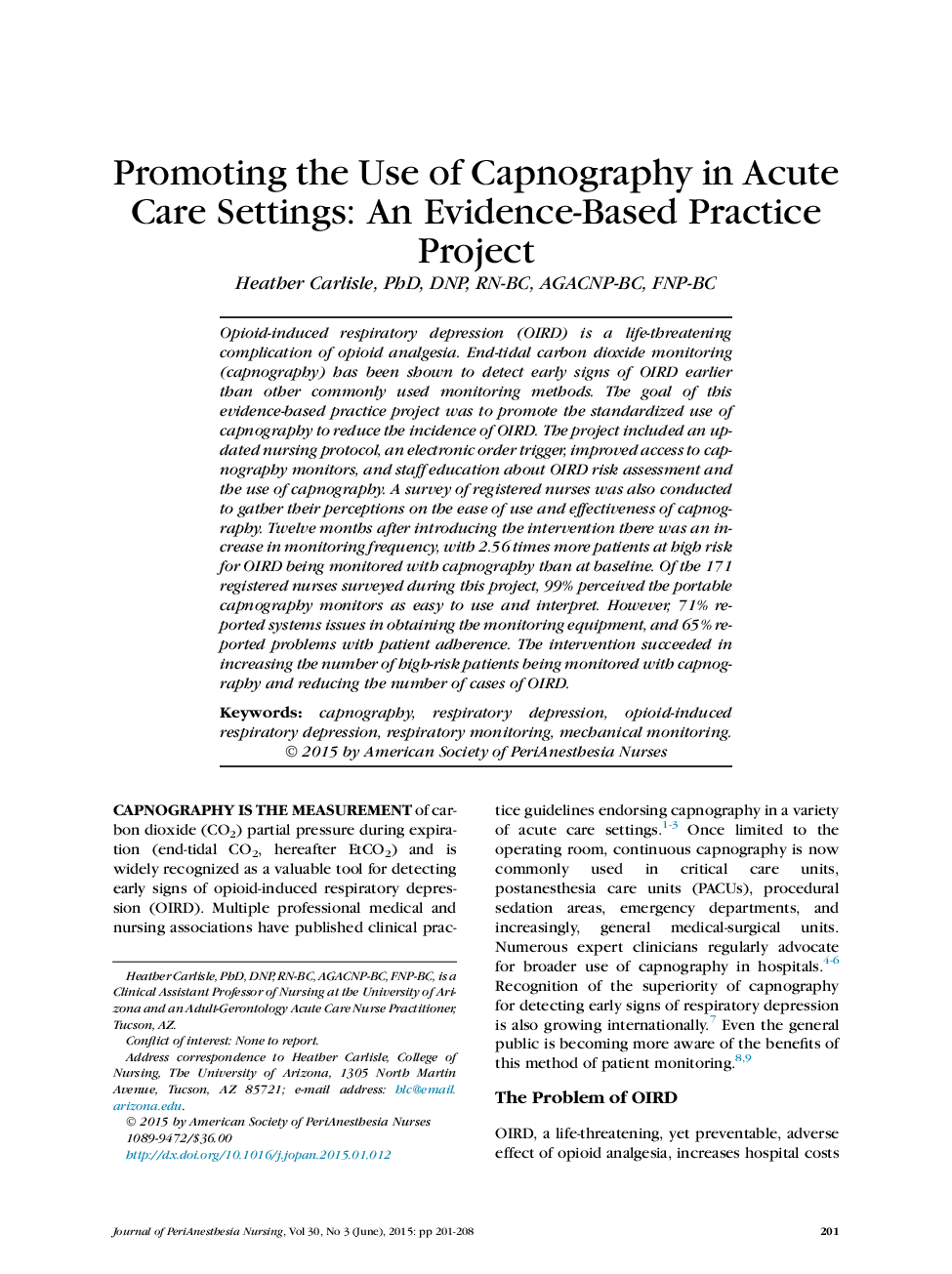 Opioid-induced respiratory depression (OIRD) is a life-threatening complication of opioid analgesia. End-tidal carbon dioxide monitoring (capnography) has been shown to detect early signs of OIRD earlier than other commonly used monitoring methods. The goal of this evidence-based practice project was to promote the standardized use of capnography to reduce the incidence of OIRD. The project included an updated nursing protocol, an electronic order trigger, improved access to capnography monitors, and staff education about OIRD risk assessment and the use of capnography. A survey of registered nurses was also conducted to gather their perceptions on the ease of use and effectiveness of capnography. Twelve months after introducing the intervention there was an increase in monitoring frequency, with 2.56 times more patients at high risk for OIRD being monitored with capnography than at baseline. Of the 171 registered nurses surveyed during this project, 99% perceived the portable capnography monitors as easy to use and interpret. However, 71% reported systems issues in obtaining the monitoring equipment, and 65% reported problems with patient adherence. The intervention succeeded in increasing the number of high-risk patients being monitored with capnography and reducing the number of cases of OIRD.