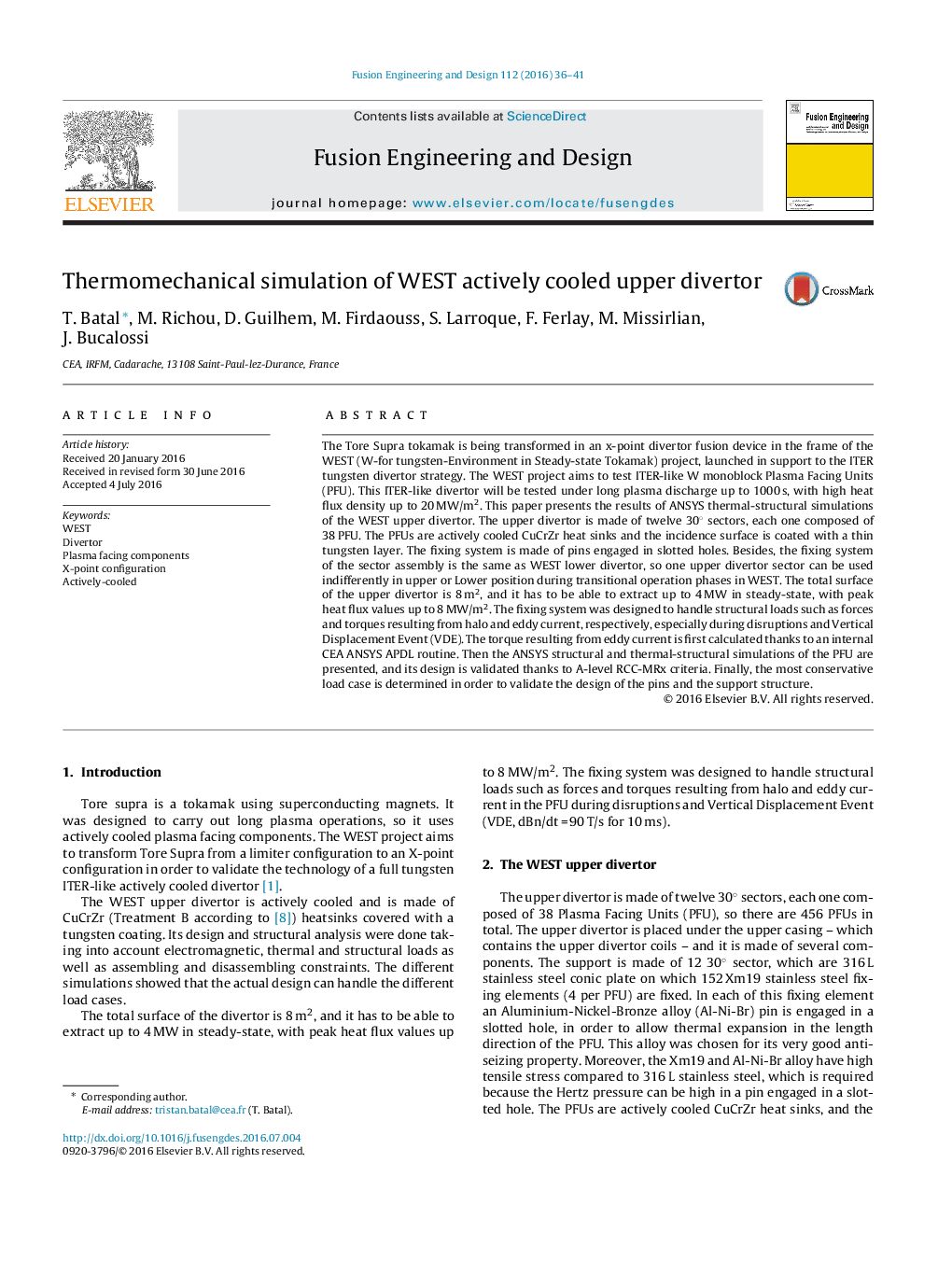 The Tore Supra tokamak is being transformed in an x-point divertor fusion device in the frame of the WEST (W-for tungsten-Environment in Steady-state Tokamak) project, launched in support to the ITER tungsten divertor strategy. The WEST project aims to test ITER-like W monoblock Plasma Facing Units (PFU). This ITER-like divertor will be tested under long plasma discharge up to 1000 s, with high heat flux density up to 20 MW/m2. This paper presents the results of ANSYS thermal-structural simulations of the WEST upper divertor. The upper divertor is made of twelve 30° sectors, each one composed of 38 PFU. The PFUs are actively cooled CuCrZr heat sinks and the incidence surface is coated with a thin tungsten layer. The fixing system is made of pins engaged in slotted holes. Besides, the fixing system of the sector assembly is the same as WEST lower divertor, so one upper divertor sector can be used indifferently in upper or Lower position during transitional operation phases in WEST. The total surface of the upper divertor is 8 m2, and it has to be able to extract up to 4 MW in steady-state, with peak heat flux values up to 8 MW/m2. The fixing system was designed to handle structural loads such as forces and torques resulting from halo and eddy current, respectively, especially during disruptions and Vertical Displacement Event (VDE). The torque resulting from eddy current is first calculated thanks to an internal CEA ANSYS APDL routine. Then the ANSYS structural and thermal-structural simulations of the PFU are presented, and its design is validated thanks to A-level RCC-MRx criteria. Finally, the most conservative load case is determined in order to validate the design of the pins and the support structure.