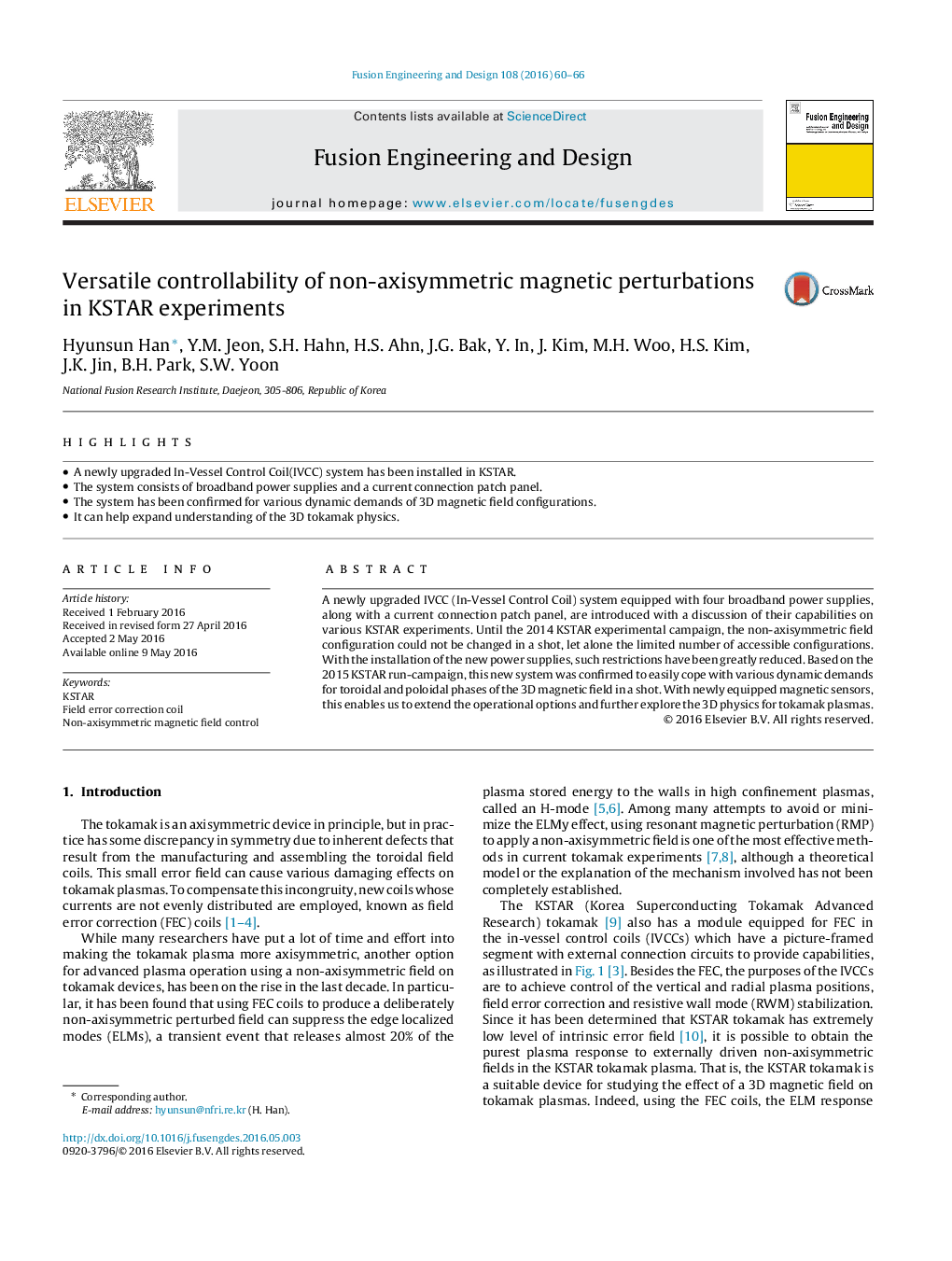 • A newly upgraded In-Vessel Control Coil(IVCC) system has been installed in KSTAR.
• The system consists of broadband power supplies and a current connection patch panel.
• The system has been confirmed for various dynamic demands of 3D magnetic field configurations.
• It can help expand understanding of the 3D tokamak physics.

A newly upgraded IVCC (In-Vessel Control Coil) system equipped with four broadband power supplies, along with a current connection patch panel, are introduced with a discussion of their capabilities on various KSTAR experiments. Until the 2014 KSTAR experimental campaign, the non-axisymmetric field configuration could not be changed in a shot, let alone the limited number of accessible configurations. With the installation of the new power supplies, such restrictions have been greatly reduced. Based on the 2015 KSTAR run-campaign, this new system was confirmed to easily cope with various dynamic demands for toroidal and poloidal phases of the 3D magnetic field in a shot. With newly equipped magnetic sensors, this enables us to extend the operational options and further explore the 3D physics for tokamak plasmas.