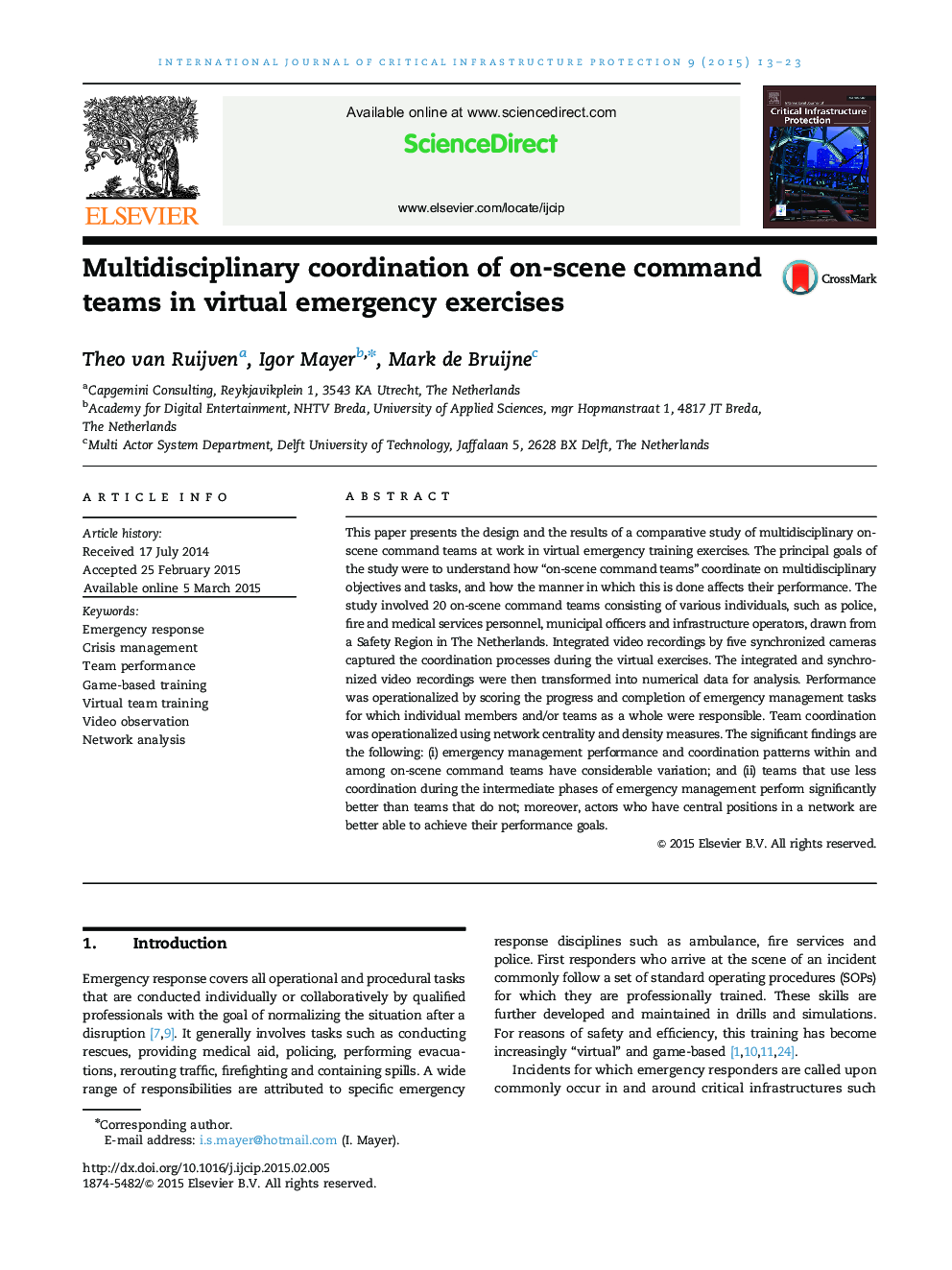 This paper presents the design and the results of a comparative study of multidisciplinary on-scene command teams at work in virtual emergency training exercises. The principal goals of the study were to understand how “on-scene command teams” coordinate on multidisciplinary objectives and tasks, and how the manner in which this is done affects their performance. The study involved 20 on-scene command teams consisting of various individuals, such as police, fire and medical services personnel, municipal officers and infrastructure operators, drawn from a Safety Region in The Netherlands. Integrated video recordings by five synchronized cameras captured the coordination processes during the virtual exercises. The integrated and synchronized video recordings were then transformed into numerical data for analysis. Performance was operationalized by scoring the progress and completion of emergency management tasks for which individual members and/or teams as a whole were responsible. Team coordination was operationalized using network centrality and density measures. The significant findings are the following: (i) emergency management performance and coordination patterns within and among on-scene command teams have considerable variation; and (ii) teams that use less coordination during the intermediate phases of emergency management perform significantly better than teams that do not; moreover, actors who have central positions in a network are better able to achieve their performance goals.