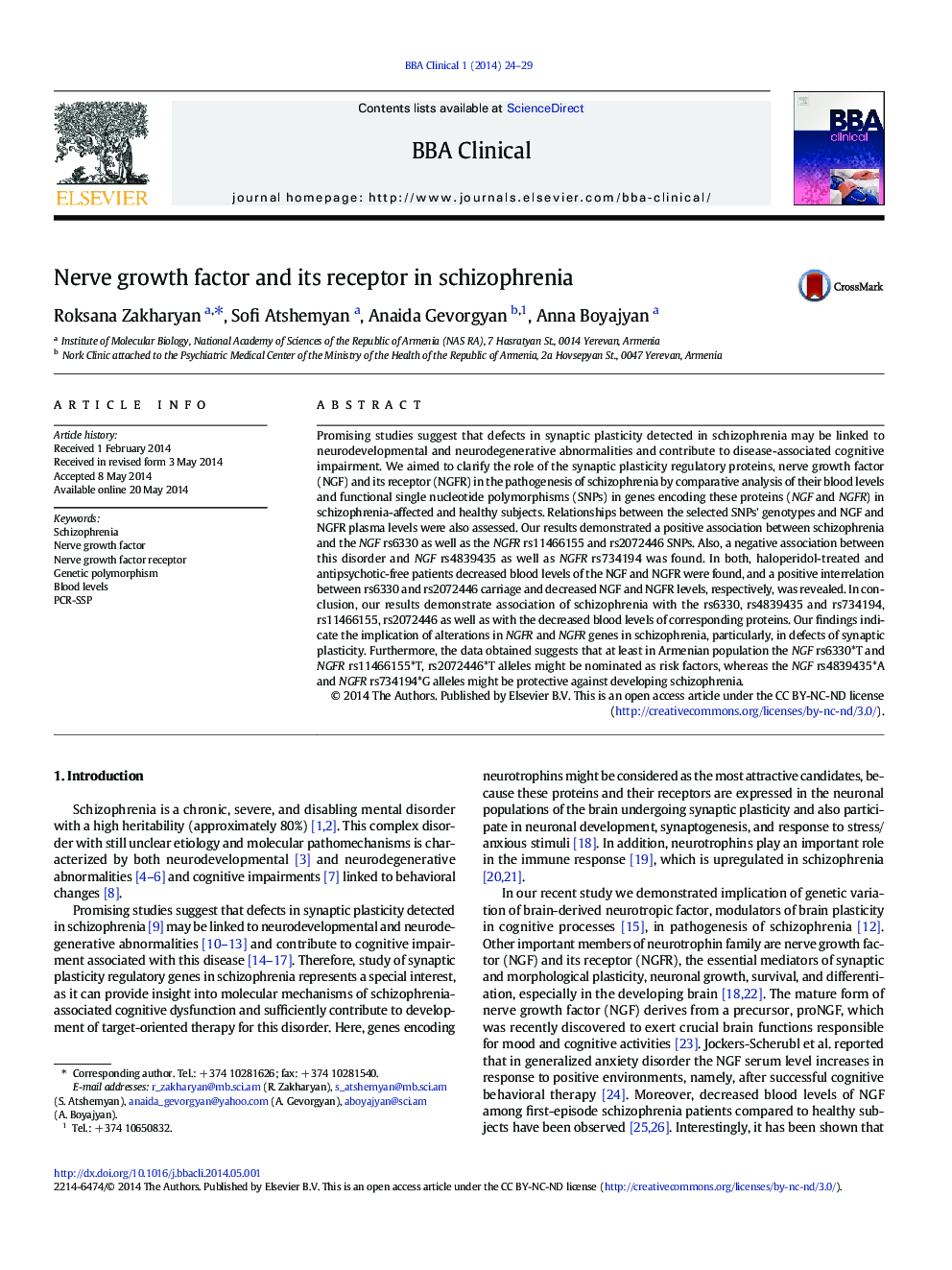 Promising studies suggest that defects in synaptic plasticity detected in schizophrenia may be linked to neurodevelopmental and neurodegenerative abnormalities and contribute to disease-associated cognitive impairment. We aimed to clarify the role of the synaptic plasticity regulatory proteins, nerve growth factor (NGF) and its receptor (NGFR) in the pathogenesis of schizophrenia by comparative analysis of their blood levels and functional single nucleotide polymorphisms (SNPs) in genes encoding these proteins (NGF and NGFR) in schizophrenia-affected and healthy subjects. Relationships between the selected SNPs' genotypes and NGF and NGFR plasma levels were also assessed. Our results demonstrated a positive association between schizophrenia and the NGF rs6330 as well as the NGFR rs11466155 and rs2072446 SNPs. Also, a negative association between this disorder and NGF rs4839435 as well as NGFR rs734194 was found. In both, haloperidol-treated and antipsychotic-free patients decreased blood levels of the NGF and NGFR were found, and a positive interrelation between rs6330 and rs2072446 carriage and decreased NGF and NGFR levels, respectively, was revealed. In conclusion, our results demonstrate association of schizophrenia with the rs6330, rs4839435 and rs734194, rs11466155, rs2072446 as well as with the decreased blood levels of corresponding proteins. Our findings indicate the implication of alterations in NGFR and NGFR genes in schizophrenia, particularly, in defects of synaptic plasticity. Furthermore, the data obtained suggests that at least in Armenian population the NGF rs6330*T and NGFR rs11466155*T, rs2072446*T alleles might be nominated as risk factors, whereas the NGF rs4839435*A and NGFR rs734194*G alleles might be protective against developing schizophrenia.