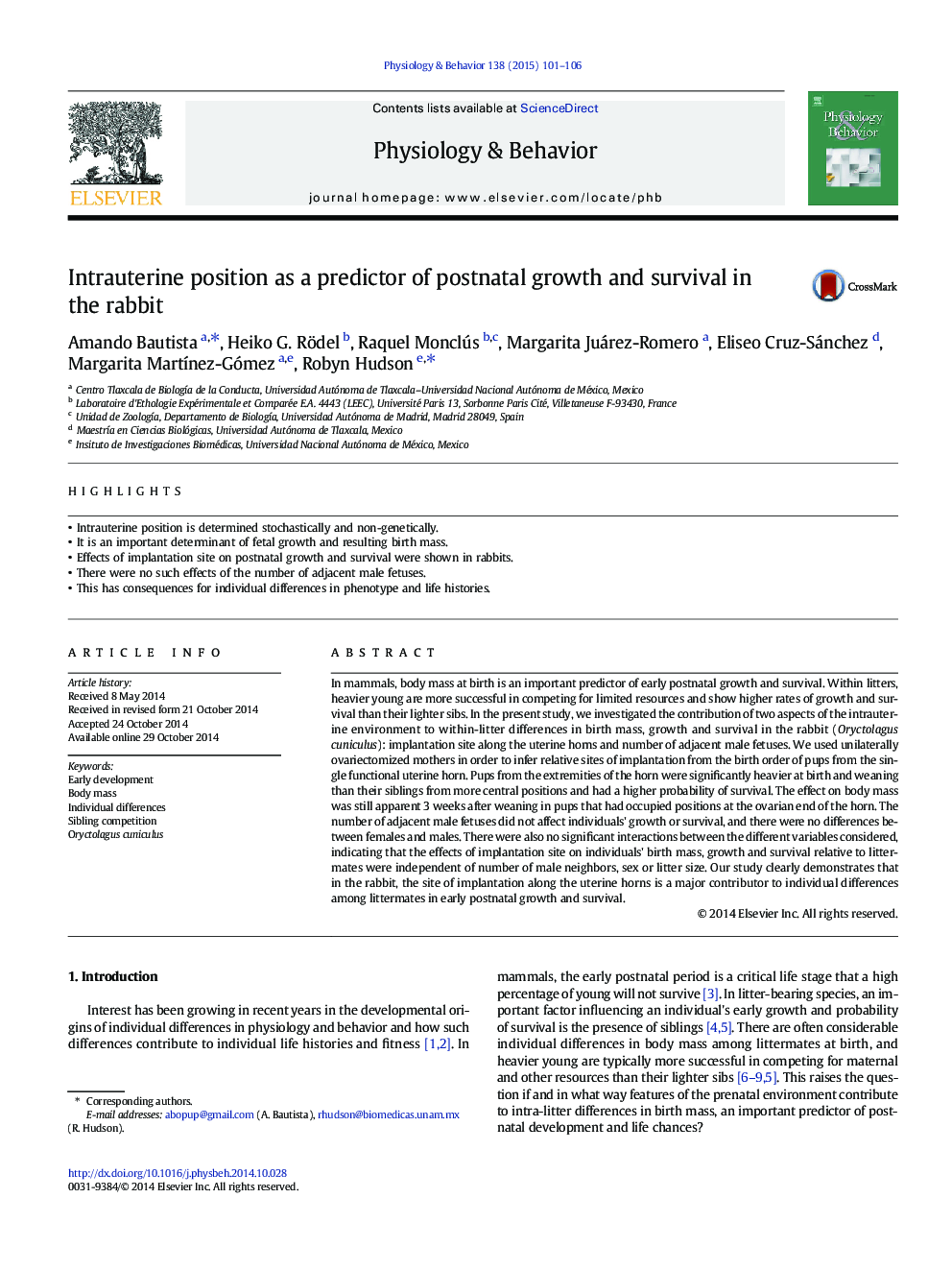 • Intrauterine position is determined stochastically and non-genetically.
• It is an important determinant of fetal growth and resulting birth mass.
• Effects of implantation site on postnatal growth and survival were shown in rabbits.
• There were no such effects of the number of adjacent male fetuses.
• This has consequences for individual differences in phenotype and life histories.

In mammals, body mass at birth is an important predictor of early postnatal growth and survival. Within litters, heavier young are more successful in competing for limited resources and show higher rates of growth and survival than their lighter sibs. In the present study, we investigated the contribution of two aspects of the intrauterine environment to within-litter differences in birth mass, growth and survival in the rabbit (Oryctolagus cuniculus): implantation site along the uterine horns and number of adjacent male fetuses. We used unilaterally ovariectomized mothers in order to infer relative sites of implantation from the birth order of pups from the single functional uterine horn. Pups from the extremities of the horn were significantly heavier at birth and weaning than their siblings from more central positions and had a higher probability of survival. The effect on body mass was still apparent 3 weeks after weaning in pups that had occupied positions at the ovarian end of the horn. The number of adjacent male fetuses did not affect individuals' growth or survival, and there were no differences between females and males. There were also no significant interactions between the different variables considered, indicating that the effects of implantation site on individuals' birth mass, growth and survival relative to littermates were independent of number of male neighbors, sex or litter size. Our study clearly demonstrates that in the rabbit, the site of implantation along the uterine horns is a major contributor to individual differences among littermates in early postnatal growth and survival.