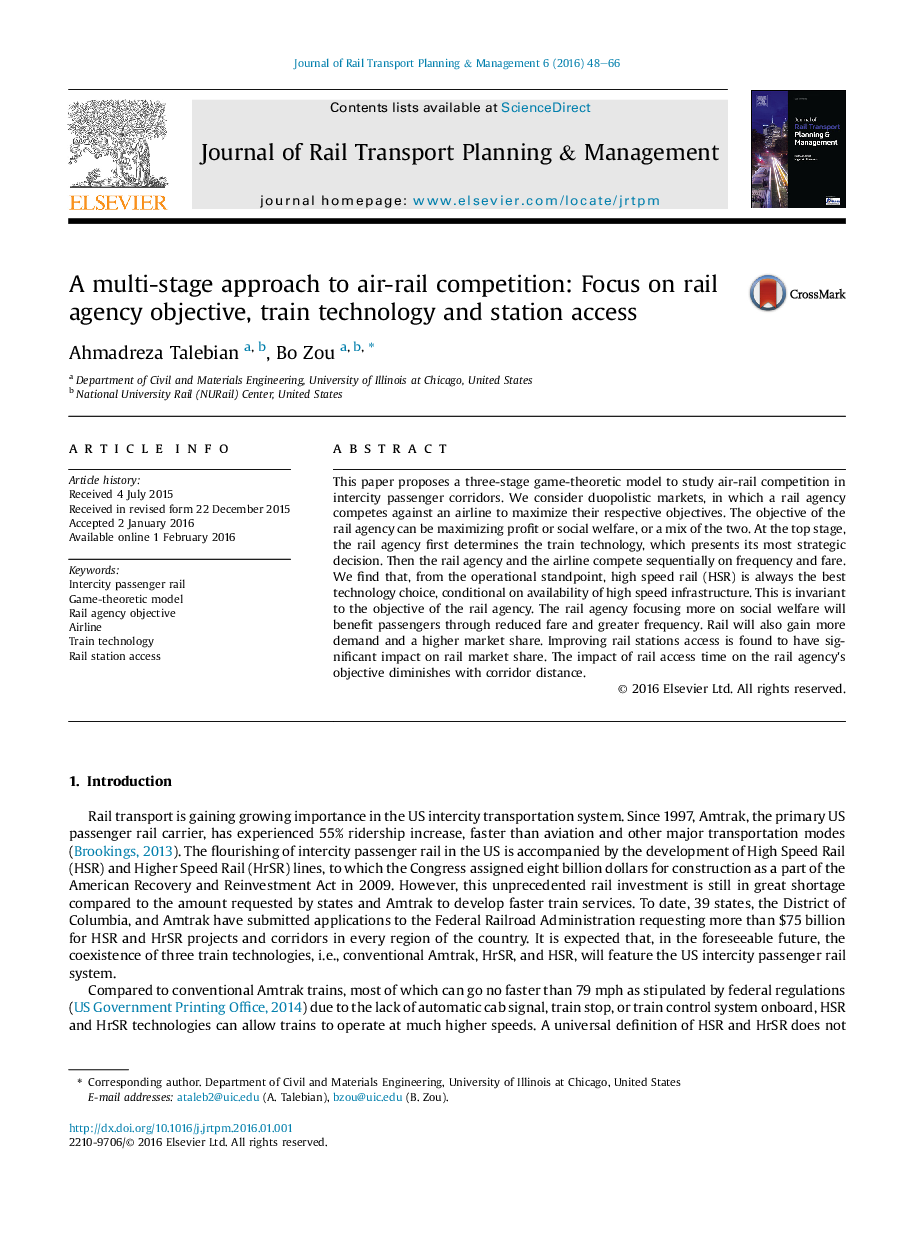 This paper proposes a three-stage game-theoretic model to study air-rail competition in intercity passenger corridors. We consider duopolistic markets, in which a rail agency competes against an airline to maximize their respective objectives. The objective of the rail agency can be maximizing profit or social welfare, or a mix of the two. At the top stage, the rail agency first determines the train technology, which presents its most strategic decision. Then the rail agency and the airline compete sequentially on frequency and fare. We find that, from the operational standpoint, high speed rail (HSR) is always the best technology choice, conditional on availability of high speed infrastructure. This is invariant to the objective of the rail agency. The rail agency focusing more on social welfare will benefit passengers through reduced fare and greater frequency. Rail will also gain more demand and a higher market share. Improving rail stations access is found to have significant impact on rail market share. The impact of rail access time on the rail agency's objective diminishes with corridor distance.