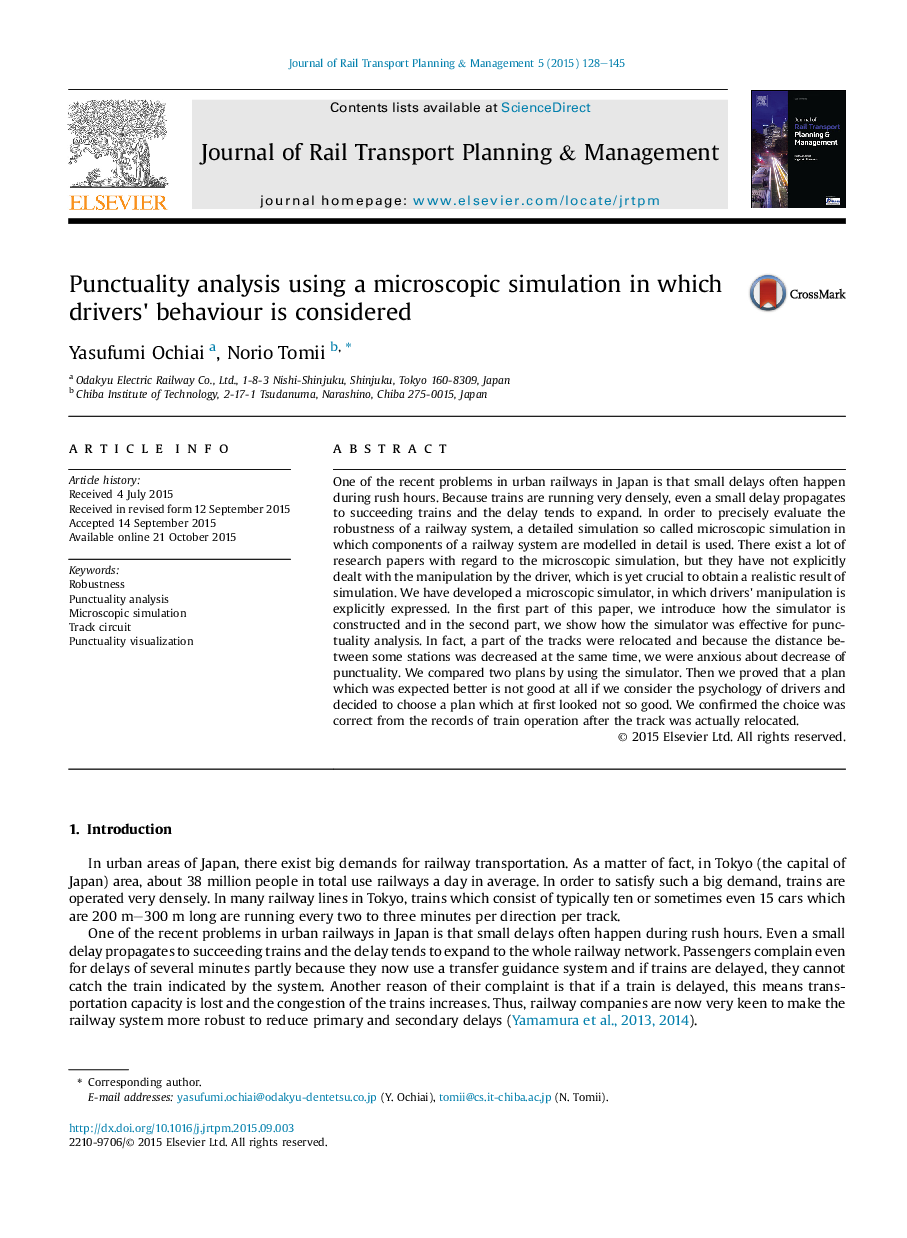 One of the recent problems in urban railways in Japan is that small delays often happen during rush hours. Because trains are running very densely, even a small delay propagates to succeeding trains and the delay tends to expand. In order to precisely evaluate the robustness of a railway system, a detailed simulation so called microscopic simulation in which components of a railway system are modelled in detail is used. There exist a lot of research papers with regard to the microscopic simulation, but they have not explicitly dealt with the manipulation by the driver, which is yet crucial to obtain a realistic result of simulation. We have developed a microscopic simulator, in which drivers' manipulation is explicitly expressed. In the first part of this paper, we introduce how the simulator is constructed and in the second part, we show how the simulator was effective for punctuality analysis. In fact, a part of the tracks were relocated and because the distance between some stations was decreased at the same time, we were anxious about decrease of punctuality. We compared two plans by using the simulator. Then we proved that a plan which was expected better is not good at all if we consider the psychology of drivers and decided to choose a plan which at first looked not so good. We confirmed the choice was correct from the records of train operation after the track was actually relocated.