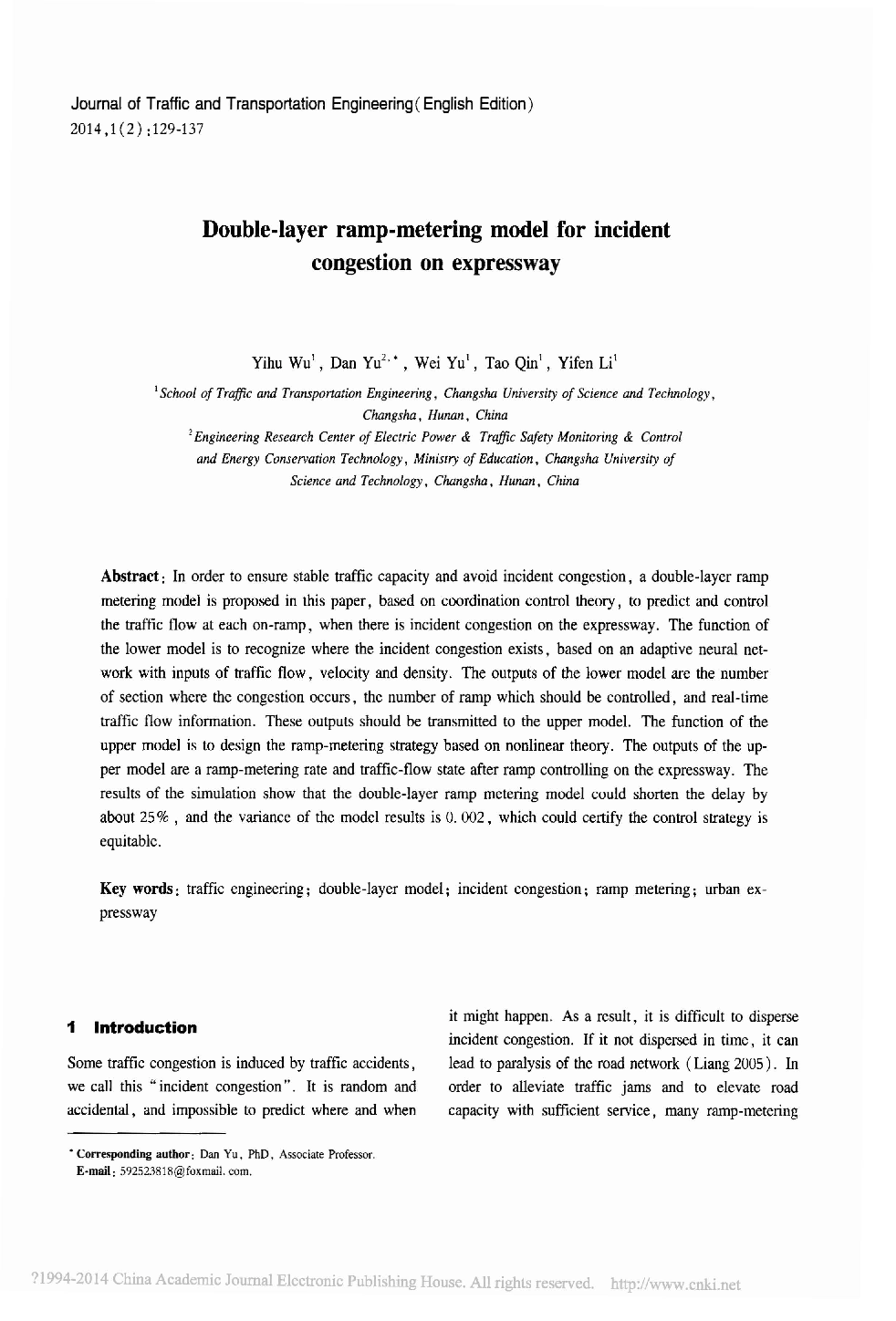 :In order to ensure stable traffic capacity and avoid incident congestion, a double-layer ramp metering model is proposed in this paper, based on coordination control theory, to predict and control the traffic flow at each on-ramp, when there is incident congestion on the expressway. The function of the lower model is to recognize where the incident congestion exists, based on an adaptive neural network with inputs of traffic flow, velocity and density. The outputs of the lower model are the number of section where the congestion occurs, the number of ramp which should be controlled, and real-time traffic flow information. These outputs should be transmitted to the upper model. The function of the upper model is to design the ramp-metering strategy based on nonlinear theory. The outputs of the upper model are a ramp-metering rate and traffic-flow state after ramp controlling on the expressway. The results of the simulation show that the double-layer ramp metering model could shorten the delay by about 25%, and the variance of the model results is 0. 002, which could certify the control strategy is equitable.