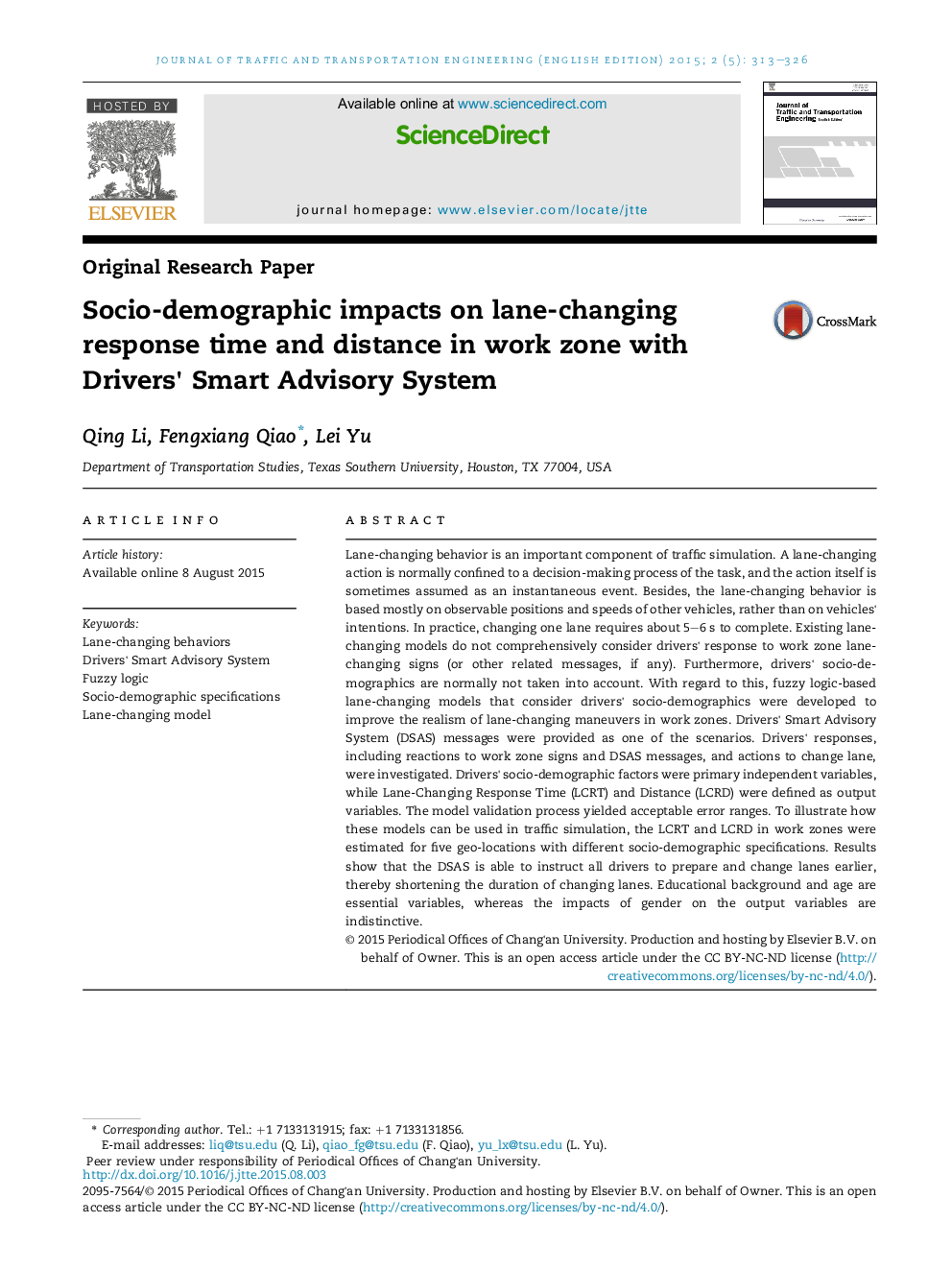 Lane-changing behavior is an important component of traffic simulation. A lane-changing action is normally confined to a decision-making process of the task, and the action itself is sometimes assumed as an instantaneous event. Besides, the lane-changing behavior is based mostly on observable positions and speeds of other vehicles, rather than on vehicles' intentions. In practice, changing one lane requires about 5–6 s to complete. Existing lane-changing models do not comprehensively consider drivers' response to work zone lane-changing signs (or other related messages, if any). Furthermore, drivers' socio-demographics are normally not taken into account. With regard to this, fuzzy logic-based lane-changing models that consider drivers' socio-demographics were developed to improve the realism of lane-changing maneuvers in work zones. Drivers' Smart Advisory System (DSAS) messages were provided as one of the scenarios. Drivers' responses, including reactions to work zone signs and DSAS messages, and actions to change lane, were investigated. Drivers' socio-demographic factors were primary independent variables, while Lane-Changing Response Time (LCRT) and Distance (LCRD) were defined as output variables. The model validation process yielded acceptable error ranges. To illustrate how these models can be used in traffic simulation, the LCRT and LCRD in work zones were estimated for five geo-locations with different socio-demographic specifications. Results show that the DSAS is able to instruct all drivers to prepare and change lanes earlier, thereby shortening the duration of changing lanes. Educational background and age are essential variables, whereas the impacts of gender on the output variables are indistinctive.