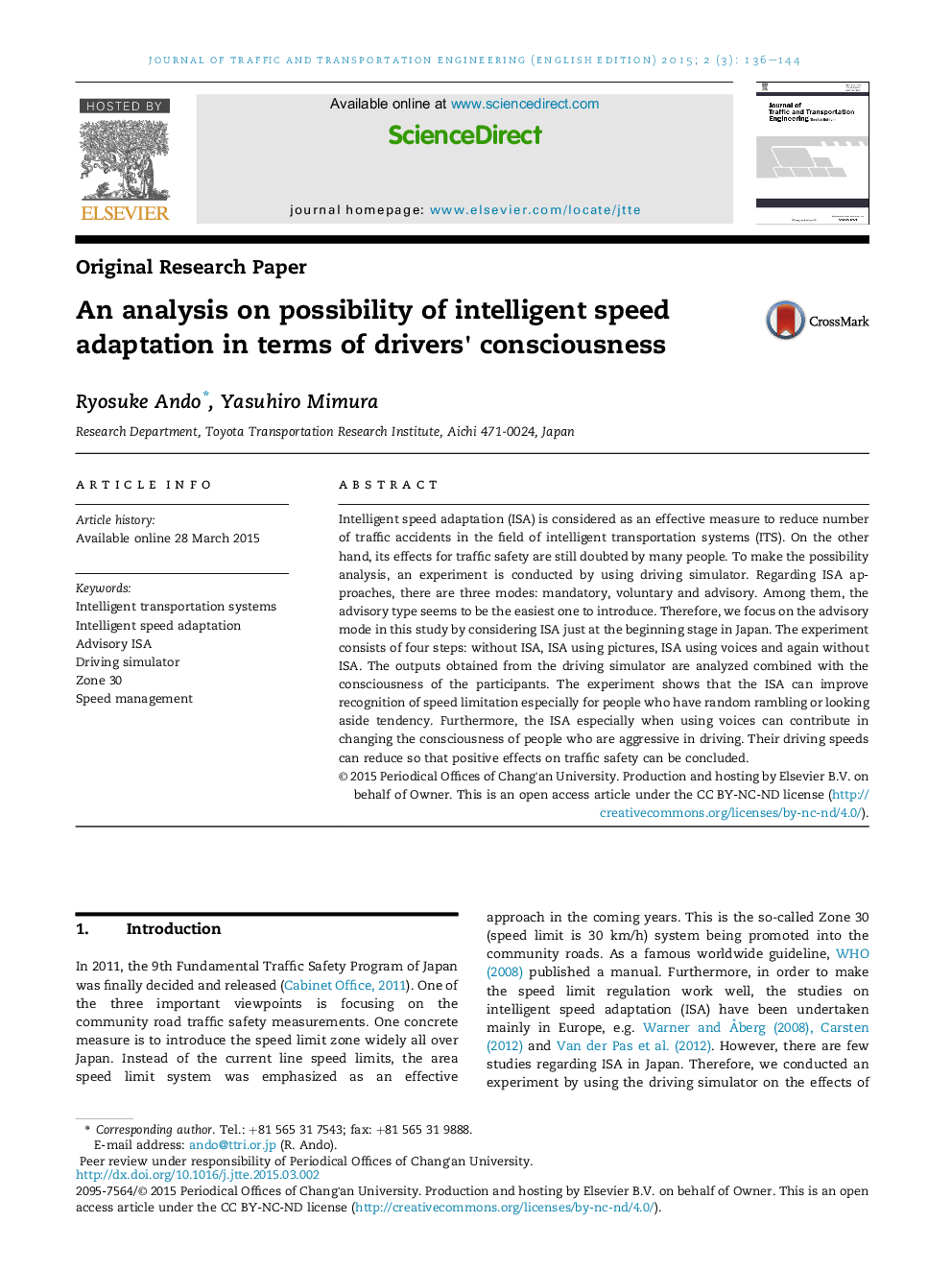 Intelligent speed adaptation (ISA) is considered as an effective measure to reduce number of traffic accidents in the field of intelligent transportation systems (ITS). On the other hand, its effects for traffic safety are still doubted by many people. To make the possibility analysis, an experiment is conducted by using driving simulator. Regarding ISA approaches, there are three modes: mandatory, voluntary and advisory. Among them, the advisory type seems to be the easiest one to introduce. Therefore, we focus on the advisory mode in this study by considering ISA just at the beginning stage in Japan. The experiment consists of four steps: without ISA, ISA using pictures, ISA using voices and again without ISA. The outputs obtained from the driving simulator are analyzed combined with the consciousness of the participants. The experiment shows that the ISA can improve recognition of speed limitation especially for people who have random rambling or looking aside tendency. Furthermore, the ISA especially when using voices can contribute in changing the consciousness of people who are aggressive in driving. Their driving speeds can reduce so that positive effects on traffic safety can be concluded.