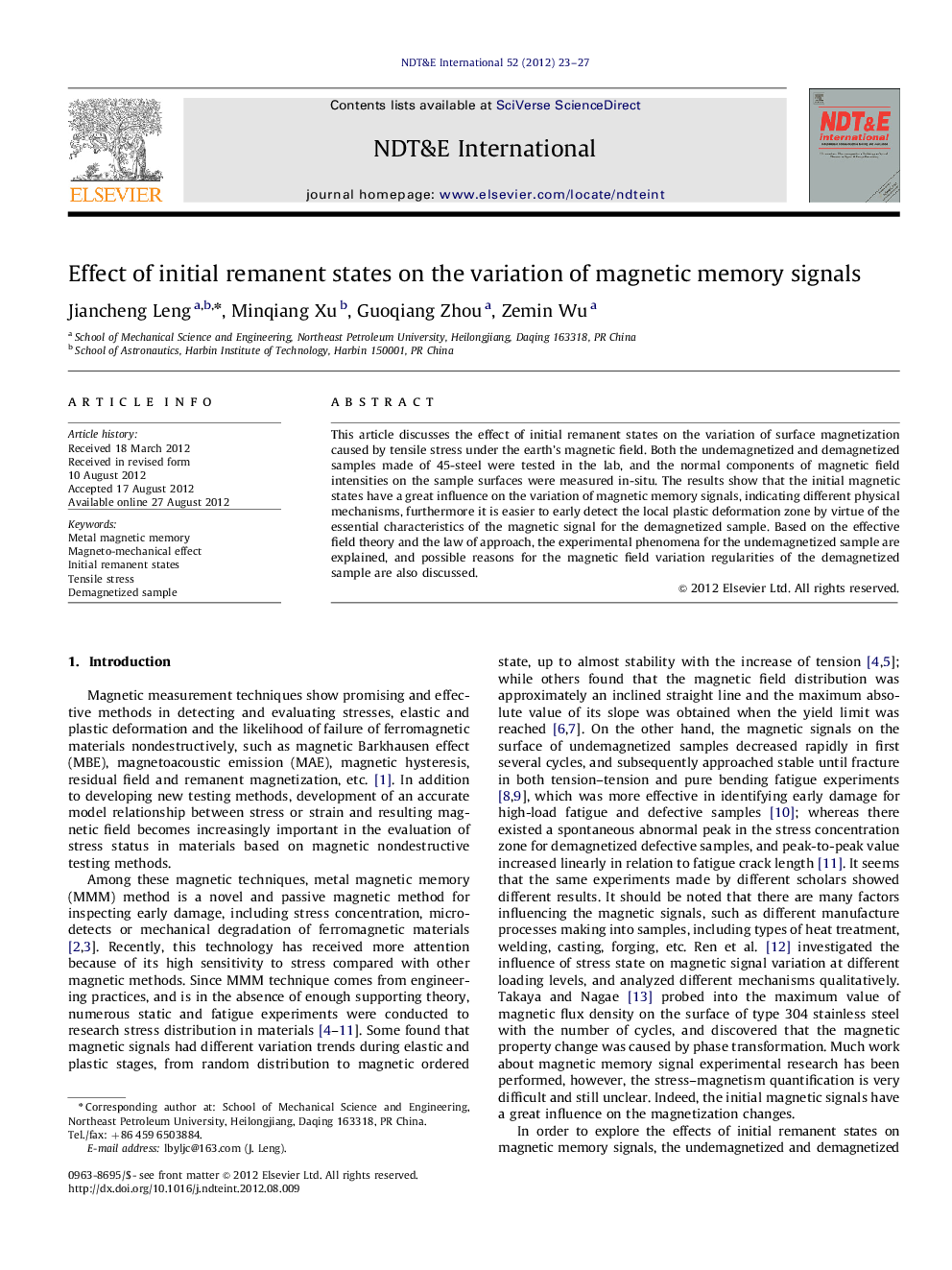 This article discusses the effect of initial remanent states on the variation of surface magnetization caused by tensile stress under the earth's magnetic field. Both the undemagnetized and demagnetized samples made of 45-steel were tested in the lab, and the normal components of magnetic field intensities on the sample surfaces were measured in-situ. The results show that the initial magnetic states have a great influence on the variation of magnetic memory signals, indicating different physical mechanisms, furthermore it is easier to early detect the local plastic deformation zone by virtue of the essential characteristics of the magnetic signal for the demagnetized sample. Based on the effective field theory and the law of approach, the experimental phenomena for the undemagnetized sample are explained, and possible reasons for the magnetic field variation regularities of the demagnetized sample are also discussed.