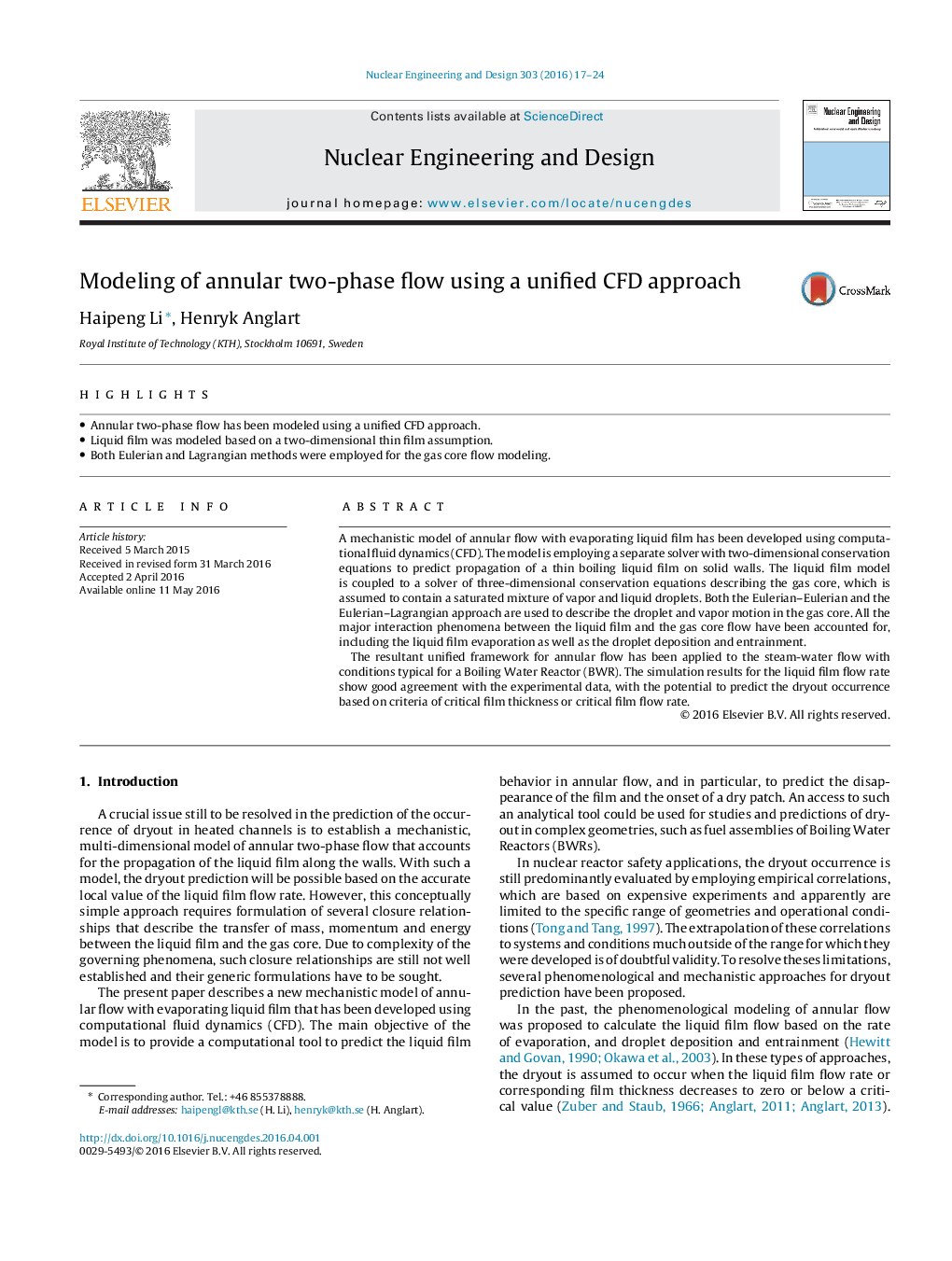 • Annular two-phase flow has been modeled using a unified CFD approach.
• Liquid film was modeled based on a two-dimensional thin film assumption.
• Both Eulerian and Lagrangian methods were employed for the gas core flow modeling.

A mechanistic model of annular flow with evaporating liquid film has been developed using computational fluid dynamics (CFD). The model is employing a separate solver with two-dimensional conservation equations to predict propagation of a thin boiling liquid film on solid walls. The liquid film model is coupled to a solver of three-dimensional conservation equations describing the gas core, which is assumed to contain a saturated mixture of vapor and liquid droplets. Both the Eulerian–Eulerian and the Eulerian–Lagrangian approach are used to describe the droplet and vapor motion in the gas core. All the major interaction phenomena between the liquid film and the gas core flow have been accounted for, including the liquid film evaporation as well as the droplet deposition and entrainment.The resultant unified framework for annular flow has been applied to the steam-water flow with conditions typical for a Boiling Water Reactor (BWR). The simulation results for the liquid film flow rate show good agreement with the experimental data, with the potential to predict the dryout occurrence based on criteria of critical film thickness or critical film flow rate.