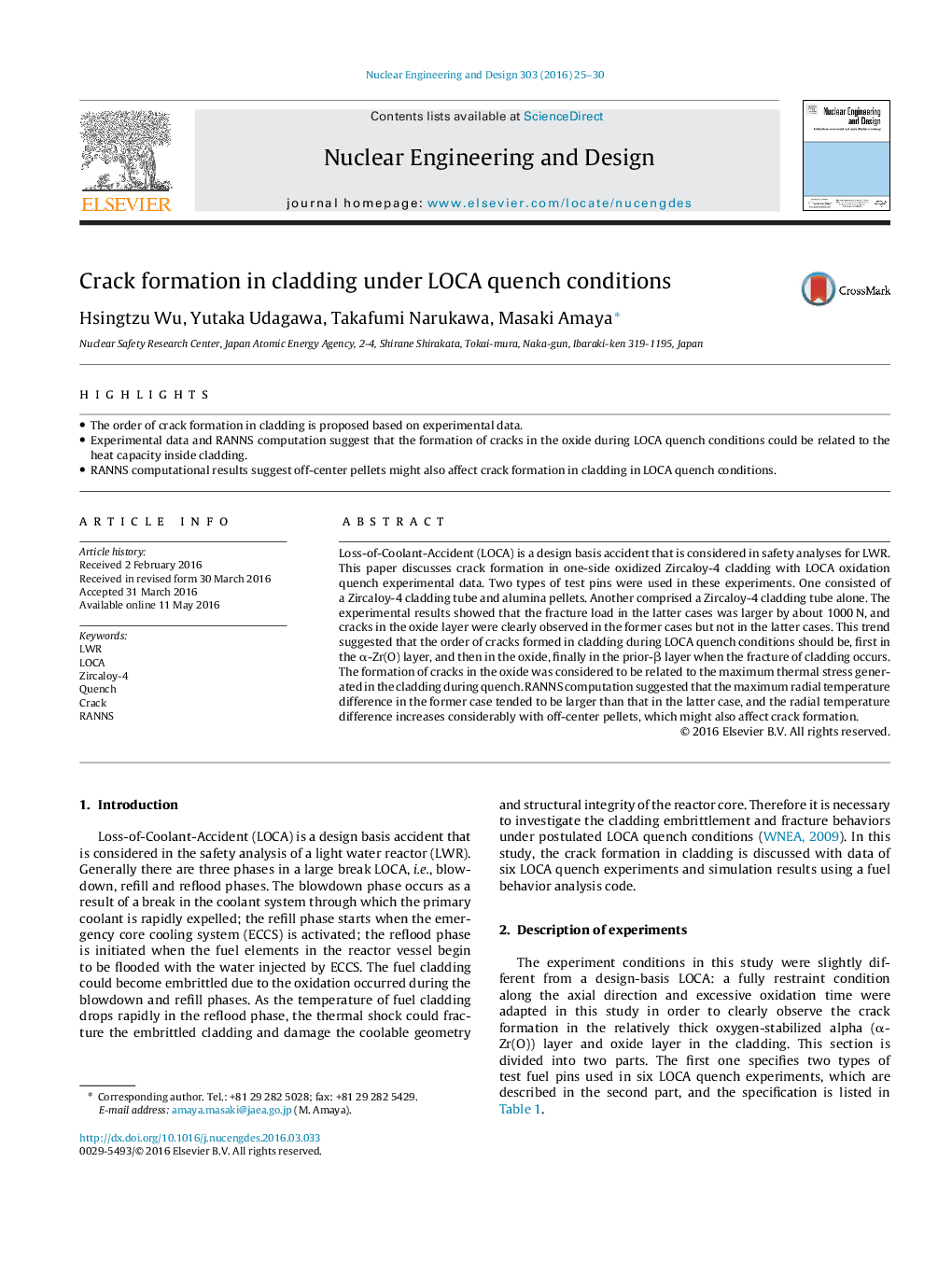 • The order of crack formation in cladding is proposed based on experimental data.
• Experimental data and RANNS computation suggest that the formation of cracks in the oxide during LOCA quench conditions could be related to the heat capacity inside cladding.
• RANNS computational results suggest off-center pellets might also affect crack formation in cladding in LOCA quench conditions.

Loss-of-Coolant-Accident (LOCA) is a design basis accident that is considered in safety analyses for LWR. This paper discusses crack formation in one-side oxidized Zircaloy-4 cladding with LOCA oxidation quench experimental data. Two types of test pins were used in these experiments. One consisted of a Zircaloy-4 cladding tube and alumina pellets. Another comprised a Zircaloy-4 cladding tube alone. The experimental results showed that the fracture load in the latter cases was larger by about 1000 N, and cracks in the oxide layer were clearly observed in the former cases but not in the latter cases. This trend suggested that the order of cracks formed in cladding during LOCA quench conditions should be, first in the α-Zr(O) layer, and then in the oxide, finally in the prior-β layer when the fracture of cladding occurs. The formation of cracks in the oxide was considered to be related to the maximum thermal stress generated in the cladding during quench. RANNS computation suggested that the maximum radial temperature difference in the former case tended to be larger than that in the latter case, and the radial temperature difference increases considerably with off-center pellets, which might also affect crack formation.