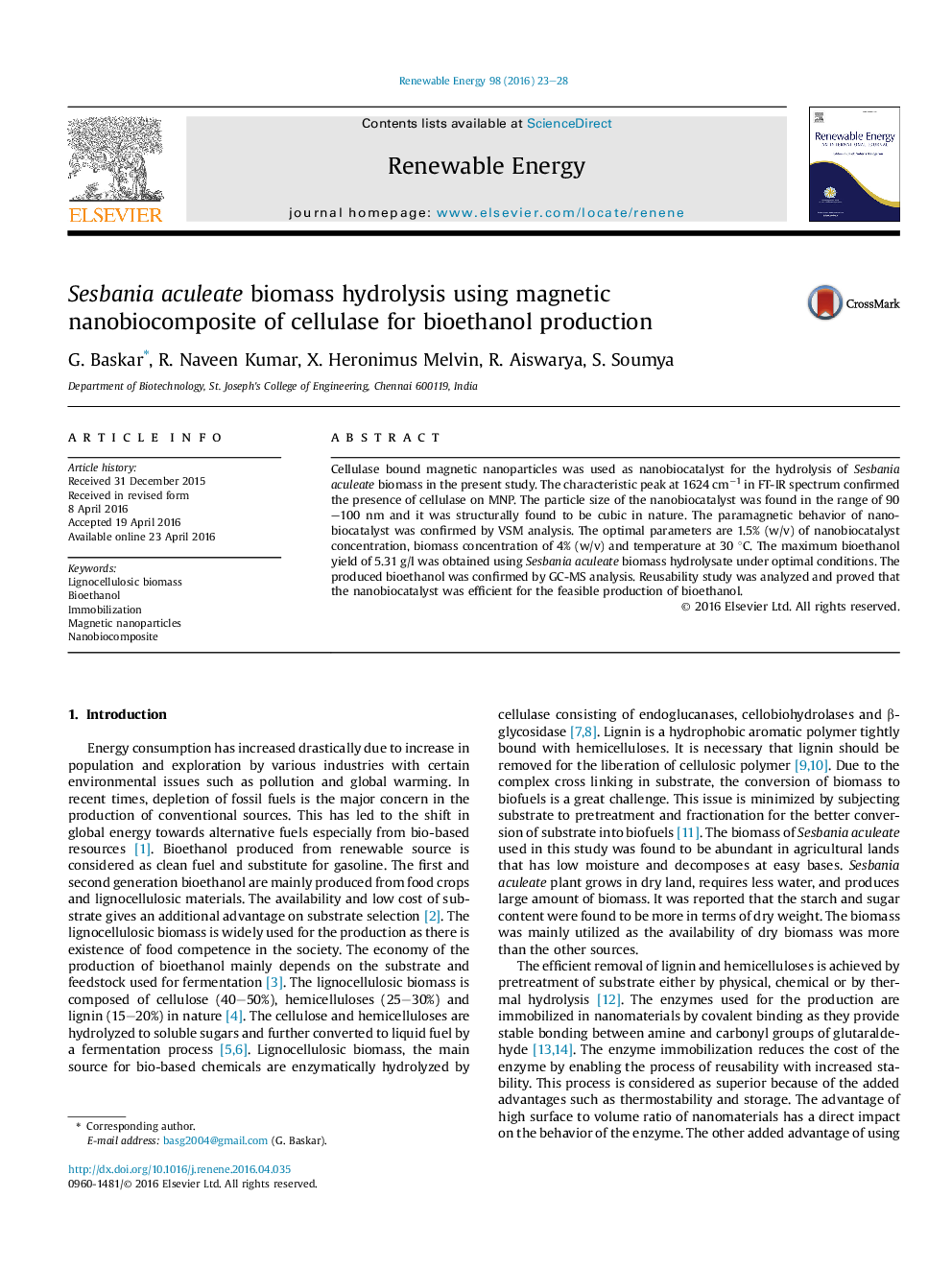 Cellulase bound magnetic nanoparticles was used as nanobiocatalyst for the hydrolysis of Sesbania aculeate biomass in the present study. The characteristic peak at 1624 cm−1 in FT-IR spectrum confirmed the presence of cellulase on MNP. The particle size of the nanobiocatalyst was found in the range of 90–100 nm and it was structurally found to be cubic in nature. The paramagnetic behavior of nanobiocatalyst was confirmed by VSM analysis. The optimal parameters are 1.5% (w/v) of nanobiocatalyst concentration, biomass concentration of 4% (w/v) and temperature at 30 °C. The maximum bioethanol yield of 5.31 g/l was obtained using Sesbania aculeate biomass hydrolysate under optimal conditions. The produced bioethanol was confirmed by GC-MS analysis. Reusability study was analyzed and proved that the nanobiocatalyst was efficient for the feasible production of bioethanol.