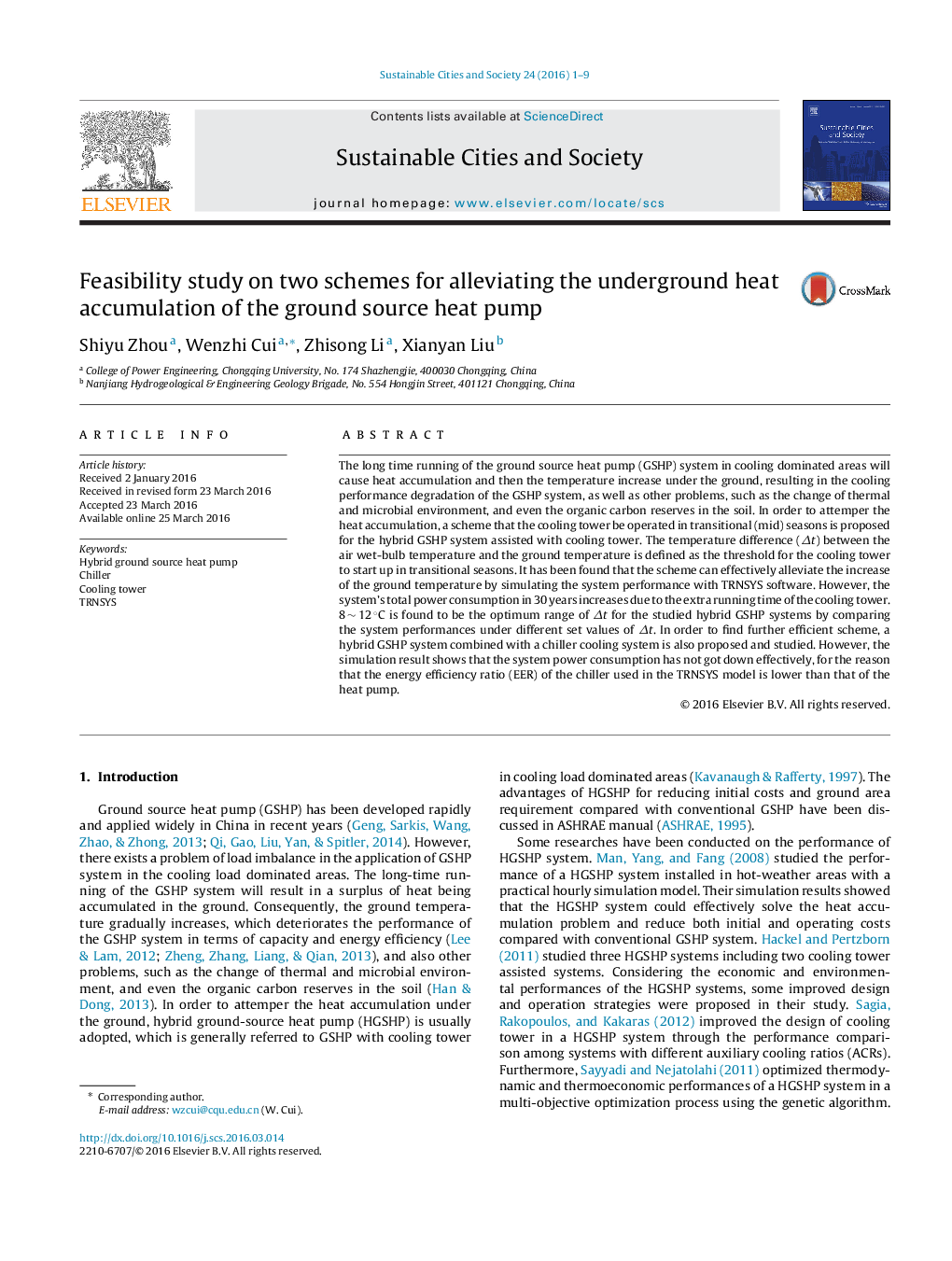 • A scheme of operating cooling tower in transitional season is proposed for HGSHP.
• The other scheme that HGSHP combined with chiller cooling system is also proposed.
• The two schemes are studied with TRNSYS software.

The long time running of the ground source heat pump (GSHP) system in cooling dominated areas will cause heat accumulation and then the temperature increase under the ground, resulting in the cooling performance degradation of the GSHP system, as well as other problems, such as the change of thermal and microbial environment, and even the organic carbon reserves in the soil. In order to attemper the heat accumulation, a scheme that the cooling tower be operated in transitional (mid) seasons is proposed for the hybrid GSHP system assisted with cooling tower. The temperature difference (Δt) between the air wet-bulb temperature and the ground temperature is defined as the threshold for the cooling tower to start up in transitional seasons. It has been found that the scheme can effectively alleviate the increase of the ground temperature by simulating the system performance with TRNSYS software. However, the system’s total power consumption in 30 years increases due to the extra running time of the cooling tower. 8 ∼ 12 °C is found to be the optimum range of Δt for the studied hybrid GSHP systems by comparing the system performances under different set values of Δt. In order to find further efficient scheme, a hybrid GSHP system combined with a chiller cooling system is also proposed and studied. However, the simulation result shows that the system power consumption has not got down effectively, for the reason that the energy efficiency ratio (EER) of the chiller used in the TRNSYS model is lower than that of the heat pump.