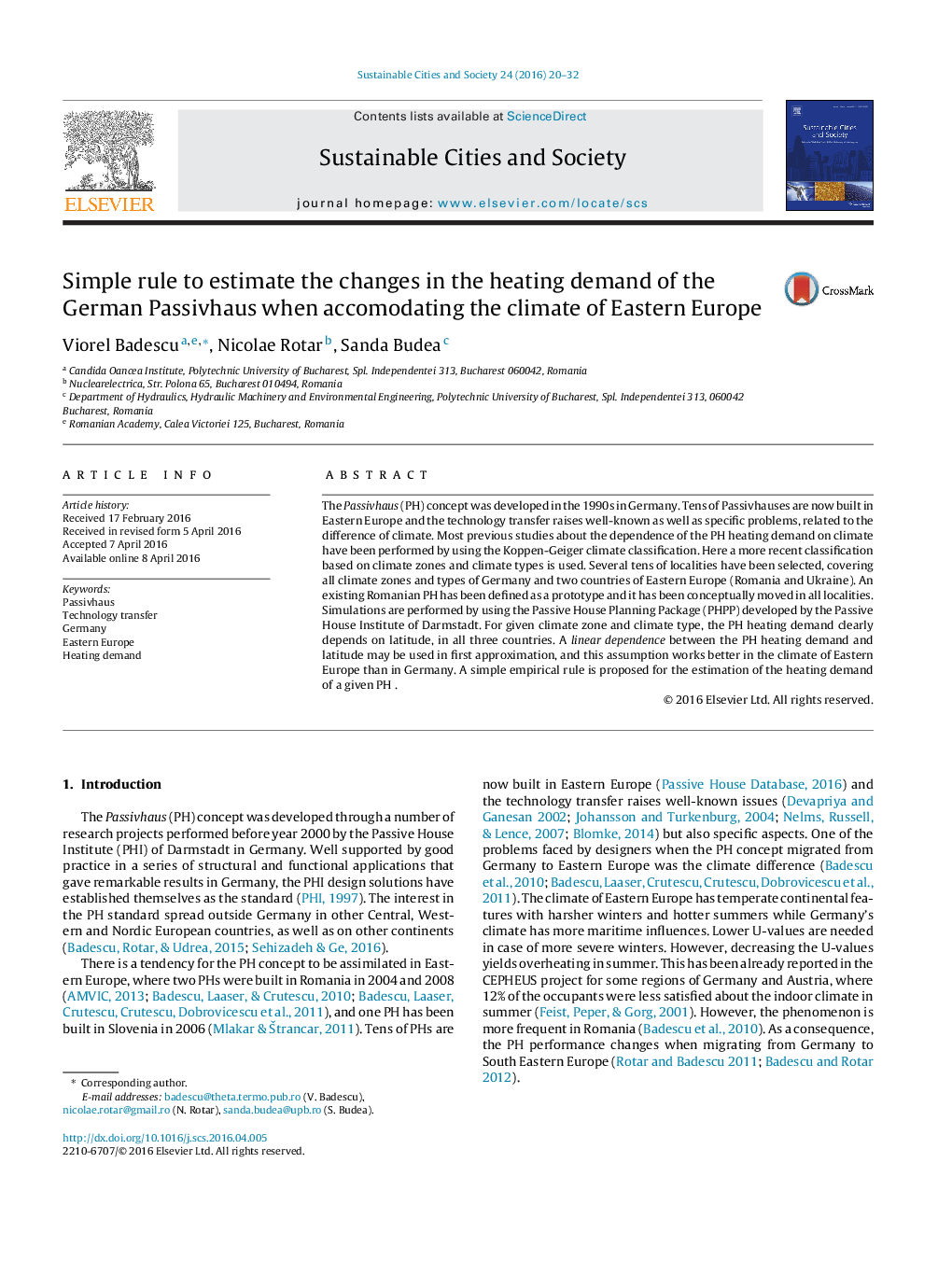 • Tens of Passivhauses are now built in Eastern Europe.
• Technology transfer from Germany raises problems related to the climate difference.
• All climate zones and types of Germany and Eastern Europe are considered.
• A simple empirical rule is proposed to estimate the heating demand.
• The rule works better in the climate of Eastern Europe than in Germany.

The Passivhaus (PH) concept was developed in the 1990s in Germany. Tens of Passivhauses are now built in Eastern Europe and the technology transfer raises well-known as well as specific problems, related to the difference of climate. Most previous studies about the dependence of the PH heating demand on climate have been performed by using the Koppen-Geiger climate classification. Here a more recent classification based on climate zones and climate types is used. Several tens of localities have been selected, covering all climate zones and types of Germany and two countries of Eastern Europe (Romania and Ukraine). An existing Romanian PH has been defined as a prototype and it has been conceptually moved in all localities. Simulations are performed by using the Passive House Planning Package (PHPP) developed by the Passive House Institute of Darmstadt. For given climate zone and climate type, the PH heating demand clearly depends on latitude, in all three countries. A linear dependence between the PH heating demand and latitude may be used in first approximation, and this assumption works better in the climate of Eastern Europe than in Germany. A simple empirical rule is proposed for the estimation of the heating demand of a given PH .