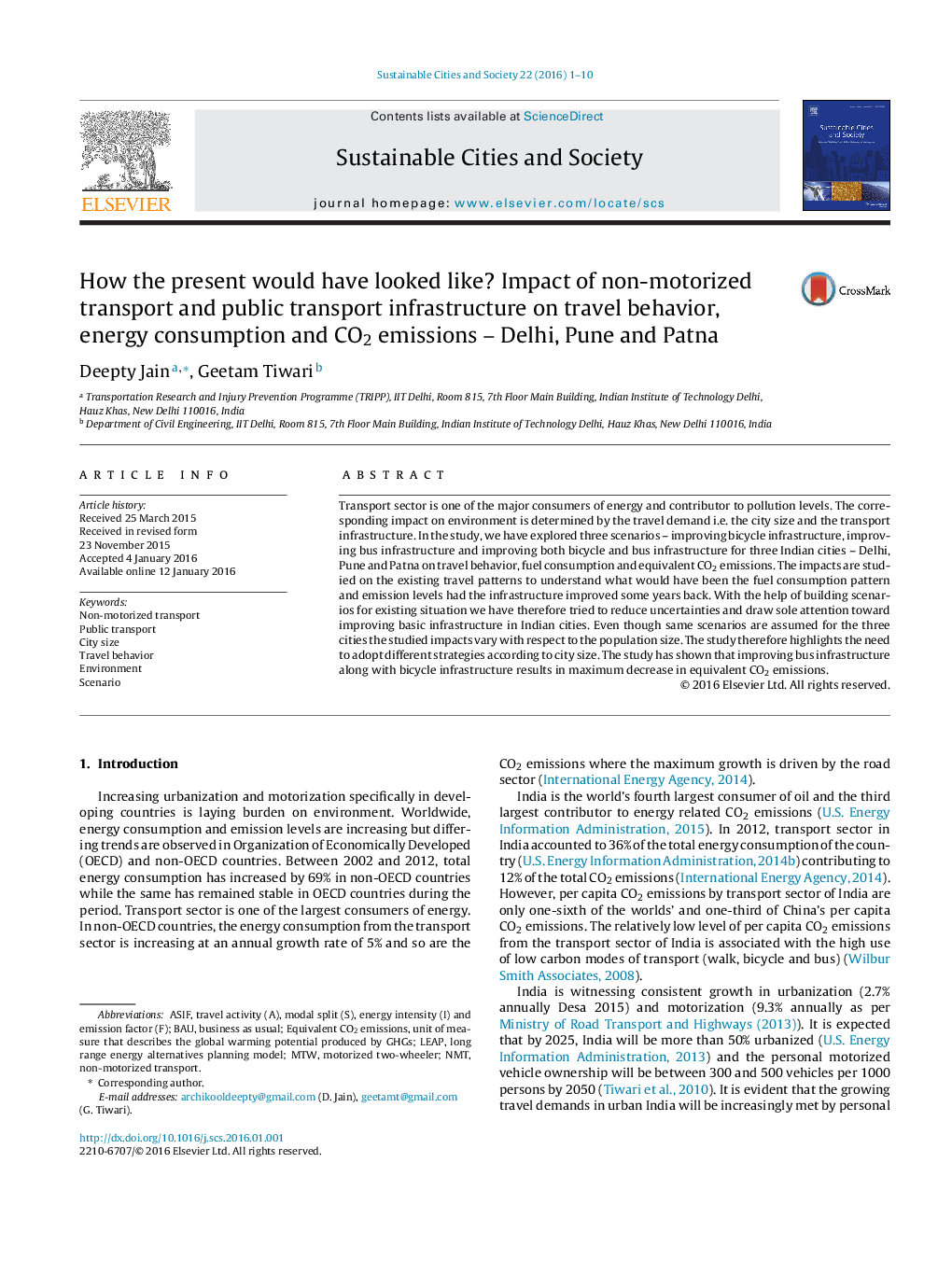 Transport sector is one of the major consumers of energy and contributor to pollution levels. The corresponding impact on environment is determined by the travel demand i.e. the city size and the transport infrastructure. In the study, we have explored three scenarios – improving bicycle infrastructure, improving bus infrastructure and improving both bicycle and bus infrastructure for three Indian cities – Delhi, Pune and Patna on travel behavior, fuel consumption and equivalent CO2 emissions. The impacts are studied on the existing travel patterns to understand what would have been the fuel consumption pattern and emission levels had the infrastructure improved some years back. With the help of building scenarios for existing situation we have therefore tried to reduce uncertainties and draw sole attention toward improving basic infrastructure in Indian cities. Even though same scenarios are assumed for the three cities the studied impacts vary with respect to the population size. The study therefore highlights the need to adopt different strategies according to city size. The study has shown that improving bus infrastructure along with bicycle infrastructure results in maximum decrease in equivalent CO2 emissions.