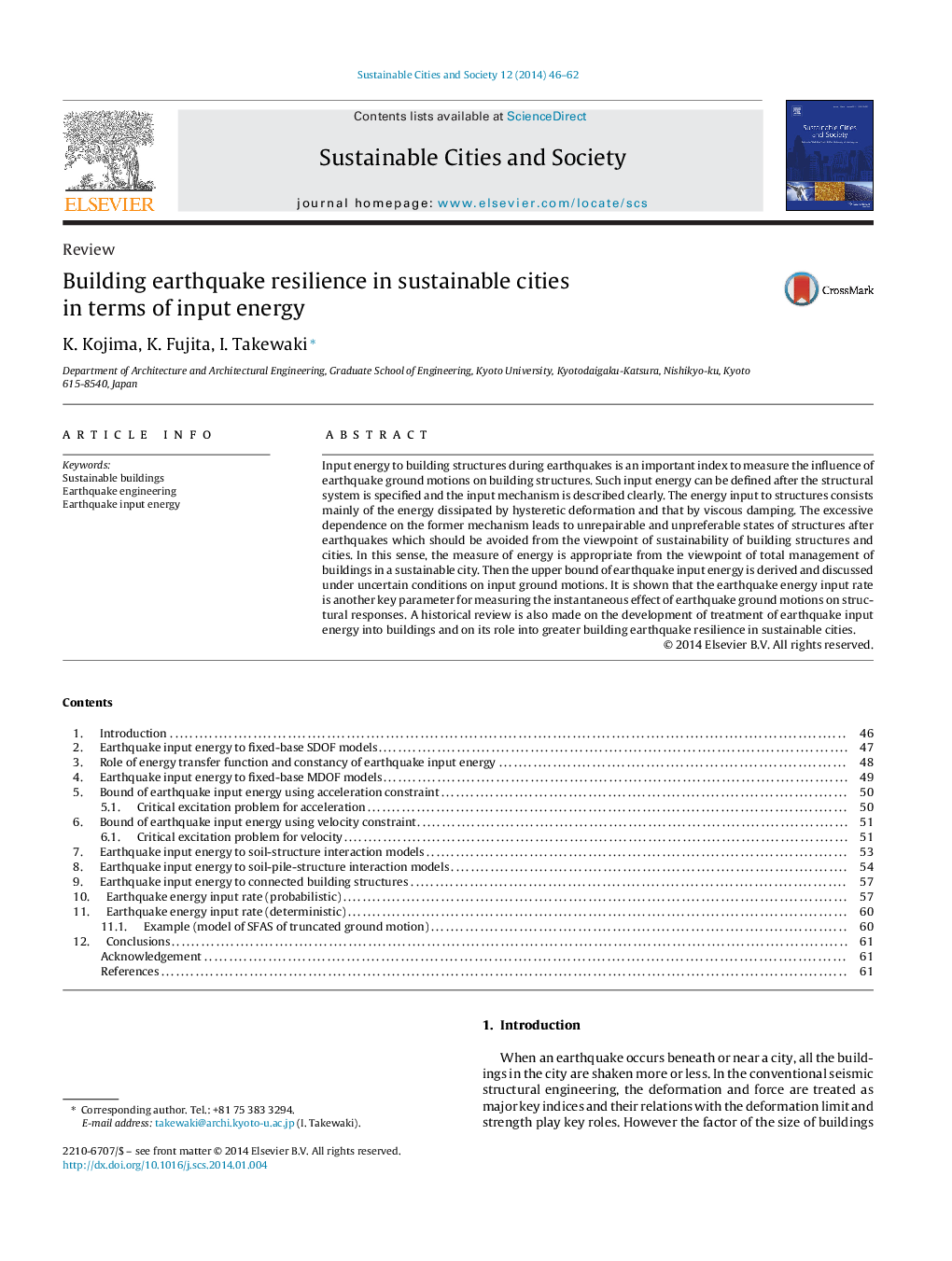 Input energy to building structures during earthquakes is an important index to measure the influence of earthquake ground motions on building structures. Such input energy can be defined after the structural system is specified and the input mechanism is described clearly. The energy input to structures consists mainly of the energy dissipated by hysteretic deformation and that by viscous damping. The excessive dependence on the former mechanism leads to unrepairable and unpreferable states of structures after earthquakes which should be avoided from the viewpoint of sustainability of building structures and cities. In this sense, the measure of energy is appropriate from the viewpoint of total management of buildings in a sustainable city. Then the upper bound of earthquake input energy is derived and discussed under uncertain conditions on input ground motions. It is shown that the earthquake energy input rate is another key parameter for measuring the instantaneous effect of earthquake ground motions on structural responses. A historical review is also made on the development of treatment of earthquake input energy into buildings and on its role into greater building earthquake resilience in sustainable cities.