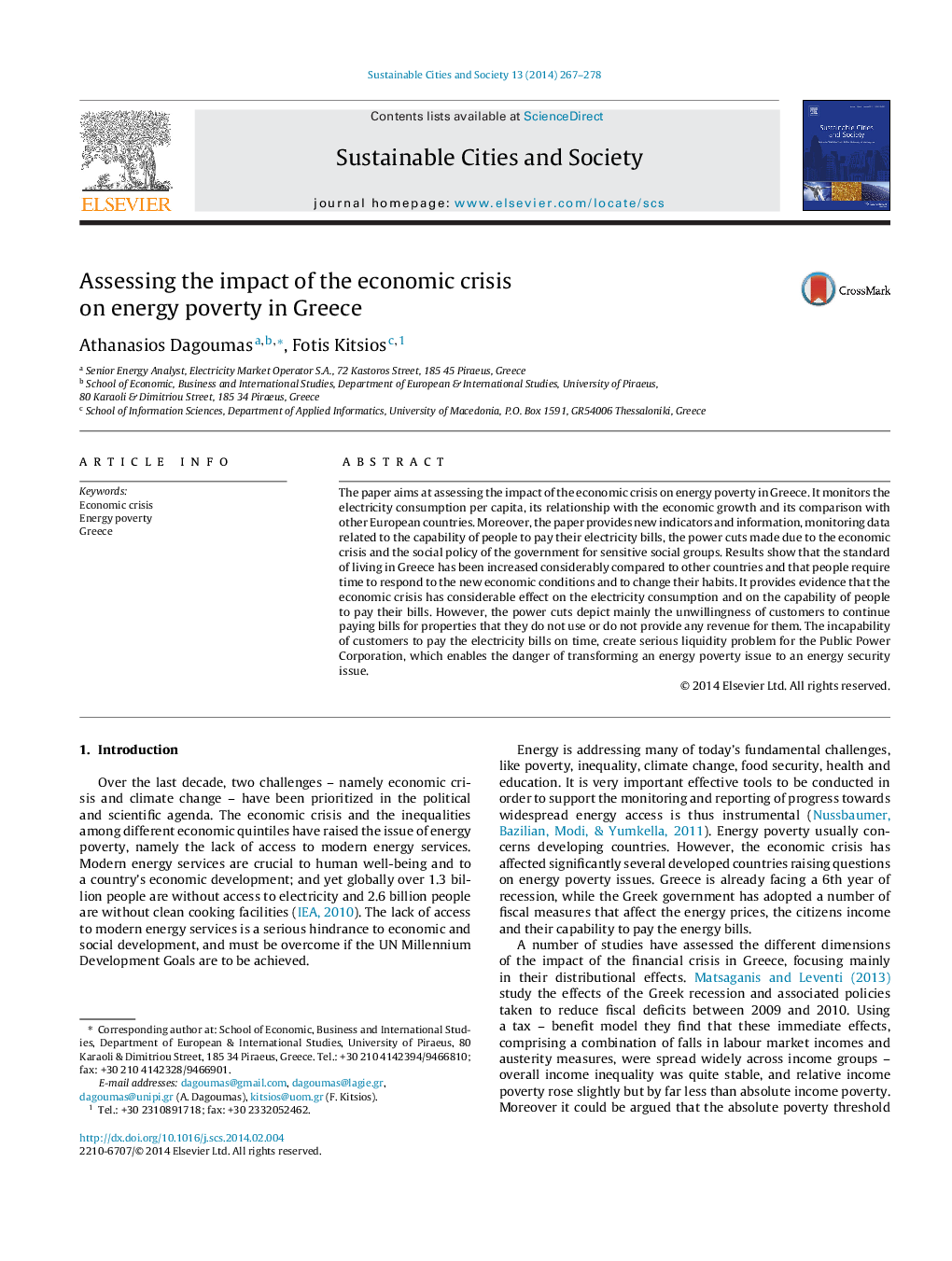 • The paper aims at assessing the impact of the economic crisis on energy poverty in Greece.
• Considerable effect on electric demand and on capability of people to pay their bills.
• Power cuts depict mainly the willingness of people to decrease unnecessary spending.
• Liquidity problem could transform an energy poverty to an energy security issue.

The paper aims at assessing the impact of the economic crisis on energy poverty in Greece. It monitors the electricity consumption per capita, its relationship with the economic growth and its comparison with other European countries. Moreover, the paper provides new indicators and information, monitoring data related to the capability of people to pay their electricity bills, the power cuts made due to the economic crisis and the social policy of the government for sensitive social groups. Results show that the standard of living in Greece has been increased considerably compared to other countries and that people require time to respond to the new economic conditions and to change their habits. It provides evidence that the economic crisis has considerable effect on the electricity consumption and on the capability of people to pay their bills. However, the power cuts depict mainly the unwillingness of customers to continue paying bills for properties that they do not use or do not provide any revenue for them. The incapability of customers to pay the electricity bills on time, create serious liquidity problem for the Public Power Corporation, which enables the danger of transforming an energy poverty issue to an energy security issue.