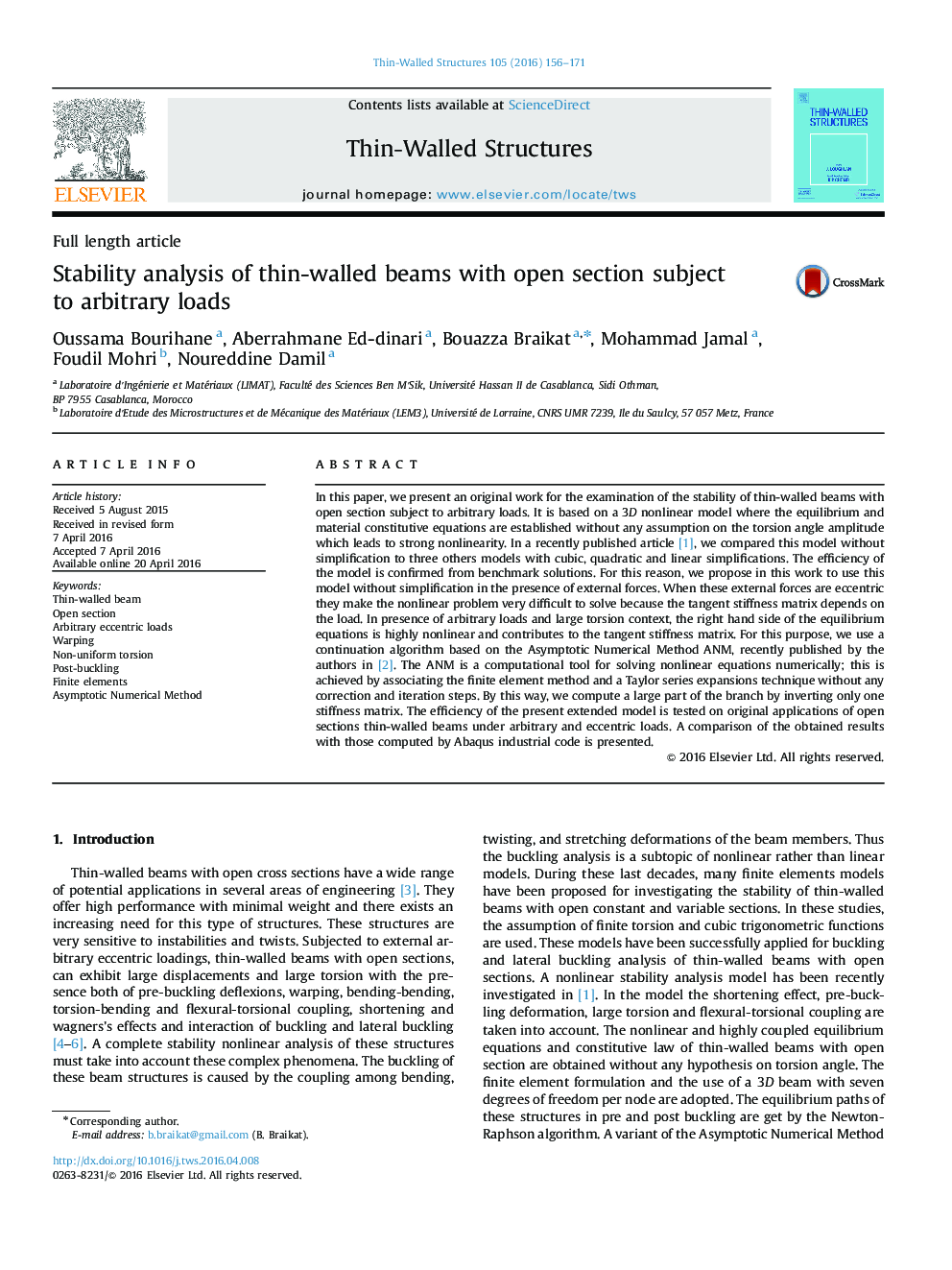 In this paper, we present an original work for the examination of the stability of thin-walled beams with open section subject to arbitrary loads. It is based on a 3D nonlinear model where the equilibrium and material constitutive equations are established without any assumption on the torsion angle amplitude which leads to strong nonlinearity. In a recently published article [1], we compared this model without simplification to three others models with cubic, quadratic and linear simplifications. The efficiency of the model is confirmed from benchmark solutions. For this reason, we propose in this work to use this model without simplification in the presence of external forces. When these external forces are eccentric they make the nonlinear problem very difficult to solve because the tangent stiffness matrix depends on the load. In presence of arbitrary loads and large torsion context, the right hand side of the equilibrium equations is highly nonlinear and contributes to the tangent stiffness matrix. For this purpose, we use a continuation algorithm based on the Asymptotic Numerical Method ANM, recently published by the authors in [2]. The ANM is a computational tool for solving nonlinear equations numerically; this is achieved by associating the finite element method and a Taylor series expansions technique without any correction and iteration steps. By this way, we compute a large part of the branch by inverting only one stiffness matrix. The efficiency of the present extended model is tested on original applications of open sections thin-walled beams under arbitrary and eccentric loads. A comparison of the obtained results with those computed by Abaqus industrial code is presented.